With the 20th presidential election approaching six days away, three terrestrial broadcasters, including SBS, conducted a final joint poll. The investigation period was from March 1 to 2, and was conducted before candidate Ahn Cheol-soo of the People's Party resigned, and candidate Ahn was also included in the results. 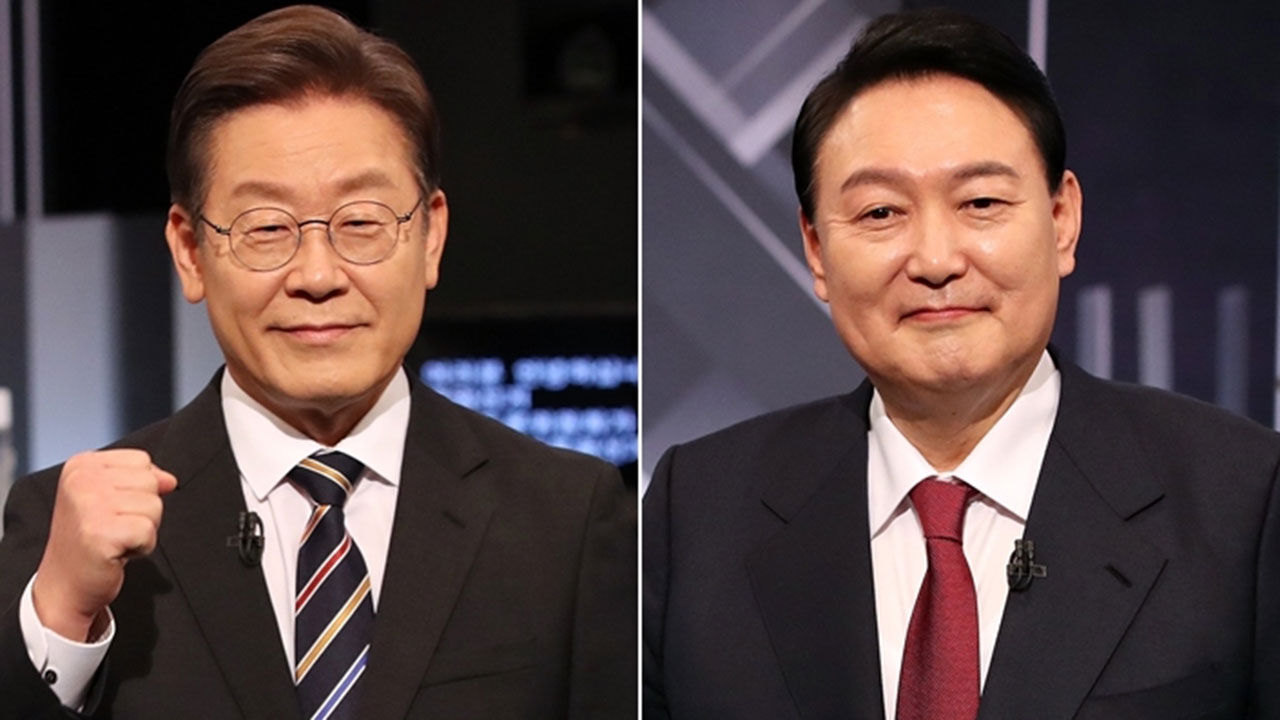 The investigation period was from March 1 to 2, and was conducted before candidate Ahn Cheol-soo of the People's Party resigned, and candidate Ahn was also included in the results.

First, if tomorrow is election day, I asked who they would vote for.

9.6% of those who answered that they did not support any candidate or did not know.

If we look at the support groups of candidates Jae-myung Lee and Seok-yeol Yoon by ideological orientation, in the middle class of 'casting boat', candidate Yoon was 'outside the margin of error'.

By region, in the 'key game' metropolitan area, candidate Yoon had the upper hand in Seoul, while Incheon and Gyeonggi Province were close.

The chances of winning were Jae-myung Lee 41.3% and Seok-yeol Yoon 47.1%, with more responses predicting candidate Yoon.

Regarding the nature of the presidential election, 35.8% needed to empower the ruling party candidate to extend the government, and 54.5% needed to strengthen the opposition candidate for regime change.

Regarding the evaluation of President Moon Jae-in's state management, 43.4% were positive and 54% were negative.

Other details will be delivered on 'SBS 8 News' starting at 7:50 PM tonight.

For this survey, three terrestrial broadcasters including SBS commissioned the presidential exit polls, such as Ipsos, to get responses from 2,03 voters nationwide on the 1st and 2nd, just before the public opinion poll ban period, and the sampling error is 95% reliable. ±2.2 percentage points to the level.

The three broadcasting companies will conduct a joint exit poll on the day of the presidential election on March 9, and deliver the results at 7:30 pm, when all voting for corona confirmed patients is closed.

Weighting method: Weighted by gender, age, and region (cell weighted/end of January 2022 Based on the resident registration population of the Ministry of Public Administration and Security)