Is Egypt left with options after the official operation of the Renaissance Dam?

Analysts believe that Egypt's options have become very limited in the issue of the Renaissance Dam, especially after the recent Ethiopian step of officially announcing the operation of the dam. 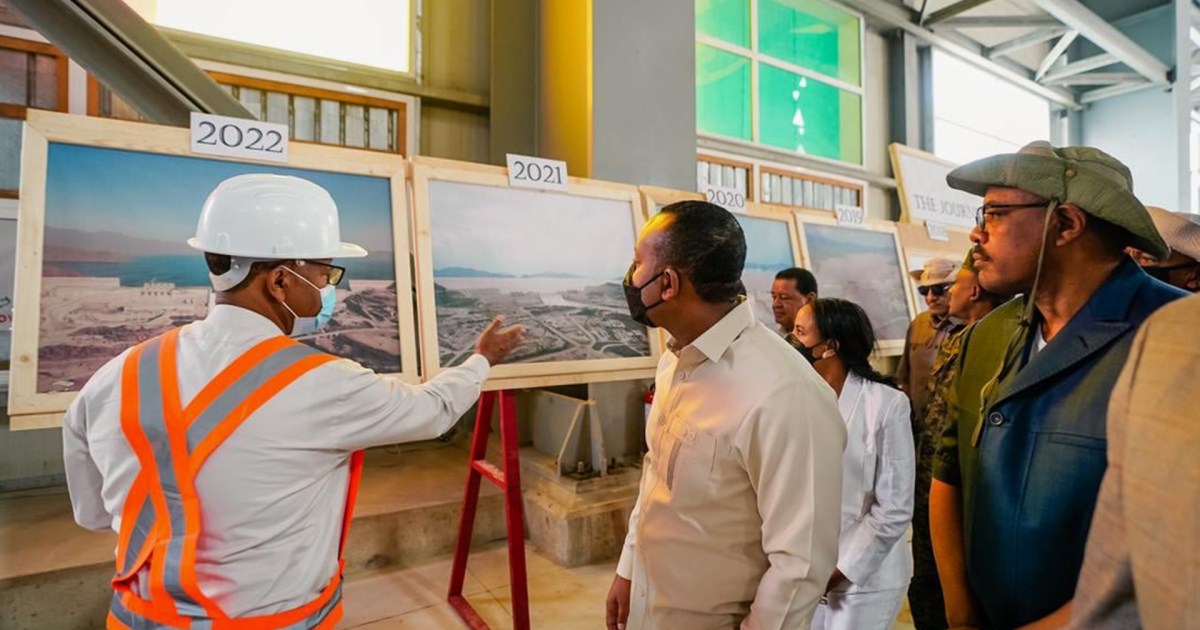 Several days ago, unilaterally, Ethiopia officially announced the start of generating electricity from the Renaissance Dam, which it is building on the Blue Nile in the Benishangul region on the Ethiopian-Sudanese border.

Cairo and Khartoum refuse to fill the dam's lake without reaching a comprehensive and binding legal agreement for the rules of operation, especially during periods of drought.

The Ethiopian move, which represents an actual start to operate the dam without referring to the downstream countries, Egypt and Sudan, sparked a lot of anger within the popular and official circles in Egypt. Dam negotiations that have been going on for nearly a decade?

Will Cairo have options to deal with the new reality of the Ethiopian dam crisis?

Although more than a week has passed since Abi Ahmed visited the Renaissance Dam and announced the official operation of the dam, which observers described as an unprecedented provocation and challenge by Addis Ababa to the governments of Egypt and Sudan;

The official Egyptian response stopped at the statement of the Ministry of Foreign Affairs.

What will Cairo do?

Following the Ethiopian move, social media sites were buzzing with questions: How will Egypt respond to this Ethiopian challenge?

What circles will you move in?

Has the time for negotiation ended and the search for other solutions became an inevitable necessity?

The opposition jurist Haitham Abu Khalil (residing abroad) seemed to be asking - through his Twitter account - to resort to a military solution, while the former Minister of Irrigation, Dr. Mohamed Nasr Allam, believes that what Ethiopia has done represents a failure, referring to what he described as "Ethiopian exaggeration." In exaggerating the celebration of generating simple electricity from the Renaissance Dam, to its desire to cover up the worsening internal conditions and the loss of tens of thousands of dead and the spread of famine among the victims of the civil war, he said.

O Eagles of the Air

instead of drinking the sewage,

the people did not fall short with you

In contrast to Allam, the director of the (non-governmental) Arab and African Research Center, Mustafa Magdy El-Gamal, said that "Egypt's position has become very critical and difficult."

He added, in statements to Al-Hurra website, that "Egypt's delay in taking any decisive position on the issue of the dam, in addition to the situation in Sudan and the Ethiopian influence within it, all of these matters restrict the Egyptian regime and make it idly by, even at the diplomatic level," noting that "the current international situation" Another reason does not help Egypt take a violent stance in this file, especially since most African countries stand with Ethiopia as a development dam.

He pointed out that Russia and China have interests in the rivers, and they participate in a number of similar dams in some neighboring African countries, as Turkey did with Iraq.

Among the things on which large sectors of the Egyptian people pin their hopes for an end to the crisis of the Ethiopian dam, which is seen as the greatest existential threat to the Egyptian state, is the collapse of the dam, as the local media has repeatedly reported that the dam is located in an area of ​​very dangerous rock collapses.

But the famous Egyptian geologist Farouk El-Baz recently confirmed that the dam will not collapse, and that the dam's body is completely safe.

He pointed out - in statements to the Egyptian media - that those responsible for the construction of the dam chose the place of its construction very carefully, and that international companies and those that contributed to building the dam and spent millions, would not have done this if they were not sure that their money was in place.

Despite Al-Baz’s high-level scientific position, Professor of Geology at Cairo University, Water Resources Expert Abbas Sharaki responded to him, and said that his statements were inaccurate and unscientific, adding, in statements to the “TeN” satellite channel, that what Dr. El-Baz said was not scientific and not based on studies. And that "the Renaissance Dam is currently being built with pure Ethiopian money, and its capacity was scheduled to be 11 billion cubic meters, but the former Ethiopian Prime Minister raised its capacity to 74 billion cubic meters, which makes it threatened with collapse," he said.

Al Jazeera Net spoke to Dr. Khalil al-Anani, professor of political science at Johns Hopkins University, where he expressed his belief that Egypt's options have become very limited in the issue of the Renaissance Dam, especially after the recent Ethiopian step of officially announcing the operation of the Renaissance Dam, and that "the remaining options for Egypt are Options as a matter of reducing harm, not achieving benefit,” stressing that the dam’s existence and its work have become a fait accompli that Egypt cannot stop.

Al-Anani considered that the most that Egypt can obtain is guarantees from Ethiopia of the necessity of consultation and cooperation during periods of drought in order to reduce risks, adding that "to achieve this, Egypt will have to ensure Sudan's support for its position, and try to obtain Chinese, Russian, American and European support regarding the issue." .

As for the other, more pessimistic option, but it may be on its way to becoming a reality, according to Al-Anani, it is to start thinking about buying water from Ethiopia unless an agreement or guarantees are reached that Egypt will not be affected by the mobilization process, especially in times of drought.

From Al-Anani's viewpoint, the Declaration of Principles Agreement signed in March 2015 ended Egypt's rights to the waters of the Nile River for the first time in the river's multi-million-year history.

It is worth noting that the Declaration of Principles Agreement was signed in the Sudanese capital, Khartoum, between Egypt, Ethiopia and Sudan, on March 23, 2015, at a tripartite summit that included the leaders of the three countries, in the presence of a representative of the World Bank.

Analysts believe that this agreement is what enabled Ethiopia to obtain international financing for the Renaissance Dam.

The Egyptian Minister of Water Resources and Irrigation, Dr. Mohamed Abdel-Aty, had confirmed the state's readiness to deal with all scenarios related to the Ethiopian Renaissance Dam crisis, according to what was published by the government newspaper Al-Ahram.

During a dialogue session held last Saturday at the headquarters of the Ministry of Irrigation regarding the latest developments in the Nile water issue, the minister stressed that Egypt will not allow a water crisis to occur, stressing that “the state is moving in several political and legal directions regarding the Ethiopian dam,” and “that it does not work under the pressure".

He added that the Ethiopian dam is large in size, and there must be a binding agreement, exchange of data and cooperation from the Ethiopian side to achieve gains for all, not unilateral action.

Egypt's permanent representative to the United Nations, Ambassador Osama Abdel-Khaleq, had announced that he would submit a letter to the UN Security Council to clarify Egypt's official objection to the step of officially declaring Ethiopia to generate electricity from the Renaissance Dam.

The Egyptian speech to the Security Council described the Ethiopian declaration as a fundamental breach of the Declaration of Principles agreement signed in 2015.