The 20th presidential election is now a week away. The four major presidential contenders went all-out yesterday, and today is focused on preparing for the final TV debate. Candidate Dong-yeon Kim announced his support for Candidate Jae-myung Lee and resigned. 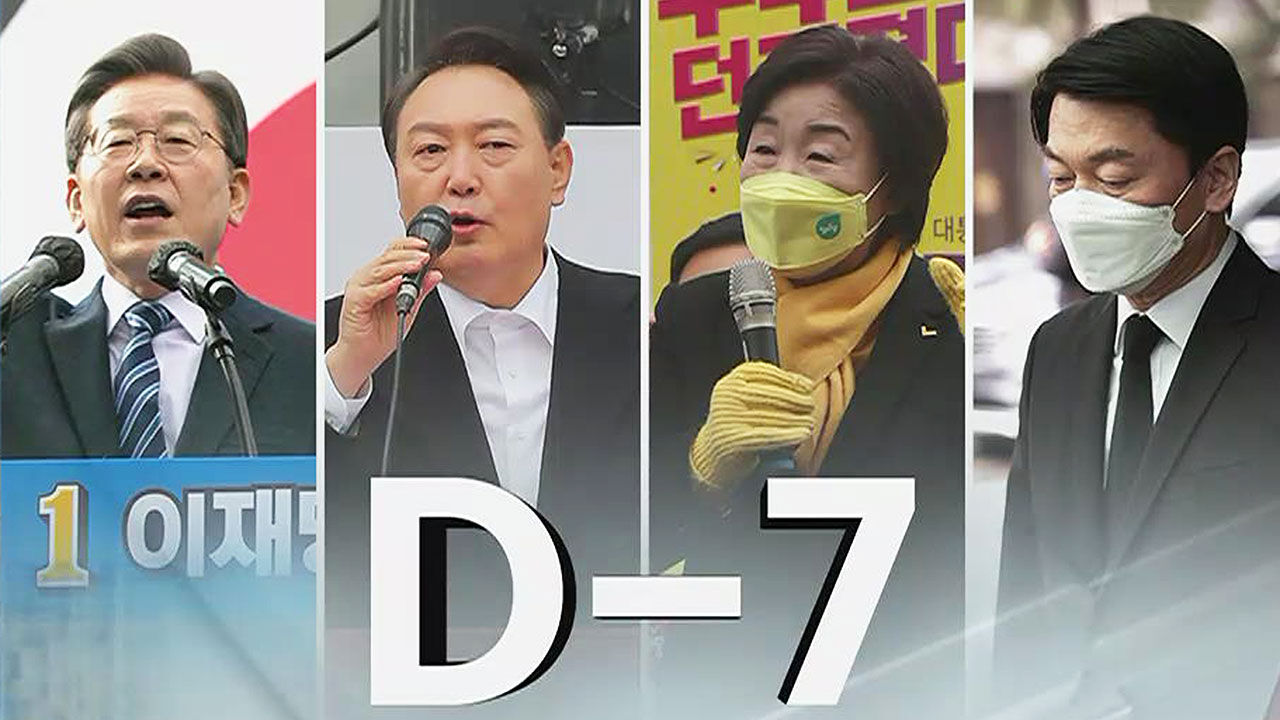 20th presidential election is just a week away.

The four major presidential contenders played an all-out battle yesterday (the 1st), and today is focused on preparing for the final TV debate.

Democratic Party candidate Lee Jae-myung, who held a large Taegeukgi in the middle of Myeong-dong and marched on March 1st.

[Lee Jae-myung/Democratic Presidential Candidate: A genuinely unified politics that unites the people's capabilities, a grand unified government of the people's government, shouldn't we make it with our own hands, everyone?]

Candidate Dong-yeon Kim, who made a joint declaration for political change with Candidate Lee yesterday. announced today his support for this candidate and resigned from his candidacy.

Yoon Seok-yeol, the People's Power Candidate, who chose Sinchon Youth Street as the venue for the March 1st All-out campaign.

Candidate Yoon has repeatedly made it clear that this election is a refereeing election for the regime.

Justice Party candidate Shim Sang-jung, who campaigned in Paju, Gyeonggi-do and Goyang, the constituency, criticized the diplomatic and security remarks of major bipartisan candidates, such as 'sinking a Chinese fishing boat' and 'deploying THAAD'.

People's Party candidate Ahn Cheol-soo visited the funeral home of the late former Minister of Culture, Lee Ee-ryung, and said he was willing to meet any politician when asked by a reporter about whether to meet with candidate Yoon Seok-yeol.