As you can see, war has left a deep scar on children by dividing families overnight and destroying peaceful daily life. Now, let's take a look at the news of Ukraine's neighboring country, where people who have fled their homeland to escape the war are gathering. 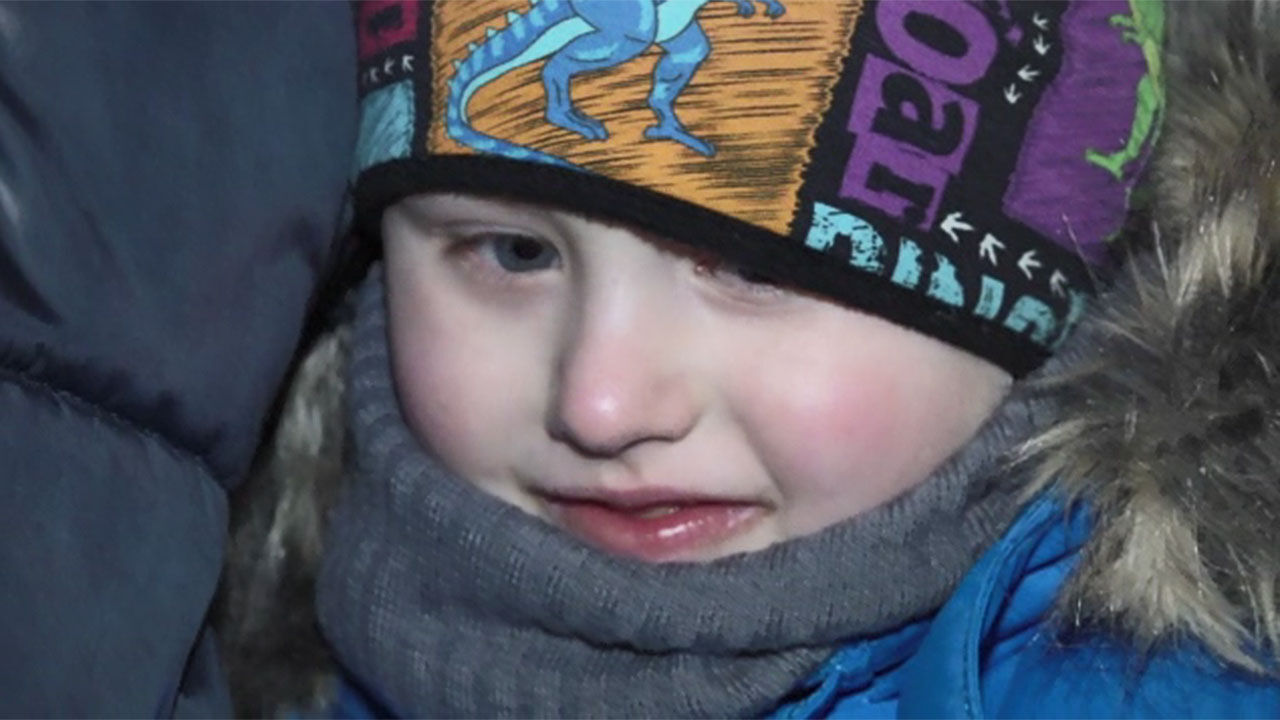 Now, let's take a look at the news of Ukraine's neighboring country, where people who have fled their homeland to escape the war are gathering.

Reporter Kwak Sang-eun, it is snowing today as well as yesterday (the 1st).

It looks pretty cold, how's the weather there?

Yes, I am standing in front of the checkpoint on the Syret border between Ukraine and Romania.

Can you see the blue tents behind me?

It's March, but here it's been snowing all week and it's been biting cold.

That's why nearly 20 tents have been set up here so that people crossing the Ukrainian border can warm up even for a moment.

I heard the stories of people who became separated families overnight, let's see them together.

[Ruba / Ukrainian refugees: I think the billionaire is collapsing.

Her husband stayed in Kiev (Kiev) and I was the only one with the baby.]

Her infant Luba, a young mother who crossed the border alone with her daughter Alexia.

When she thinks of her husband in the war, she can't stop the tears from flowing.

[Ruba / Ukrainian Refugee: This won't be the last time, she said that they would see each other soon and broke up with her husband.]

[Olesia/Ukrainian refugees: My husband remains in Kiiu, but the situation is not very good there.]

Even a young son knows that his father is left alone in the middle of the battlefield. I know.

[Olesia / Ukrainian refugees: I left Kiiu on the 24th, and tanks were entering the city intersection.

Her son saw it too.]

Six-year-old Nikita, a six-year-old girl, separated from her father and her grandfather and began her refugee journey, and her number of horses dwindled considerably.

Grandma, mom, and three little girls have crossed the border, but they don't know where to go from now on.

[Natasha (grandmother)/Ukrainian refugee: I don't know what to say.

I never even dreamed that there would be a war.]

[There is a seat on the bus going to Bucharest (Romania's capital).]

The pathless evacuation of those who left their country behind Dad and Husband is just beginning.

I hope everyone goes home as soon as possible.

Are you saying that the supplies to help Ukraine are steadily passing?

The Romanian government is delivering relief supplies at the request of Ukraine.

We continue to deliver food and water, mattresses and blankets, and medicines for use by those living in evacuation facilities.

[Artu Munteanu / Vice Governor of Chernivuchi, Ukraine: Aid supplies will be sent preferentially to areas where fighting is fierce, such as Kiev and Kharkiv.]

Lastly, please tell us about the situation of our Koreans who are still in Ukraine.

Yes, the Ministry of Foreign Affairs understands that the number of Koreans residing in Ukraine so far reaches 42.

In addition, we will continue to provide evacuation assistance to Koreans wishing to leave Ukraine.

▶ Digging a bomb shelter and working with firewood…

"Leave the capital and leave"