“Almond mass? That word does not exist in Sami! ”

Buäjjdedijstak, ie fetish day, is a Swedish tradition. But at home in Ranberg Wickberg's kitchen, it is celebrated by four generations of Sami. But is there any word for almond mass in Sami at all? 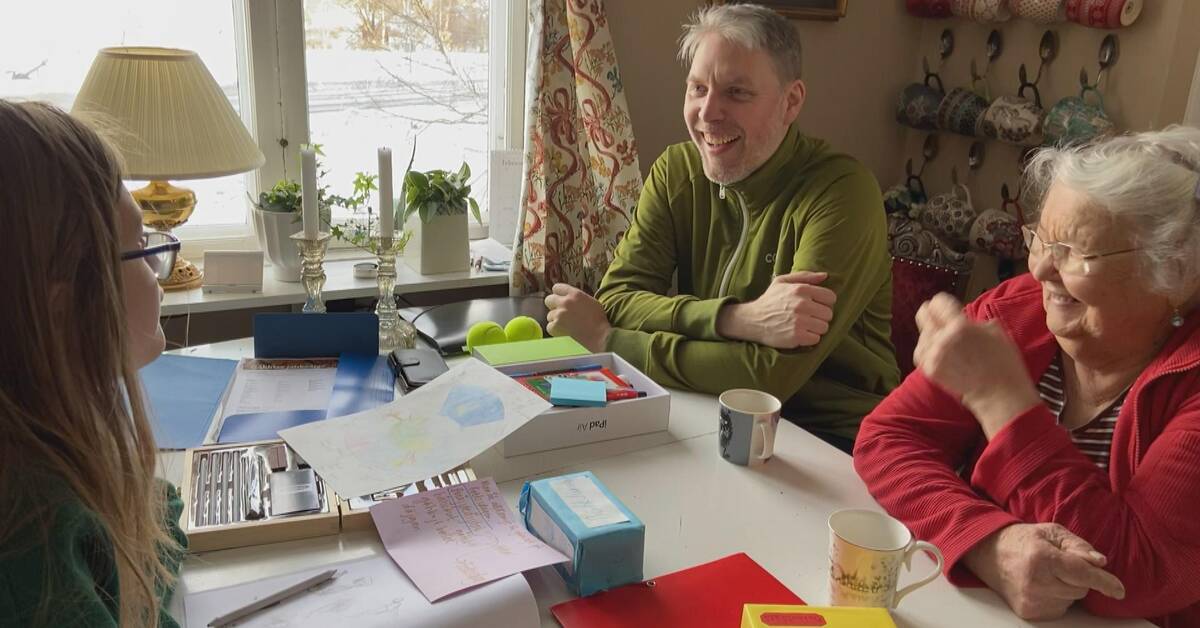 Opposite Mirja is great-grandmother Ester, who is 92 years old.

She was only allowed to speak Swedish at school, Sami was spoken at home and during breaks.

Her children and grandchildren did not have the opportunity to read Sami at school either, but for the great-granddaughter Mirja there is the opportunity even though she is alone at home in Holmsund.

When SVT Sápmi visits, her mother tongue teacher Peter Steggo is also there and language baths are mixed with semlebak.

- We look at the seasons, the winter, what happens then and what words you need, says Peter Steggo who is a teaching teacher.

Mirja has small boxes on the table with Sami signs, a drawing with all the seasons and more and more words are being filled.

Great-grandmother Ester does not have many people to speak Sami with, but Peter is interested and listens sensitively.

- It is clear that you learn and listen extra when you have someone who has spoken the language since childhood and who has such a beautiful and nuanced language, says Peter Steggo.

He believes that there is a great interest in Sami, that the language has had a renaissance.

When the lesson is over and Mirja packs the school bag, the conversation begins to be about the ingredients in the rolls that have now been given flour sugar on top of mother Christina.

That word does not exist in Sami.

Here you have to figure out a little how that word should be said, Peter thinks and turns to Ester.

She shakes her head.

Semlor does not really have a Sami tradition, so the word may be re-created or you may see outside the Pite Sami if any of the other Sami languages ​​have created a word.

Fresh rolls are served to those who wish.

Ester says that this spring she will have a great-great-grandchild, they will be the fifth generation, she wants to be a part of that.