"To stop the war" "To help Ukraine"... people crossing borders

As the number of refugees heading to other countries continues to rise, the road to western Poland is severely congested. There are also SBS correspondents in Romania, Moldova, and Hungary, which are located on the southwestern border of Ukraine, and Ciret, Romania, which is the main route for evacuation. 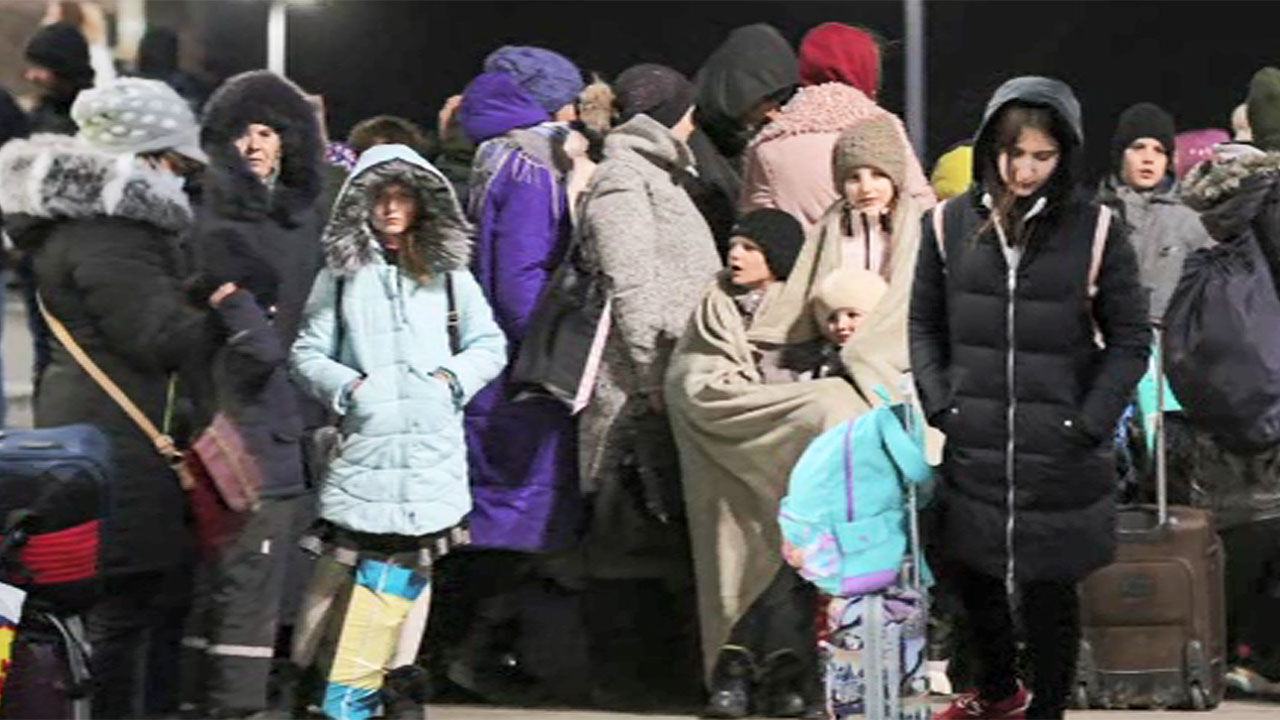 As the number of refugees heading to other countries continues to increase, the road to western Poland is severely congested.

There are also SBS correspondents in Romania, Moldova, and Hungary, which are located on the southwestern border of Ukraine, and Ciret, Romania, which is the main route for evacuation.

Correspondent Kwak Sang-eun, did you arrive at the border village there today (the 1st)?

Yes, I am standing on the Syret border between Ukraine and Romania.

There are no direct flights to Romania, so our reporters went to Bucharest, the capital of Romania, via neighboring countries.

On the plane coming, I was able to meet Ukrainians heading to their homeland to participate in the war.

Badam Fedorov, who works as a sailor in Africa, did not hesitate to pack up the news of the war in his country.

[Badam Fedorov/Ukrainian: War broke out in my homeland.

I will do anything to stop the war and stop Putin.]

His father is Russian, he said he was shocked by the invasion, which was in the name of protecting Russian descent.

But you're going to invade your brother with rockets and tanks?]

Fear could not be read in his eyes as he was about to enter the war.

[Badam Fedorov/Ukrainian: There is both fear and responsibility, but the responsibility to protect the country is stronger than fear.]

Still, he said that he could not tell his grandmother that he would participate in the war.

[Badam Fedorov / Ukrainian: did not tell her mother.

But even if I had said it, you would have known that I was determined.]

Ukraine is currently under a mobilization order, allowing adult Ukrainian men to enter the border, but once in, they cannot come out again.

[Badam Fedorov / Ukrainian: The road I am going is a path of no return.

But to stop this war, we have to go.]

Saying thank you for letting the world know about their situation, he crossed the border with other Ukrainians he met at the airport and headed for his hometown of Odessa.

There must be a lot of people crossing over from Ukraine to Romania, so please tell us about the situation at the border checkpoint.

Yes, this morning, as soon as the sun came up, I came out in front of the border checkpoint.

I was able to meet a lot of Ukrainians crossing the border.

[Lilia Luchenko/Ukrainian refugees: I arrived here alone, and my parents are still in my hometown near the Ukraine-Belarus border.

I am very worried about my parents.]

[Bojesko Rudmila/Ukrainian refugees: My husband was undergoing cancer surgery, but the Kiev hospital lost contact and came to Romania, where his relatives are.]

On both sides of the road in front of the border checkpoint, hot coffee and relief food were distributed to refugees, and emergency medical assistance was provided. Volunteers who came out for the event lined up about 100m long.

People from all over Romania work 24/7 to help refugees.

[Eliza Hanganu/Romanian Volunteer: This situation is so sad, and the Ukrainians are very concerned.

So I came out to help them in a hurry.]

Many people are worried in the same way, but it is estimated that about 500,000 people have been displaced so far.

Yes, if the war is prolonged, the number of refugees will inevitably increase.

The European Union is concerned that up to 4 million Ukrainians could flee their borders and become refugees.