War in Ukraine: follow the evolution of the fifth day of the Russian military invasion

In the aftermath of the nuclear threat brandished by Vladimir Putin, the Russian offensive in Ukraine begins its fifth day. Russian forces attempted to storm the capital, Kiev, without success overnight from Sunday to Monday. The exodus of Ukrainians continues, and the EU expects 7 million refugees.&nbsp;Europe 1 takes stock of the evolution of the situation. 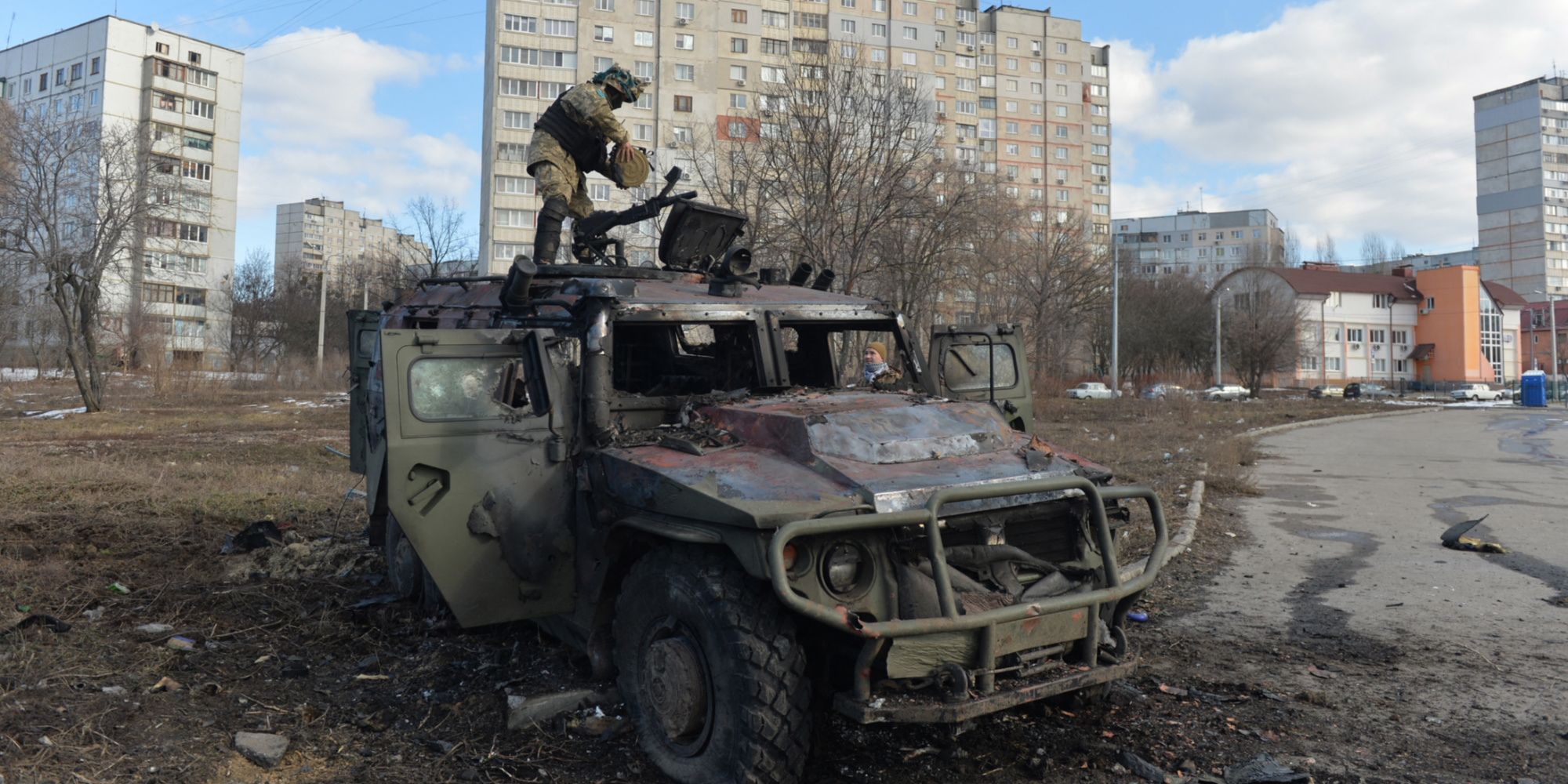 In the aftermath of the nuclear threat brandished by Vladimir Putin, the Russian offensive in Ukraine begins its fifth day.

Russian forces attempted to storm the capital, Kiev, without success overnight from Sunday to Monday.

The exodus of Ukrainians continues, and the EU expects 7 million refugees.

Europe 1 takes stock of the evolution of the situation.

The Russian offensive on Ukraine, which is resisting fiercely, continues Monday after the nuclear threat brandished by Vladimir Putin, to which the Europeans responded by promising to supply weapons to Kiev.

Vladimir Putin, whose forces on the ground are facing Ukrainian resistance and Western mobilization, ordered on Sunday to "put the Russian army's deterrent forces on special alert", regarding the nuclear forces, citing "the warlike declarations of NATO" and the "illegitimate" sanctions imposed on Russia.

- Russian attacks repelled on the outskirts of Kiev

- human losses on the Russian side

Ukrainian President Volodymyr Zelensky hailed the formation of an international "anti-war coalition" to support Ukraine and called on foreigners to come and fight "against Russian war criminals" in an emerging "International Legion".

On the ground, the Ukrainian army said Monday morning that Russian forces had tried “several times” to storm the outskirts of Kiev overnight, but that all attacks were repelled.

"The situation in the capital of our homeland is under control," the army assured on Facebook.

The city, under curfew until 8 a.m. Monday (6 a.m. GMT), was also targeted overnight by three Russian missile attacks, one of which was destroyed, said Oleksiï Arestovitch, adviser to the Ukrainian president.

Berdyansk occupied, strong explosions in Kharkiv, losses on the Russian side

The city of Berdiansk (south, 110,000 inhabitants), on the other hand, is now "occupied by our enemy", declared Oleksiï Arestovitch in a video published on Telegram overnight from Sunday to Monday.

For its part, the Russian Ministry of Defense claimed to have surrounded the city of Kherson (south, 290,000 inhabitants).

The Russian army for the first time on Sunday recognized human losses, without quantifying them.

Ukraine "will not capitulate"

The presidency of Ukraine has indicated that it has agreed to talks with Russia on the border with Belarus, near Chernobyl.

Russia had indicated that they would take place this Sunday.

The head of Ukrainian diplomacy Dmytro Kouleba, however, warned that his country will not "capitulate".

"I don't really believe in a result", but "we have to try", declared Volodymyr Zelensky.

The flood of refugees continues to grow

The flood of refugees fleeing Ukraine continues to grow, as Kiev accuses Russia in the International Court of Justice of planning genocide in Ukraine.

Since Thursday, some 368,000 refugees have fled to neighboring countries and their number "continues to increase", announced the UN High Commissioner for Refugees.

The EU said it expected more than 7 million displaced people.

At the Medyka border crossing in Poland, Katarzyna Jasinska, 25, hands a warm children's jacket to a Ukrainian man.

"Some came with nothing or just a handbag. While fleeing, they didn't have time to take anything with them. Some are injured. They just need help. everything", says this veterinary technician, moved to tears.

France will bring to the UN Security Council on Monday a resolution on humanitarian aid to Ukraine.

In Europe, hundreds of thousands of people in the yellow and blue colors of Ukraine marched to denounce the Russian invasion, and in Russia a few thousand people again defied the ban on demonstrations to say "No to war ".