Samir Sabry is exposed to a health problem, and the Egyptian presidency intervenes to treat him

Egyptian President Abdel Fattah El-Sisi responded to the artist’s request, Samir Sabry, to receive treatment at the state’s expense, after he suffered a health crisis, which led to him entering a hospital in Cairo, to undergo a delicate heart surgery. 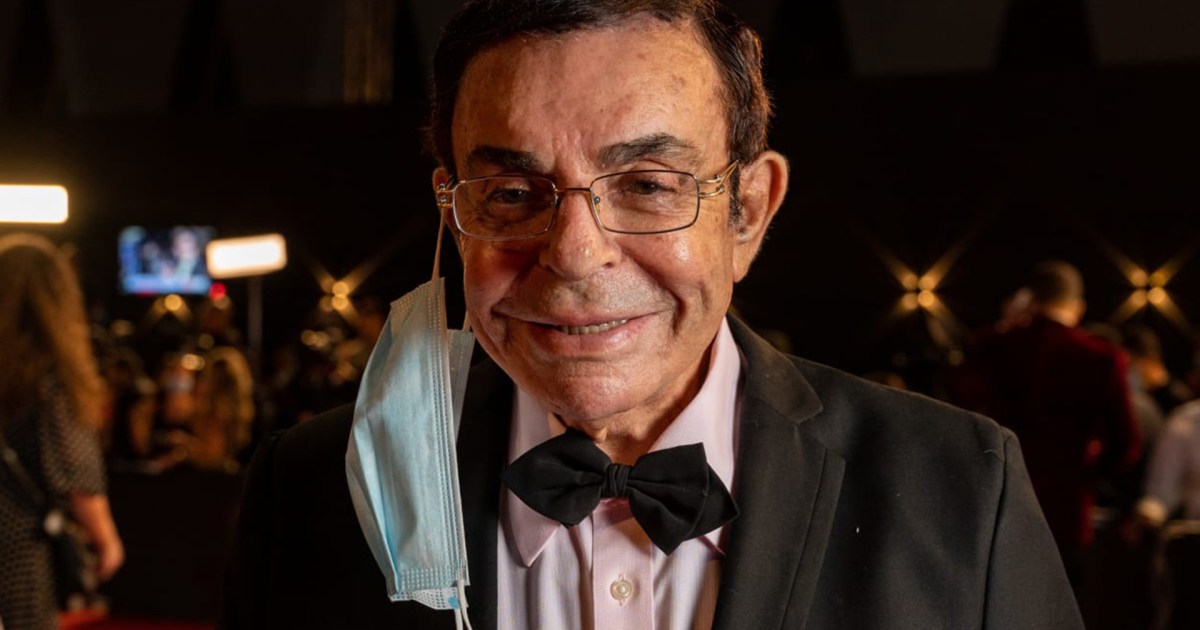 Egyptian President Abdel Fattah El-Sisi responded to the request of the Egyptian artist and media personality, Samir Sabry, to receive treatment at the state's expense, during a previous intervention with the media, Amr Adib, in an episode of the "Al-Hekaya" program.

Treatment at the expense of the state

Following the decision, the Egyptian artist thanked the state in an intervention, and said that he felt that what he had given to art over the past 60 years was not in vain.

The Representative Professions Syndicate also issued a statement thanking President Sisi for his support and care for the artist Samir Sabry in his illness.

Samir Sabry had suffered a health crisis a few days ago, as a result of which he entered a hospital in Cairo, for a precise heart surgery, but the doctors are waiting for his condition to improve to perform the surgery.

Recently, Samir Sabry recorded an episode of his radio program "My Memory", and followed it himself, with director Mohamed Turki, where it was broadcast on Al-Aghni station.

Samir Sabry, born on December 27, 1936, is considered a comprehensive artist, as he is an actor, singer, and media person who presented radio and television programs.

He was born in the city of Alexandria, and his family was interested in artistic culture, including cinema, theater and music, so his family formed his artistic beginnings when he was young.

Sabri was very familiar with the arts, and was keen to attend various artistic performances, as he was talented in singing, showing and imitating artists, but he did not plan at that stage to become professional.

The suffering he experienced when his parents separated while he was still a nine-year-old child, to move to live with his father and stepmother in Cairo, away from his mother, and his only brother who was martyred later in the October 1973 war, was also a reason for the coincidence that brought him into the media field. And the artist, who was a neighbor of the artist Abdel Halim Hafez, appeared on the screen for the first time in “The Groups” (silent actors in the background of the scene) in Abdel Halim Hafez’s song in the movie “Hekayat Hob”.

And in the media scene was Amal Fahmy, who nominated him years later to present the famous radio program "The International Club", which was transferred to the television screen.

But the first opportunity was when Abdel Halim Hafez nominated him for actress Lubna Abdel Aziz, who was presenting the child’s corner in English, in the European program on the radio, especially since Samir Sabry was fluent in more than one language, for his graduation from the prestigious Victoria College School in Alexandria.

Samir Sabry enjoyed great popularity as one of the most important program presenters, as he presented the English-language "What the Listeners Demand" program, and on television he presented "Kan Zaman", "Al Nadi Al Dawli" and "This Evening".

During this period, he was able to hold meetings with the musician Muhammad Abdel Wahhab, Abdel Halim Hafez, Umm Kulthum, Souad Hosni and Warda Al-Jazaeryia, and he was the first journalist to conduct dialogues with Sultan Qaboos bin Said, ruler of the Sultanate of Oman, and despite his preoccupation with acting and production as well, Samir Sabri maintained his media presence. .

Samir Sabry appeared for the first time as a silent accompanist in “Hekayat Hob”, which was repeated in the movie “The Thief and the Dogs”, after which he presented small and secondary roles in cinematic films, including “Al-Madaq Alley” and “Fugitive from the Days” until he had the opportunity to present important roles in the cinema, and he was He is good at presenting comedy, such as his famous role in the movie "Young Guy Very Crazy" in front of Soad Hosni, and his role with Adel Imam in the movie "Search for a Scandal".

He presented some reviews and songs, in the films "My Story with Time" with Warda, "Love and Pride" with Naglaa Fathi, "Niss Sa'at Jawaz" in front of Shadia, and "Welcome Captain" with Nelly.

The director Hassan Al-Imam also presented him as a hero in the tragic movie "With the parents a favor", and he was distinguished by his performance in the movie "Al-Toot and the Nabout" and "Bint Min Al Banat".

Humanity and loyalty to his colleagues

Samir Sabry, his fellow artists, testify to his support for them in their health and humanitarian crises. He also remained loyal to the artist, Soad Hosni, and was in contact with her during her treatment in London, where he traveled to her specifically to check on her health condition.

After her death, he presented a series of documentary episodes in his program under the title "The Mystery of the Departure of Cinderella", stressing that she did not commit suicide, and tried to collect information that the accident was a criminal suspicion.

As for Tahia Karioka, whom he considered a mother, he was keen to visit her all the time and take care of her, while she was in the hospital, and help her financially during this period.

In a television interview with Nour El Sherif, he said that when he was accused of treason after the movie "Naji Al-Ali", Samir Sabry was the only artist he communicated with.

He also accompanied the artist Mahmoud Abdel Aziz on his treatment journey in Paris when he was diagnosed with cancer, and recently he was keen to be with the late artist Samir Ghanem and his late wife Dalal Abdel Aziz, and after their departure he was keen to take care of their two daughters, Donia and Amy.