Prospects of the Two Sessions: The time and trend of grasping cross-strait relations in the midst of shocks 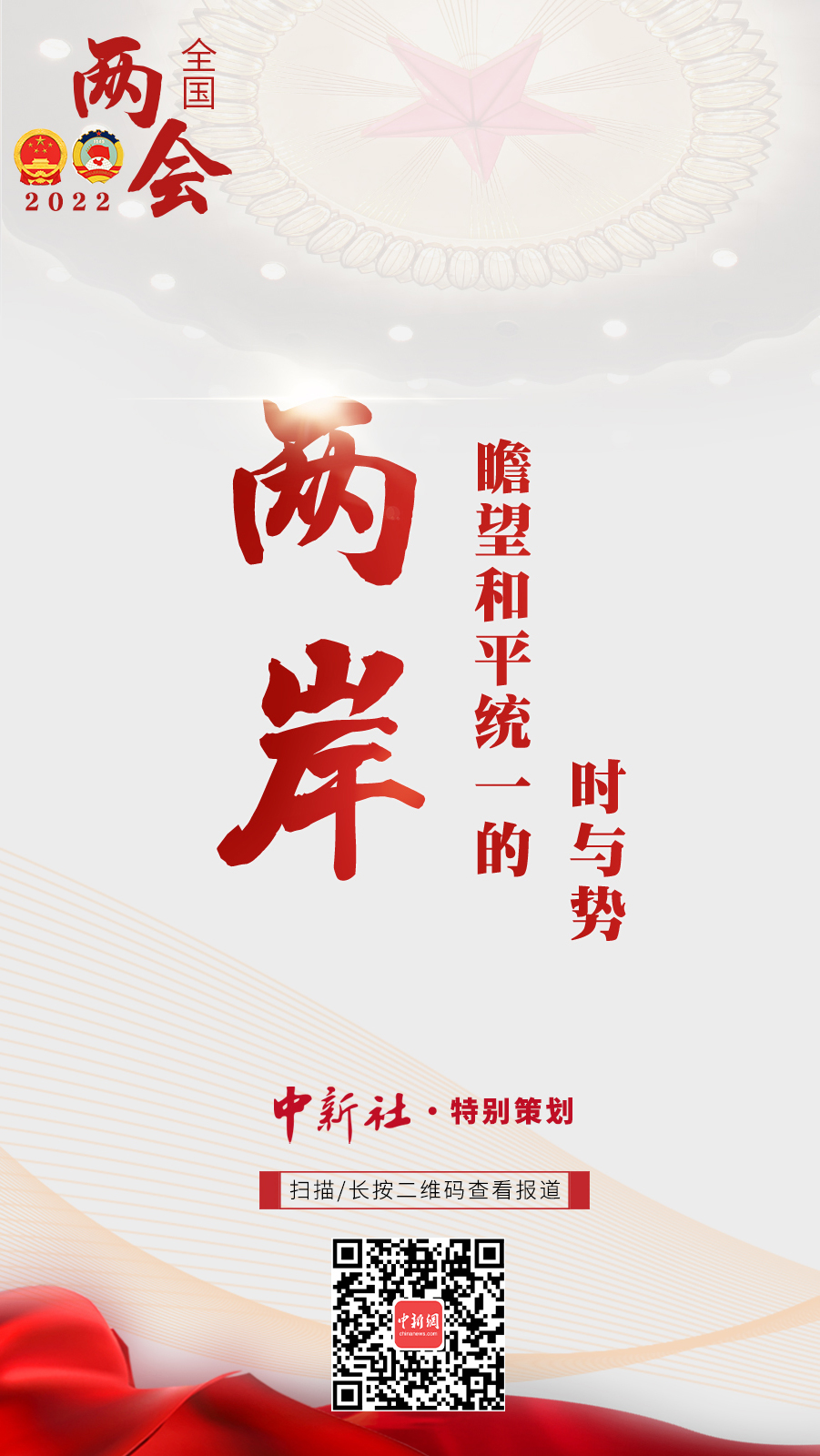 The year 2022 is an important node in the process of observing the development of cross-strait relations and the complete reunification of the country.

The internal and external environment of Taiwan has not fundamentally changed, but neither the DPP authorities nor external forces can change the development trend of cross-strait relations: national reunification is a historical necessity for the rejuvenation of the Chinese nation.

The 20th National Congress of the Communist Party of China to be held in the second half of the year will have important guiding significance for the work on Taiwan and the development of cross-strait relations for a period of time in the future.

In March, at the National People's Congress, another important political event in China, cross-strait relations are expected to be one of the focuses.

Anti-"independence" promotes the strengthening of unity, and maintains cross-strait relations while moving forward with shocks

In the past year, the DPP authorities have manipulated populism, and the island's "anti-China hatred" and "green terror" atmosphere has permeated the island, which has intensified the confrontation between the two sides of the strait and has become one of the deep-seated reasons for the tension in the Taiwan Strait.

In 2022, Taiwan will hold the third "nine-in-one" election. If the political party structure is solidified, it will inevitably stimulate the DPP to seek "independence" adventures, and cross-strait relations may face continuous impact.

Last year, the State Taiwan Office published a list of stubborn "Taiwan independence" elements, and Taiwan's Far East Group was investigated on the mainland according to law.

Some analysts pointed out that although the risk of "Taiwan independence" by the DPP authorities is increasing, there are still many countermeasures in the mainland's toolbox for peaceful reunification.

Observers believe that in 2022, the situation in the Taiwan Strait will fluctuate in a trough.

The mainland will maintain the peaceful development of cross-strait relations, and at the same time must be alert to internal and external risks and make full preparations.

The data picture shows the exterior of the Xiamen International Conference Center, the main venue of the 13th Straits Forum.

Last year, the "Cross-Strait Economic Cooperation Framework Agreement" (ECFA) continued to be implemented, and Taiwan will continue to enjoy high tariff reductions and exemptions for many years; the "Regional Comprehensive Economic Partnership" (RCEP) came into effect, and Taiwan-funded enterprises in the mainland can fully enjoy RCEP Members enjoy preferential tariffs and rules of origin.

According to statistics from the General Administration of Customs, the total cross-strait trade in 2021 will exceed US$328.3 billion, and Taiwan's trade surplus with the mainland will reach US$171.6 billion, both hitting record highs.

Figures don't lie. The DPP authorities intend to promote the "decoupling" of the cross-strait economy, but the rapid economic and trade growth across the strait has been maintained for many years, reflecting the objective economic laws, and the cross-strait common market is taking shape.

The economic and trade cooperation between the two sides is in line with the interests and needs of the compatriots on both sides of the strait.

The new crown pneumonia epidemic is raging around the world, and the DPP authorities continue to use this as an excuse to set up obstacles to cross-strait exchanges.

The mainland did not let it go, and continued to advance the pace of deepening the integration and development of the two sides of the strait. Cross-strait exchanges are still blooming on the mainland.

In mid-December last year alone, a number of large-scale exchange activities such as the Zijinshan Summit of Cross-Strait Entrepreneurs and the 13th Straits Forum were held successively, which became the epitome of nearly 800 cross-strait non-governmental exchanges throughout the year.

The general trend of exchanges and cooperation is unstoppable, and the wishes of our compatriots to become closer and closer cannot be violated.

Several recent polls on the island have shown that strengthening cross-strait exchanges is supported by the majority of Taiwanese people.

Li Peng, director of the Taiwan Research Institute of Xiamen University, predicts that after the epidemic, the cross-strait exchanges will resume in a "blowout" manner, and the DPP authorities will be difficult to stop.

The mainland has a consistent attitude towards the Taiwan issue, opposes any form of "Taiwan independence" separatist acts, adheres to the one-China principle and the "1992 Consensus", and promotes the peaceful development of cross-strait relations.

At the same time, the mainland's attitude towards people-to-people exchanges between the two sides of the strait is open and inclusive.

Continuously improving its own comprehensive strength is the foundation and guarantee for the mainland to strengthen and firmly control the dominance of cross-strait relations.