"CODA", a drama about a deaf family, wins at the SAG Awards

The independent film "CODA", which tells the story of a deaf family in difficulty, won Sunday the first prize of the SAG Awards, rewards awarded by the union of American actors ... 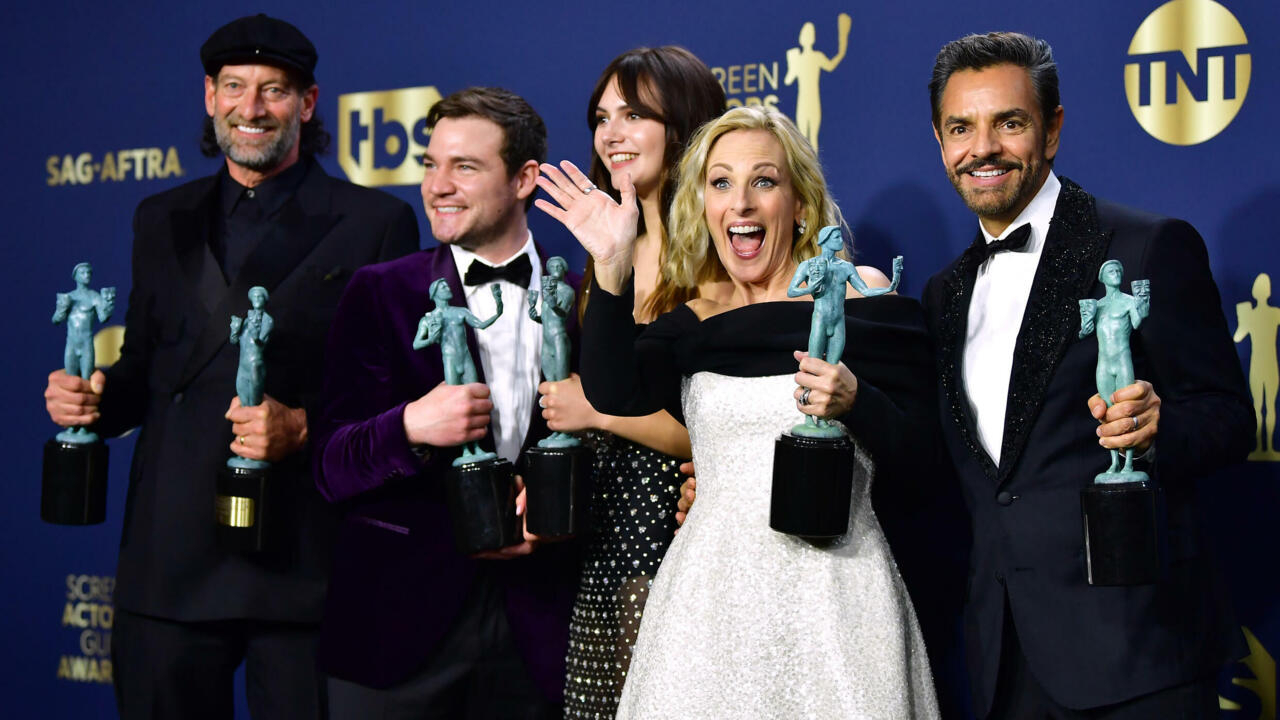 Remake of the French film "La Famille Bélier" by Eric Lartigau (2014), the viewer follows Ruby, a high school student, who juggles between her musical ambitions and her family's dependence on her to communicate with the "hearing" world.

The title is an acronym for "Child of deaf adult", which literally means "hearing child of deaf parents".

“We deaf actors have come a long way,” said Marlee Matlin, in sign language, visibly amazed as she received, alongside the other actors in the film, the statuette for the flagship category “best cast. ".

"It confirms the fact that we deaf actors can work like anyone else," she added, before teaching the audience the sign for "I love you."

The SAG Awards are given by actors and as such are considered a very good indicator for the Oscars because actors constitute the most numerous college (about 10,000) within the Academy of Motion Picture Arts and Sciences which awards these rewards.

Kotsur, who plays Ruby's father, thanked the directors for "believing in us deaf actors and casting us in an authentic way."

Will Smith won Best Actor for 'King Richard,' which chronicles Serena and Venus Williams' incredible rise from the tough streets of Compton to the sport's most prestigious tennis courts.

Will Smith embodies the role of their father Richard, whose "power of conviction which borders on madness and which sometimes exceeds the limit - something absolutely necessary to take something from the impossible to the possible".

The prize for best actress was awarded to Jessica Chastain for her role in "In the eyes of Tammy Faye", where she plays the eccentric American televangelist of the same name.

"It was a dream for me to play Tammy Faye," said the actress.

"She was a true trailblazer and she wrapped her arms around those who were repeatedly rejected," referring to the LGBTQ community.

Jessica Chastain receives the best actress award for her role in the film "In the eyes of Tammy Faye" during the SAG Awards, February 27, 2022 in Santa Monica, California Frederic J. Brown AFP

The two feature films given as Oscar favorites, “The power of the dog” and “Belfast”, left the SAG gala empty-handed, reshuffling the cards in view of the race for the Oscars ceremony which will take place on March 27.

The two South Koreans thanked Hollywood for "opening the door" to them.