War in Ukraine: Westerners draw the Swift weapon against Moscow

The violence of the Russian intervention prompted Westerners on Saturday to adopt a new set of harsher sanctions: they notably decided to exclude many Russian banks from the platform. 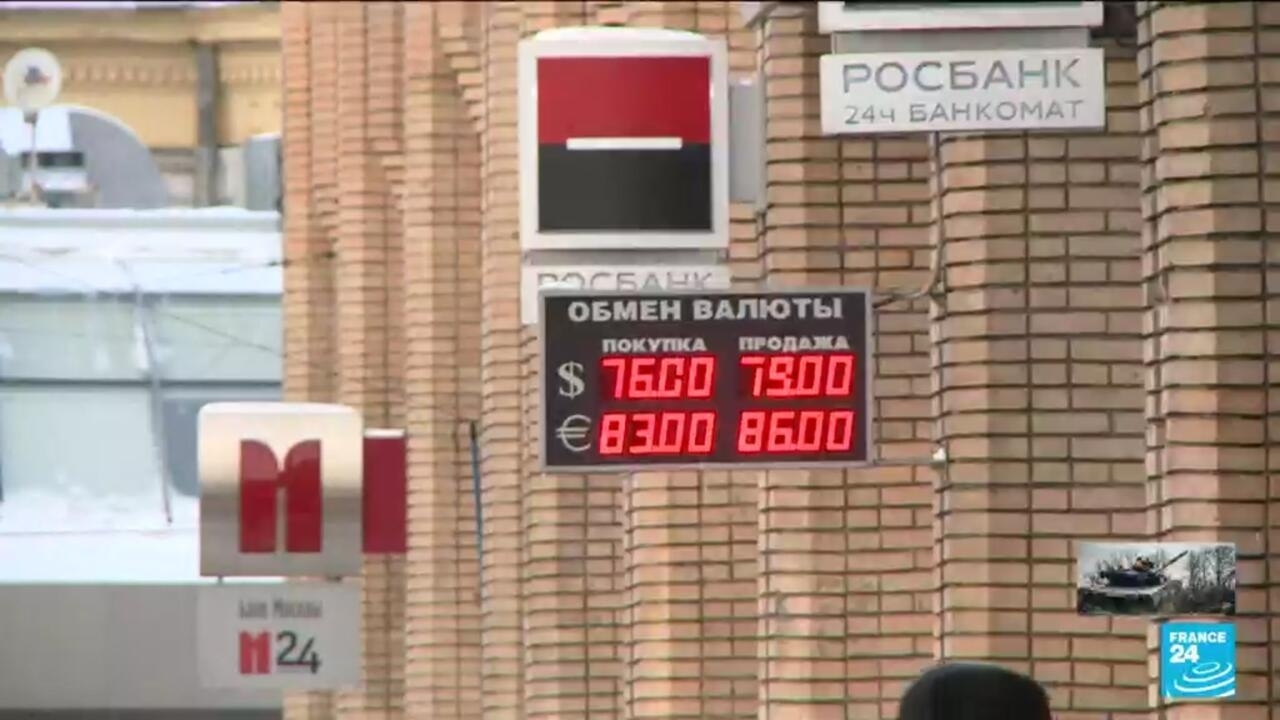 The Western powers announced on Saturday January 26 late in the evening the exclusion of several Russian banks from the SWIFT interbank network as well as sanctions targeting the foreign currency reserves of the Russian central bank.

The press release unveiling these new sanctions was endorsed by the United States, Canada, the European Commission, France, Italy, Germany and the United Kingdom.

>> To read also: "What is the Swift system from which Russia could be excluded?"

These sanctions will be applied in the coming days, the signatories said.

"We will hold Russia to account and we will collectively ensure that this war is a strategic failure for Putin," the leaders of the Western powers wrote in a statement.

“Even beyond the measures we are announcing today, we are ready to take further steps to hold Russia to account for its attack on Ukraine,” it added.

Crisis in Ukraine: the importance of the measures taken against the Russian Central Bank

The move comes after the United States and its allies this week imposed sanctions on major Russian banks as well as Russian President Vladimir Putin himself.

"We are determined to impose a price on Russia. A price that will insulate it from our international financial system and our economies," European Commission President Ursula von der Leyen said in a statement.

These measures are intended to prevent Vladimir Putin from using the central bank's 630 billion dollars (about 559 billion euros) in foreign currency reserves to invade Ukraine and defend the rouble.

Disconnecting Russian banks from the international financial system will prevent them from carrying out most of their global financial transactions and block Russian imports and exports, the statement added.

Ursula von der Leyen clarified that the allies would prevent Russia from using "its war chest" by paralyzing the assets of the Russian central bank, thus freezing its transactions and making it impossible for it to liquidate its assets.

The Russian banks that will be removed from the SWIFT international interbank network were not immediately known, but Ursula von der Leyen said those that would be hit with sanctions would be "(disconnected) from the international financial system" and that "their ability to acting globally would (be) weakened".

The sanctions also call for an end to "golden passports" issued to wealthy Russian nationals and their families, who use them to obtain residency in Western countries and access their financial systems.

The network is one of the main mechanisms used to finance international trade.

Every year, trillions of dollars are transferred using the SWIFT system.