The Emirates Foundation for School Education reported that the exams for the second semester, which will start on March 14, will be in Group A subjects, in attendance in classrooms, and will be performed electronically by students from grades five to twelve in the Elite, Applied and Advanced tracks. 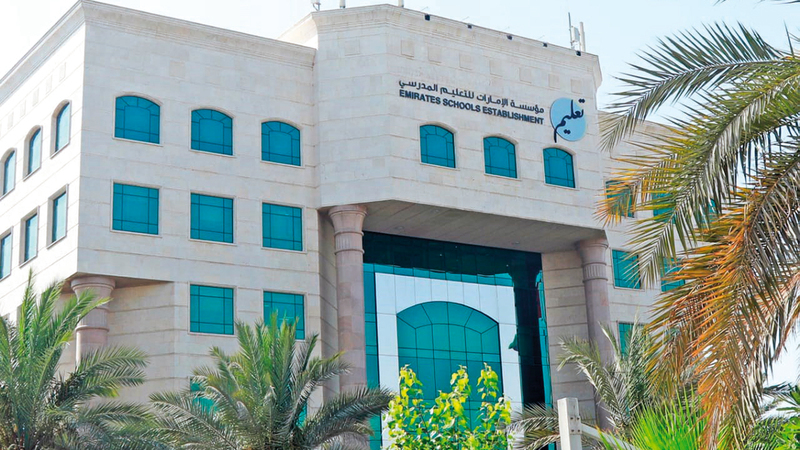 It is performed by third and fourth students on paper

«Emirates Education» has set a 120-minute time for the exam for each subject.

The Emirates Foundation for School Education reported that the exams for the second semester, which will start on March 14, will be in Group A subjects, in attendance in classrooms, and students from grades five to twelve will perform them electronically in the elite, applied, advanced and general tracks, while they are performed Third and fourth grade students.

The evaluation period for the projects of the twelfth students in the elite, applied, advanced and general tracks, in the practical (B) class subjects, starts from the seventh to the 11th of next March.

The Foundation stated in the “Schools Preparedness Guide for the End of the Second Semester Exams”, which it recently adopted, that students from grades three to eleven in public and private schools that apply the Ministry of Education curriculum, take exams in all subjects of group (A) centrally at the state level. With the exception of the two exams for Islamic education and social studies, which are applied at the school level, as for the twelfth grade students, they take exams in all subjects centrally electronically with the SWIFT system in the subjects of group (A).

The guide stressed the need for school administrations to provide the appropriate environment for students during the examinations period, and to ensure the readiness of the school building in terms of the availability of exam halls, classrooms and computer laboratories with the availability of computers in laboratories, and the availability of the Internet so that the “Wi-Fi” network covers all halls and facilities used during The examination period, with the readiness of the school clinic, and the provision of waiting places for students to ensure physical distancing between them.

The assessment of students in the first and second grades is based on the formative assessment by the teacher in the subjects of group (A).

In addition, the "Student Assessment Policy and Examination Regulations for the Current Academic Year" manual included new developments, as the Emirates Education Foundation introduced amendments to the weights of assessments for the three semesters of students of all stages, and the foundations of promotion and descriptive measures.

As for the subjects of Group B, which include “Design, Technology, Arts, Physical Education, Health, and Languages,” the weight for secondary school students, which includes grades 9-12, became 25% in the first semester, 30% in the second, and 30% in the third.

The educational institution’s guide stated that the foundations of promotion focus on the importance of the student passing all the subjects of group (A) by achieving the minimum end at least. once for the student.