Diplomatic insults between leaders and officials have a long history

When Britain's Foreign Secretary Liz Truss traveled to Moscow on February 10 for talks with her Russian counterpart, Sergey Lavrov, she was surely hoping her intervention would help ease tensions over Ukraine. But things did not go as planned. And in a right conference 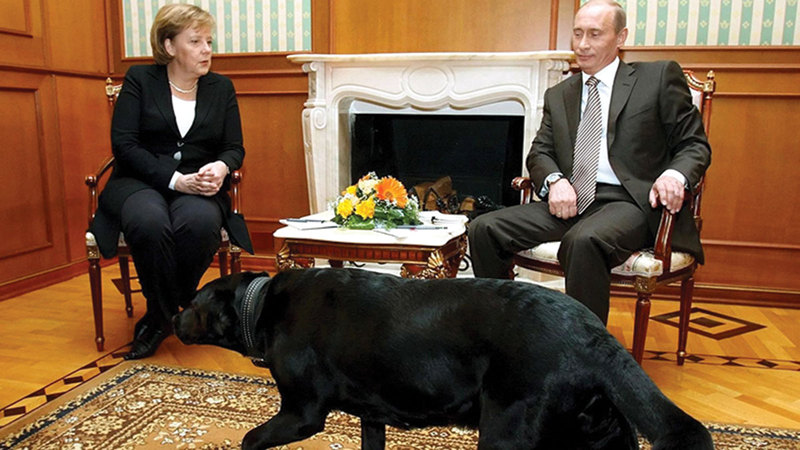 Hugo Chavez has been swearing at George Bush Jr

Diplomatic insults between leaders and officials have a long history

When Britain's Foreign Secretary Liz Truss traveled to Moscow on February 10 for talks with her Russian counterpart, Sergey Lavrov, she was surely hoping her intervention would help ease tensions over Ukraine.

But things did not go as planned.

At a press conference, after the talks, Lavrov compared the experience to the "deafening" dialogue, before leaving and leaving Gears facing the cameras alone.

Lavrov is not known for his tact, however. In 2015, he was heard over a nearby microphone referring to Arab officials as "idiots."

Lavrov is not the first to use insults as a diplomatic tool, as there is a long history of world leaders exchanging verbal criticism.

The time of the Ottoman Empire

At the time of the Ottoman Empire, actions were louder than words.

When Sultan Selim (1512 to 1520) wanted to declare his victory over the Banu Dhul-Qadr, a buffer state between his empire and the Mamluk Sultanate in Egypt, he sent an envoy to Cairo.

When the ambassador was received, he opened a briefcase and threw at the feet of the Mamluk Sultan the severed head of the ruler of the Emirate of Dhul-Qadr, who was one of his closest allies.

Things were not much friendlier, and the Ottomans eventually conquered Egypt.

In another grim escalation, in 1827, the Wali of Algiers hit the French ambassador with his fan, bringing about 132 years of colonialism.

Modern diplomacy tends to be less materialistic, but equally fraught with spasm, and it is perhaps unsurprising that autocrats show contempt for their democratically elected enemies.

The late Venezuelan President Hugo Chavez, who ruled for 14 years, was known for his stinging speeches and criticism of former US President George W. Bush, and he regularly referred to the latter as the devil. It still smells of sulfur.” Chávez had his own lexicon for sarcasm.

In a televised speech in 2006, he said of Bush, "You are ignorant, you are a donkey, a lord of danger!" He continued, "You are a coward, a murderer and a perpetrator of genocide.

You're an alcoholic, drunk, and a liar.” Other leaders had little time to correct Chavez, and at a meeting of heads of state in 2007 the King of Spain publicly reprimanded Chavez, saying, "Why don't you shut up?"

Violent insults do not improve a leader's reputation in the world, but they do attract attention, which is what populists usually crave, and although few of them may care about international respect, they may enjoy projecting a sense of power and self-confidence to their fellow citizens, because they are seen as challenging others. Nearly two decades ago, then-President of Zimbabwe, Robert Mugabe, quipped that British Prime Minister Tony Blair was a "boy in shorts";

He won reluctant support even from his domestic opponents, and, perhaps for similar reasons, Chinese diplomats have described Canada's Prime Minister, Justin Trudeau, as a "boy".

Other authoritarians who lack sanity include Philippine President Rodrigo Duterte, who in 2016 issued a "fuck you" with an inappropriate reference to the European Union after MEPs criticized his brutal war on drugs.

North Korean President Kim Jong Un described his US counterpart, Donald Trump, as a "dorzy" man in 2017, but he did so in response to Trump's taunts, who called him "little rocket man."

And in 2010, there was a diplomatic spat between Turkey and Israel because the Israeli deputy foreign minister sat the Turkish ambassador on a low sofa, in a bilateral meeting.

Ankara later tried a similar ploy by sidelining the European Commission President, Ursula von der Leyen, on a regular sofa, while Erdogan and the President of the European Council, Charles Michel, were sitting on two large chairs.

In 2007, Russian President Vladimir Putin annoyed then-German chancellor Angela Merkel with the presence of a huge black dog, while welcoming her to the Kremlin, despite Merkel's known phobia of dogs.

"I wanted to do something nice for her," Putin later said.

There is no doubt that vitriol and insults will persist in the political arena, and modern diplomacy offers more opportunities than ever for new forms of bickering.

The diplomats exchange insults and reprimands in different ways.

And in 2018, when the supreme leader of Iran sent a “tweet” referring to Israel as a “malignant tumor,” the Israeli embassy in America responded with a screenshot from the movie “Mean Girls,” a movie about troublesome high school students, and the caption about the photo came. "Why are you obsessed with me?"

• Lavrov is not the first to use insults as a diplomatic tool, and he is not known for his tact, anyway.

He gained reluctant support even from his domestic opponents.

• Violent insults do not improve a leader's reputation in the world, but they do attract attention, which is what populists usually crave.