C3: Franco-Portuguese duels in the Europa League, a shock for Rennes against Leicester

Franco-Portuguese duels in the Europa League: FC Porto and Braga stand on the road to Lyon and Monaco, in the round of 16, according to the draw made on Friday in Nyon, at UEFA headquarters. 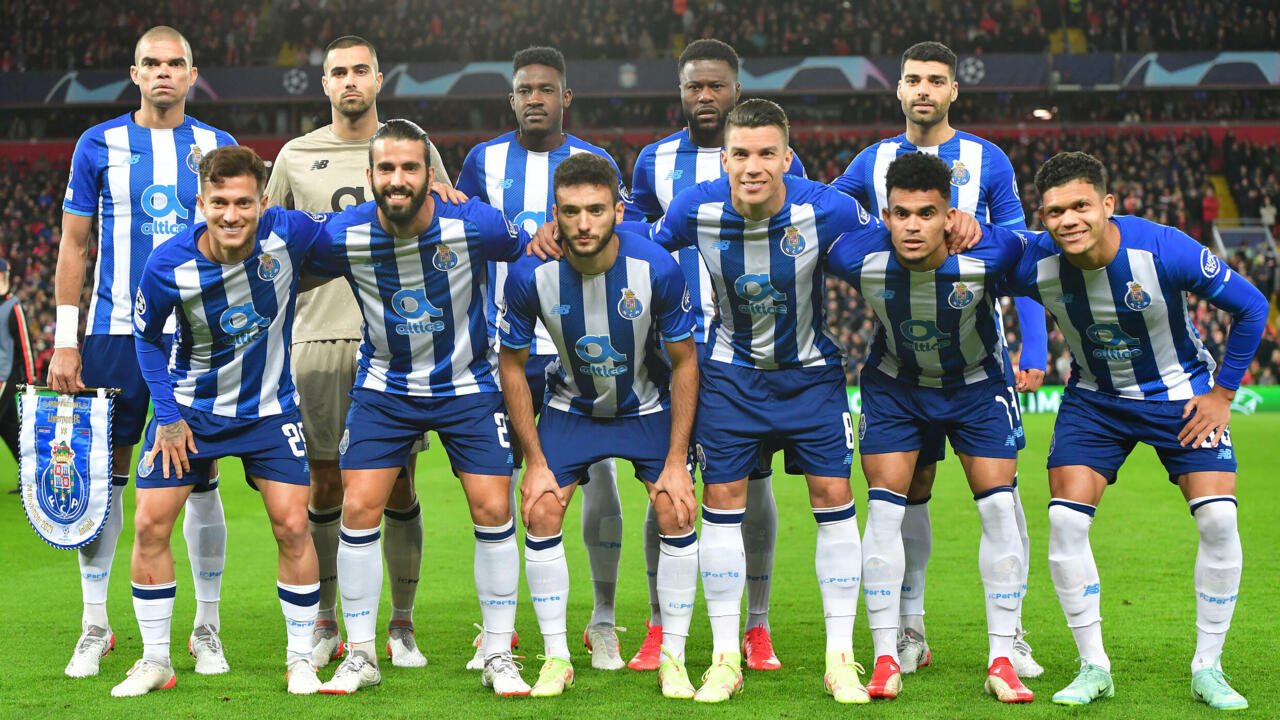 A floor below, in the 8th of the Europa League Conference, Marseille and Rennes are preparing for some turbulence, against Basel and Leicester, two teams accustomed to big posters.

OL, which aims to replay the Champions League as quickly as possible, have inherited an opponent who will remind them of their finest European hours.

On the pitch, Pepe's teammates are not bad either: they are undefeated in the Portuguese Championship, of which they occupy the first place.

The joy of FC Porto defender Pepe and Colombian midfielder Mateus Uribe, after their draw (2-2) against Lazio Rome in the Europa League play-off second leg, and their qualification for the round of 16, February 24, 2022 in Rome Alberto PIZZOLI AFP

Lyon has the advantage of receiving in the return match, on March 17, while the first leg is scheduled for March 10.

This poster will also be a duel between the two top scorers in the competition, Karl Toko Ekambi and Galeno, authors of six goals each.

It's "the year or never" for OL, C1 semi-finalists in 2020, to go far in the competition, as its president Jean-Michel Aulas announced at the start of the season.

AS Monaco, too, aims to get as close as possible to the final in Seville on May 18.

First in their strong group, ahead of Real Sociedad and PSV Eindhoven, the Monegasques approach their duel against Braga as favorites, especially since they have regained some momentum with their new coach Philippe Clement.

The joy of Braga midfielder Ricardo Horta after his goal scored against FC Sheriff (Moldova) during their Europa League match on February 24, 2022 at the Municipal Stadium MIGUEL RIOPA AFP

Like Lyon and Monaco, FC Barcelona aims to soon find the C1.

The C3, which offers a place in C1 for its winner, "is an additional opportunity to get there", recognized coach Xavi.

The Catalans, who hope to finish the season well, impressed by winning in Naples (4-2) in the return play-off (first leg: 1-1).

Vardy on the road to Rennes

They will have to confirm in the 8th round against the Turks of Galatasaray, reinforced this winter by striker Bafetimbi Gomis.

Spartak Moscow's home game against RB Leipzig will be played on neutral ground, UEFA decided on Friday, in reaction to the invasion of Ukraine by the Russian army.

In C4, Marseille "has the obligation with our history to always be competitive, especially with the love story between OM and European competitions", assured its president Pablo Longoria.

Disappointing in C3, where they finished third in their group, the Marseillais have a second chance to reconnect with their epic history.

The joy of the Marseillais, after the goal scored by Dimitri Payet against Qarabag (Azerbaijan), in the round of 16 first leg of the Europa League Conference, on February 17, 2022 at the Stade Vélodrome NICOLAS TUCAT AFP / Archives

Rennes will have to cross the Channel to challenge Leicester, one of the scarecrows of the competition.

The "Foxes" of English international striker Jamie Vardy have a workforce capable of winning the competition, even if their season (12th place in the Premier League) does not meet their expectations.

"We can think that they are less good on the defensive aspect, but in attack, there are very good players. It's a very good match to play", reacted the technical director of Rennes Florian Maurice, questioned by RMC Sports.

"We want to finish the season strong, and the European Cup is one of the objectives. We really want to go as far as possible," continued the manager.