Article in the Guardian: Forget about sanctions against the oligarchy, there is a better way to hurt Putin

In his article for the Guardian, Angus Roxburgh argues that billionaires are close to the Russian leader but he doesn't listen to them, and that hitting this elite that advises him will hasten the spread of discontent. 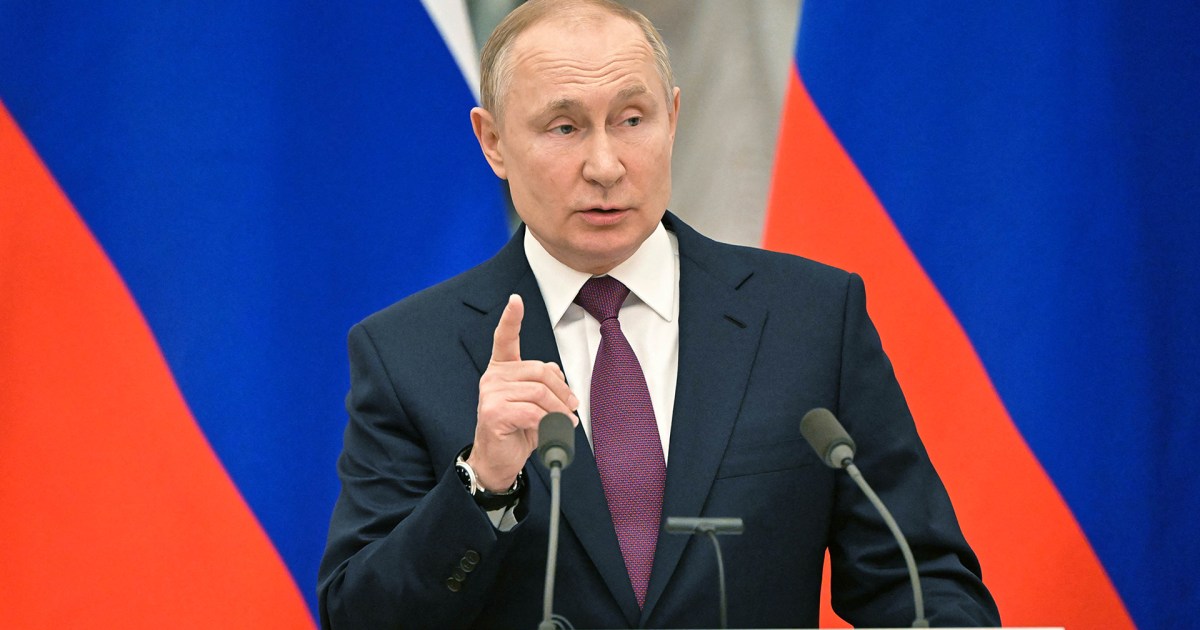 Angus Roxburgh, a former BBC Moscow correspondent and former adviser to the Kremlin, says he has a better way of hurting Putin than "obsessing" with sanctions against the ruling elite.

In his article in the Guardian newspaper (The Gaurdian) on Thursday, Roxburgh stated that billionaires are close to the Russian leader but he does not listen to them, and that hitting this elite who advises him will accelerate the spread of discontent.

He noted that since Russia's annexation of Ukraine's Crimea in 2014, the Western response to Putin's growing list of crimes has been to impose sanctions on his "comrades" in recent years.

There were particularly pressing demands for sanctions against wealthy oligarchs residing in London, so this week the British government's response to Putin's recognition of breakaway republics in Ukraine's Donbass region took the usual form: sanctions against 5 Russian banks and 3 oligarchs.

The writer commented that despite the outrage, we rarely took the time to ask some very simple questions, such as: Are these actions really the right punishments?

Are you targeting the right people?

And did it have any effect on Putin's behavior?

He said that the answer to all these three questions is no, for several reasons, first: that imposing sanctions on the oligarchs has little effect on Russian policy, and some of these are close to Putin, and some of them may help hide his wealth in foreign accounts, and Putin uses them to finance projects which needs to be accomplished quickly.

Roxberg believes that this relationship is completely one-way, because Putin allows them to thrive on two conditions: that they pay money when he needs it, and that they stay out of politics, so the writer considers the idea that they influence his policies is pure fantasy.

Sanctions regularly imposed on the oligarchs since 2014 have made little difference to Putin's policies, and none have elicited much expressions of remorse, let alone a change of course.

The proof of this - as Roxberg says - is that the sanctions that have been regularly imposed on the oligarchs since 2014 have made no significant difference in Putin's policies, and none of them elicited much expression of remorse, let alone a change of course, and what they did is deepen the escalating hatred of Putin Already in the West.

But he believes that there is a more daring and innovative approach, which is to focus on the ruling class in Russia (members of the State Duma, the Senate, the Presidential Council, the highest ranks of the security and defense agencies and the chief employees of state television) which is estimated at several thousand, because it is these men and some women who recruit and certify the Putin's decisions are implemented and implemented, and some - other than the oligarchs - are already advising him.

These are the ones to target, Roxberg said, because when the several thousand people Putin actually depends on begin to feel the consequences of his policies in their personal lives, there will be a wave of resentment.

He explained that most of these people love to travel to Europe and the United States, educate their children in Britain and own real estate in Britain, and if they refuse to grant them visas to travel to the West and feel that they are effectively imprisoned in Russia, it will not take long for discontent to permeate the entire political class, and the message addressed to them will be clear: If you want to enjoy your western lifestyles you need a new leader who will respect western values ​​and even then you are banned from travelling.

The writer added that there is an added value to this approach in that, unlike some economic sanctions, it will not harm ordinary Russians, in fact it will make them happy.

He concluded his article by saying that if any kind of sanctions would have an effect, it would be this. "Forget the few and target the political elite," he said.