The fighters of the Arab coalition carried out a wide military operation against sites, targets and combat mechanisms of the terrorist Houthi militia in Hajjah governorate, which included sites, targets and combat mechanisms, and destroyed reinforcements including armored vehicles and weapons vehicles that were pushed to the Abs district of Dhamar, Amran and Saada.Med sources confirmed 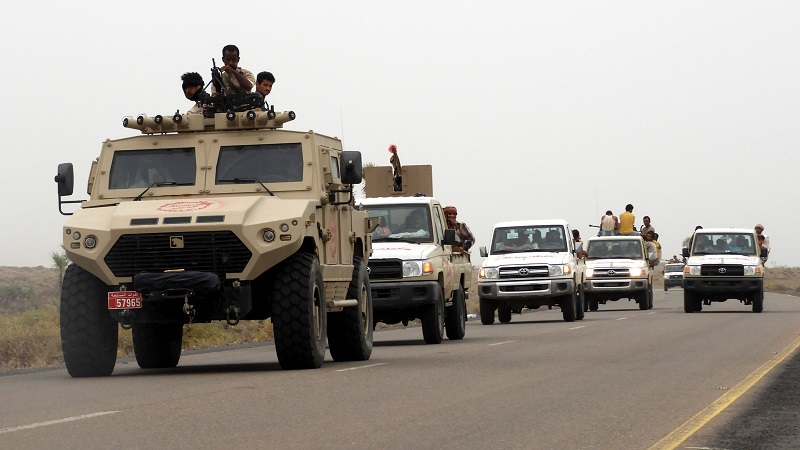 Field sources confirmed that the coalition fighters carried out intensive raids on militia sites in Abs, Haradh and Mastaba, which led to the destruction of various Houthi combat mechanisms, as well as the death of many elements, including prominent field leaders, and a Houthi drone was destroyed in the sky of Haradh.

The sources reported that the Houthi leader, Ahmed Hassan Al-Gharbani, and the leader, Lt. Col. Abdo Hussein Taj Al-Din, who are close to Abdul-Malik Al-Houthi, were killed in the raids, along with the supervisor of Houthi operations in Haradh, "Mohammed Mujahid Al-Zaidi", along with the leader, Mazan Al-Qadi, responsible for supply and armament in the region. The fifth is affiliated with the Houthis.

The raids coincided with the intensification of battles between the Yemeni army forces and the militias on separate fronts in the districts of Haradh and Abs, after reinforcements were brought in from both sides.

The militias continued to send combat reinforcements to the Haradh and Abs fronts, using civilian vehicles for fear of being targeted by coalition raids, while medical sources in Hajjah confirmed that Hajjah hospitals refused to receive more wounded and dead Houthis coming from the Haradh and Abs fronts, and that they were diverted towards Sanaa and other areas. After the hospitals were full.

In Marib, Houthi fighters destroyed Houthi reinforcements when they reached the Mahlia district, south of Marib, which included various combat mechanisms, which led to Houthi deaths and injuries, according to field sources, confirming the destruction of three vehicles carrying Houthi weapons south of Marib after they came from Al Bayda.

The fronts of the sandy axis in the southern front of Marib witnessed hit-and-run battles between the two sides, in which Houthi positions were bombed in the vicinity of Al-Faliha and Qaron Al-Bour, leaving Houthi dead and wounded.

In Saada, the Yemeni army forces launched a sudden attack on militia sites in the "Al Sheikh" area of ​​the Munabbih district, which led to the destruction of Houthi fortifications and combat mechanisms, killing and wounding Houthi members who were in the targeted sites.

In Al-Dhalea, the joint and southern forces repelled Houthi attacks for the third time in two days, towards their positions in Habeel Al-Abdi and Al-Fakher, and Battar, west of the Qataba district, and forced them to retreat towards the Al-Hasha district, after incurring heavy losses in equipment and lives.

In Taiz, 13 Houthis were killed and others were wounded in the ongoing battles with the Yemeni army and the resistance, in the Al-Ahtoub Front in the Jabal Habashi District, west of Taiz.