Tennis: author of his best start to the season, Nadal in quarter in Acapulco, like Medvedev

Rafael Nadal qualified for the quarter-finals of the Acapulco tournament on Wednesday evening by eliminating the American Stefan Kozlov, a result that gives him the best start to the season of his career,… 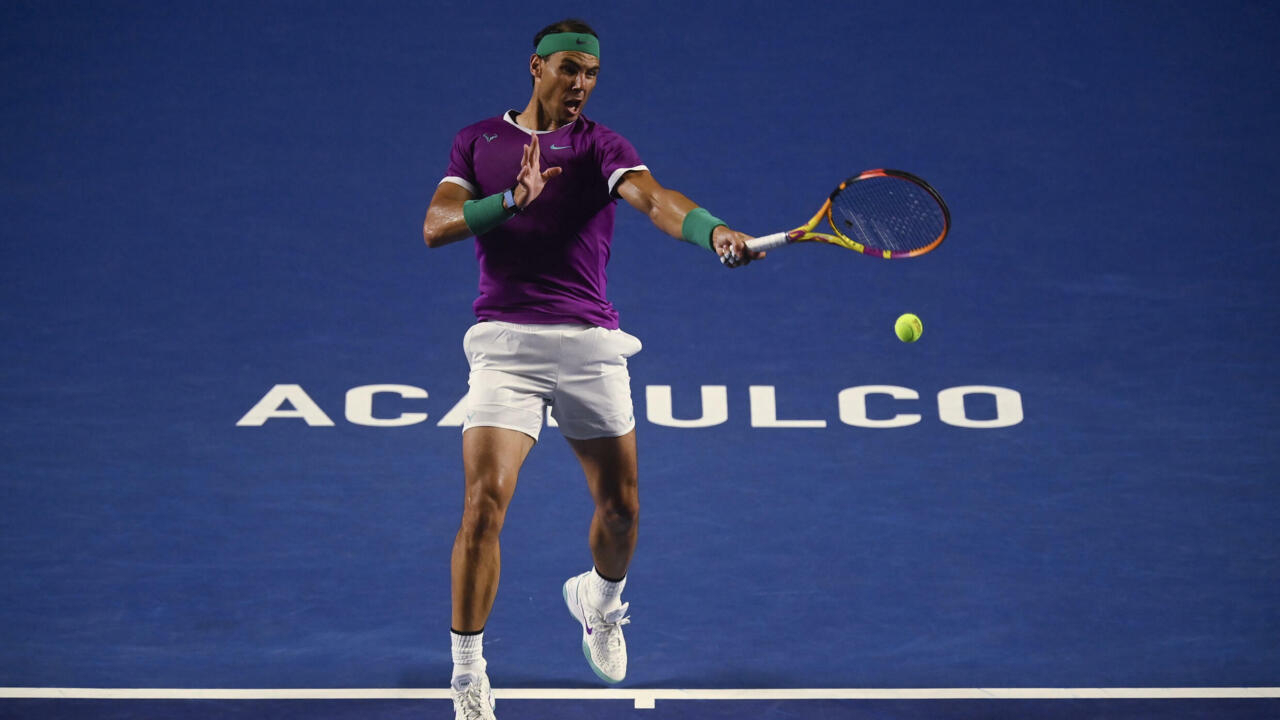 World No. 2 Daniil Medvedev, who on Monday could snatch the top of the ATP rankings from Novak Djokovic, in the running for him in Dubai, for his part defeated the Spaniard Pablo Andujar, 68th in the world, 6-1, 6-2.

Hot on the heels of his historic victory at the Australian Open, Nadal, 35, also easily defeated Kozlov, 103rd in the ATP rankings, 6-0, 6-3, and will face another American, Tommy Paul, world N.39, whom he has never met yet.

"It's always important to win as quickly as possible, but the most important thing is to win," commented Nadal.

"Tonight I won in straight sets, that's good news, and I'll try to be ready for tomorrow (Thursday) to face a tough opponent again."

Thanks to this victory, the 12th consecutive, Nadal, world No.5, remains undefeated in 2022, and records the best start to the season of his career.

In 2014, he had stopped at 11 consecutive victories, on a defeat against the Swiss Stan Wawrinka in the final of the Australian Open - where the Spaniard won a 21st Grand Slam title last month, overtaking Roger Federer and Novak Djokovic.

"I've never paid much attention to numbers. To be honest, I do everything to play well and prepare well to have good tournaments," Nadal commented on this new record.

In search of first place, which he could snatch from Novak Djokovic on Monday, according to several scenarios established by the ATP, Medvedev will be opposed in the quarter-finals to the Japanese Yoshihito Nishioka.

The Russian could then find in the semifinals … Nadal, who had knocked him down in five sets in the final of the Australian Open.

Another favorite qualified for the quarter-finals, the Greek Stefanos Tsitsipas made short work of the American Jeffrey Wolf, swept away 6-1, 6-0.

In the next round, he will meet another American, Marcos Giron, in a clearer part of the draw since the expulsion of Alexander Zverev from the tournament - the German had hit the referee's chair several times with his racket after a doubles loss.