See. This is how the Ukrainians lived the horror of the first hours of the war on their country

Activists' lenses have documented the atmosphere of war and terror that the residents of Kiev and Ukrainian cities have experienced since Thursday morning, warning sirens and low-altitude warplanes, bombing, destruction, displacement, and queues at metro and fuel stations. 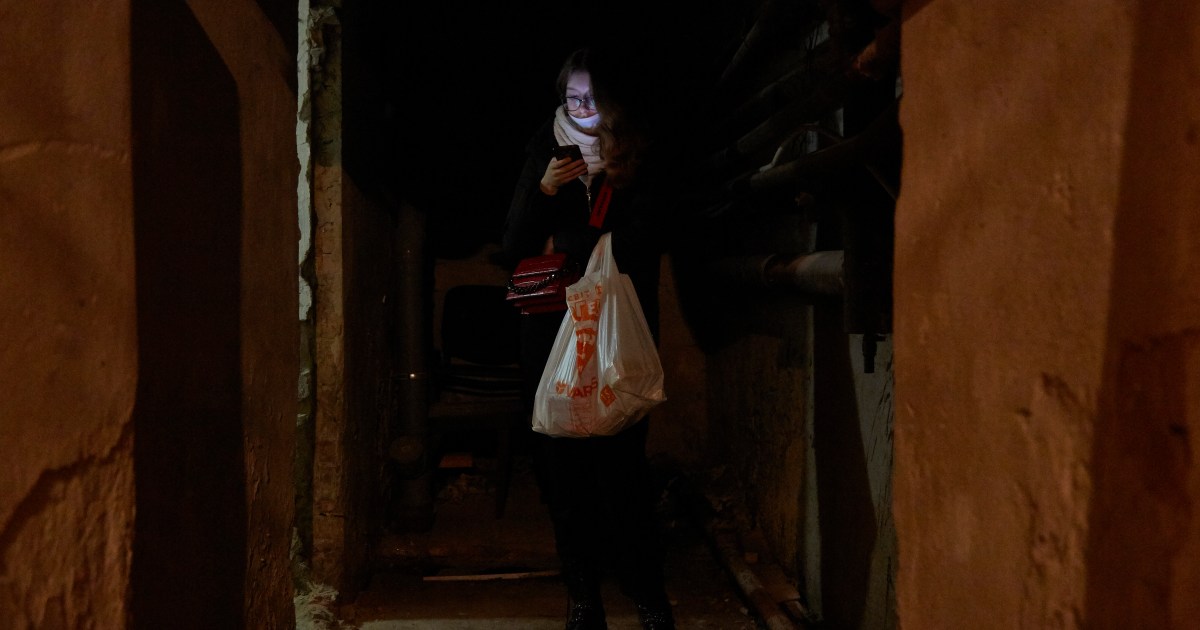 Although his ghost had been camping around them during the past weeks, the residents of the capital, Kiev, and the rest of the Ukrainian cities could not imagine living in the atmosphere of war they witnessed since Thursday morning.

Warning sirens and low-flying warplanes, bombing, destruction, displacement, and long queues in front of metro and fuel stations, as well as markets and public roads.

Since the early morning hours, the residents of Kiev have been in bomb shelters, shortly after Russian President Vladimir Putin announced a "military operation" in Ukraine, and the sound of explosions and warning sirens began to be heard, while the streets were empty of only a few pedestrians seeking to secure their needs.

Kiev also witnessed a large movement of displacement towards the countryside and western regions, and activists circulated on the communication sites videos that showed a congestion of cars displaced from the capital to escape the Russian bombing, while the alarm sounded, which suddenly sounded terror in them.

This is very, very real now.

While eyewitnesses documented the flight of warplanes at a low altitude over a number of Ukrainian cities, a scene that Ukrainians were not accustomed to or imagined seeing over their cities.

Videos circulating on social media also showed the conversion of metro stations in Kiev into shelters, coinciding with the start of the Russian "invasion".

And according to what was announced by the "Kiev Metro" account on Twitter, the automatic payment system was stopped and citizens were allowed to pass to the stations completely free of charge, in addition to the readiness of 46 stations, to operate as an emergency shelter system.

Eyewitnesses broadcast videos and pictures of traffic jam queues in front of gas stations in several Ukrainian cities, in conjunction with the Russian bombing of the country this morning.

While residents of Ukrainian cities, especially in the Donbass region, which is witnessing major battles on the front line between the Ukrainian army and the separatists backed by Russia, rushed to shops and pharmacies to buy their needs. Al-Jazeera correspondent Elias Karam monitored some of those scenes.

What increased the residents' panic were the sounds of violent explosions in the vicinity of their cities and the rising of flames and smoke from a number of locations, which was transmitted by the mobile phone lenses of a number of activists and foreign students studying in Ukraine.

While a video clip showed, huge flames of smoke rising towards the sky after a large explosion occurred as a result of the bombing by Russian forces of an arms depot in the city of Vinnytsia in central Ukraine.

And all these scenes prompted thousands of residents of the areas near the border with Russia to head to the train stations to get away from eastern Ukraine, which was documented by journalists, as hundreds of travelers flocked to the Kharkiv train station with the news of the arrival of Russian forces to the outskirts of the city.

Kharkiv train station is a zoo.

I am at Kharkiv train station: hundreds of people are queuing to buy tickets and flee eastern #Ukraine… pic.twitter.com/TCxSEOsbHc

Other scenes showed the effects of destruction on a residential complex in the city of Kharkiv as a result of Russian bombing.

An apartment complex in Is devastated by bombardment, south of Kharkiv.