A honeymoon on the "magnificent island" .. Renewed love at the "Expo Dubai"

It is not just an ordinary marriage ritual, or a traditional ceremony, but a wedding in a unique place, according to the pavilion of the island state of Seychelles at "Expo 2020 Dubai", which attracted visitors with an impressive photo exhibition of exceptional weddings held in this country. The pavilion invited visitors to the "Expo Dubai" from During the photo gallery to renew vows Zou 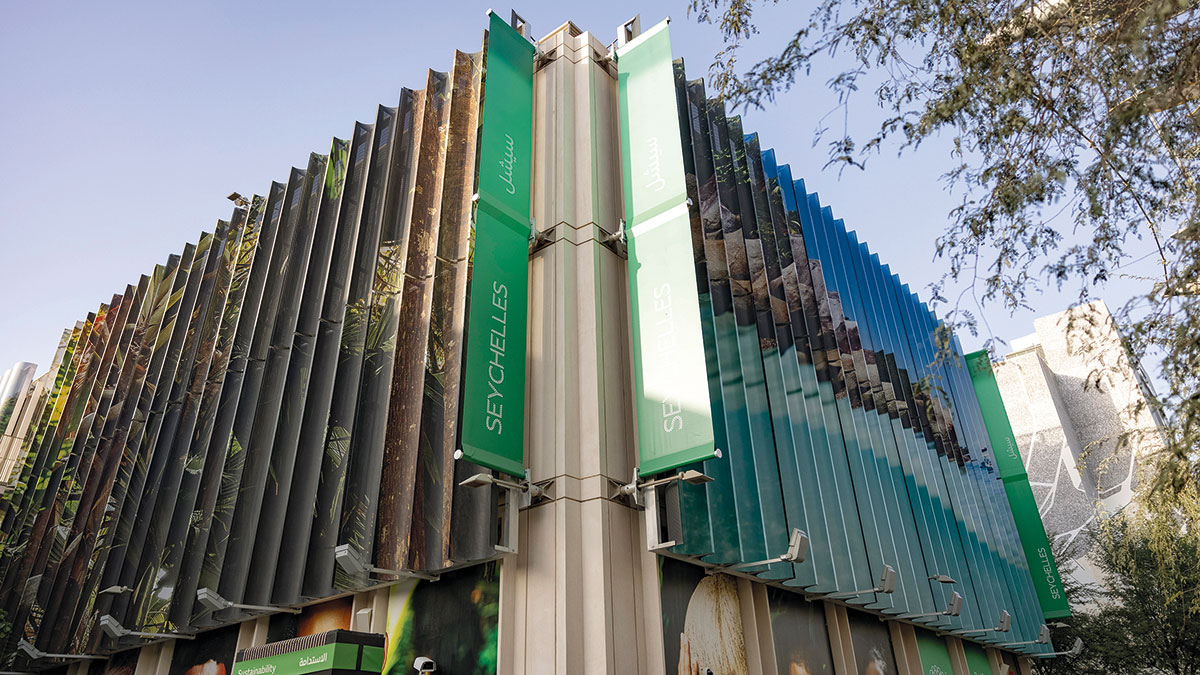 A honeymoon on the "magnificent island" .. Renewed love at the "Expo Dubai"

It is not just an ordinary marriage ritual, or a traditional ceremony, but a wedding in a unique place, according to the pavilion of the island nation of Seychelles at Expo 2020 Dubai, which attracted visitors with an impressive gallery of pictures of exceptional weddings held in this country.

The pavilion called on visitors to the Expo Dubai, through the photo gallery, to renew their marriage vows and hold their wedding ceremonies in the lap of nature, noting that the rituals there in Seychelles differ from anywhere in the world, as traditional wedding ceremonies in it are a complex process, and go through several stages. , before declaring the young man and the girl husband and wife.

Sherine Francis, Secretary General of Tourism in Seychelles, said, "Expo 2020 Dubai represents a great opportunity to present her country as a major and distinguished destination for holding weddings." Amidst the beautiful nature.

She stressed that the island is "the most beautiful place on earth for honeymooning and exchanging vows between spouses," as she put it.

He revealed that there is a significant increase in the rate of those wishing to marry in the Seychelles to merge with the fertile nature of pristine forests, sandy beaches and solid mountains.

Visitors to the Seychelles Pavilion stand tall in front of a tree known as “coco de mer” or “love nut.” The legend says, as those in charge of the pavilion explain, that strange mating rituals that seem romantic in essence bring male and female palm trees together to produce this rare and precious specimen Of the "love nut", which is very similar to human mating, and women accept it based on a prevailing culture that it increases fertility and speeds up childbearing.

The pavilion accompanies Expo Dubai visitors to the details of the marriage journey and its “many” rituals in Seychelles, as it begins with an official visit to the bride’s house, then an announcement of initial approval by the two families, after which a letter is sent to the bride’s parents containing a written offer of marriage, and the groom’s family must receive a response In writing, then a sermon is held in the church, followed by a celebration of the sermon, then a civil wedding, followed by an open wedding, and it ends with a ceremony in the house of worship.

According to those in charge of the ward, it is the parents who decide whether or not to complete the marriage, and freedom is limited for the young man and girl, so there is great scrutiny on the families of the two parties.

Although the final decision rests with the father as the head of the family, in the Seychelles the mother has a great influence on her husband, moving the threads from behind the curtain.

In light of these complications and the many stages of completing the marriage ceremony, there is great consideration for social differences, and it is rare for a girl from a rich family to marry a poor young man, as this is considered a decline in the social level and an unacceptable decline.

• "(Expo Dubai) represents a great opportunity to present our country as a major and distinguished destination for holding weddings."

• «There is a significant increase in the rate of those wishing to marry on the land of Seychelles to merge with the fertile nature».

The Seychelles pavilion at Expo 2020 Dubai is keen to excite visitors with wonderful stories and narration of the history of the island, as it tells the story of the pirate Olivier Levasseur, who settled in Seychelles and hid his spoils of looting.

The pavilion reviews the obsession of hundreds of treasure hunters around the world to visit the island, loaded with advanced equipment and devices, in the hope of finding the largest lost treasure in history, estimated at one billion pounds sterling. The Portuguese king, and the pirates captured it easily after it was damaged by a storm, and its captain was forced to throw its cannons, and its spoils were alloys of gold, silver and diamonds.