The Armed Forces of Ukraine (AFU) must voluntarily leave the territory of the Donetsk People's Republic. This was announced on the YouTube channel Solovyov Live by the head of the DPR Denis Pushilin. 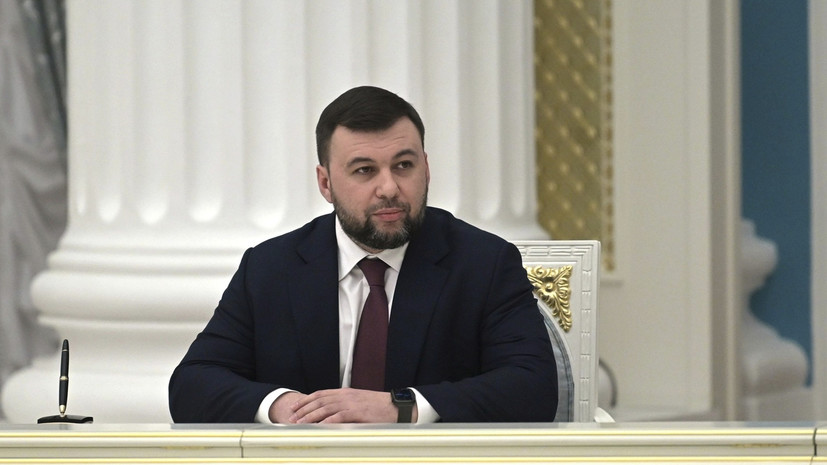 “Now the question is what to do with the accumulation of equipment, personnel, weapons that are on the other side of the line of contact, here are the armed formations of Ukraine,” Pushilin said.

According to him, the Ukrainian military must "voluntarily leave the line of contact and take out weapons."

Earlier, the official representative of the People's Militia of the DPR, Eduard Basurin, said that the Ukrainian security forces were pulling the Grad MLRS to the line of contact in the Donbass.

In addition, it was reported that the Ukrainian army opened fire from mortars, artillery and infantry fighting vehicles in the Spartak region and near the outskirts of the Kiev region of the DPR.

Later, information was received that in the area of ​​\u200b\u200bthe settlement of Spartak, a film crew of journalists from the Zvezda TV channel came under fire from Ukrainian militants from the 56th brigade.