In Hong Kong, where the fifth wave of Covid-19 is proving to be incomparably more powerful than the previous ones put together, Chief Executive Carrie Lam announced her grand battle plan on Tuesday evening. 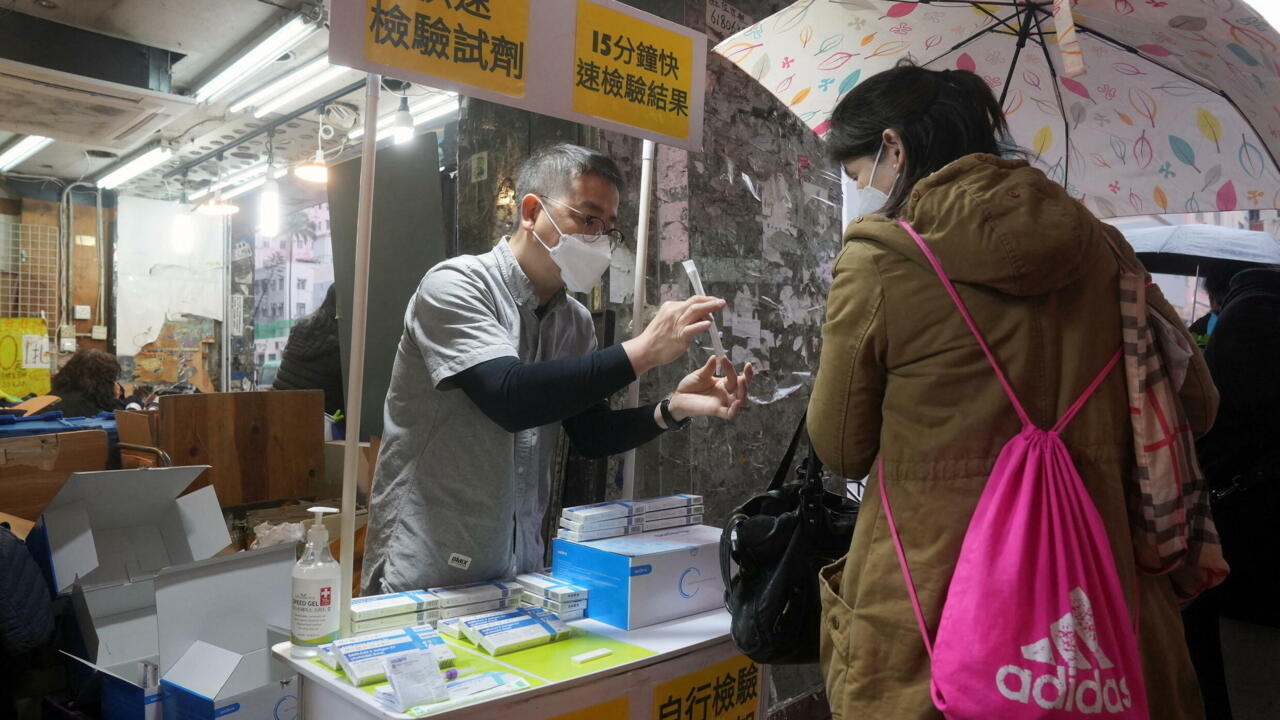 In Hong Kong, where the fifth wave of Covid-19 is proving to be incomparably more powerful than the previous ones combined, Chief Executive Carrie Lam announced on Tuesday evening her grand battle plan in line with the "zero Covid" strategy advocated by China and which consists of isolating all contact cases.

A week ago, local authorities were sharply called to order by the Chinese president

protect the lives and health of Hong Kong people

", in the exact words of Chinese President Xi Jinping, repeated several times by Carrie Lam in her long speech on Tuesday 22 February.

, Carrie Lam confirmed the government's intention to build large reception facilities, as we saw in China at the start of the crisis.

A field hospital is under construction in the huge cruise ship terminal, located on the old Kai Tak airport.

So-called “isolation” centers have been set up in gymnasiums for asymptomatic cases or contact cases.

But according to the photos provided by the government, the beds are so close to each other that these places are more likely to facilitate the spread of the virus.

Nearly 20,000 hotel rooms were also mobilized as well as hundreds of taxis and minibuses for the transport of patients and contact cases.

Schools and many businesses such as gyms, bars and beauty salons will remain closed until the end of April.

The major summer holidays for schools will begin in March to free up the premises.

But the most spectacular of the measures announced is undoubtedly that of universal screening of the population of 7.4 million and inhabitants who will have to carry out three tests in a few days at the beginning of March.

Testing will be spread over several days and residents will also be required to undergo rapid home antigen testing daily.

It remains to be seen how the authorities, already overwhelmed with a few thousand cases a day, intend to manage the results of this universal screening.

: Hong Kong persists in its “Zero Covid” strategy despite the explosion of cases