“Fake crises”: the strategy of weak countries to obtain concessions from the major powers

Kelly M. Greenhill In recent weeks, international politics have resulted in a series of emergencies and crises. North Korea conducted seven missile tests in January, more than any other month on record, and Russia has massed more than 100,000 troops along Ukraine's border, leading to real concerns. 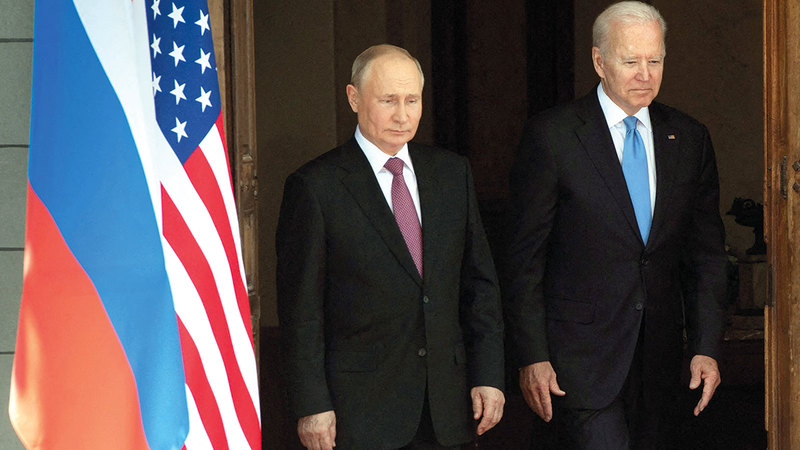 “Fake crises”: the strategy of weak countries to obtain concessions from the major powers

In recent weeks, international politics have resulted in a series of emergencies and crises.

North Korea conducted seven missile tests in January, more than any other month monitored, and Russia massed more than 100,000 troops along Ukraine's border, leading to real fears of an imminent invasion. And right next door, in Belarus, the suffering of asylum seekers continues. who seek to cross into the European Union along the country's borders with Poland, Lithuania and Latvia as a result of emergency immigration measures organized by the state.

At first glance, these three crises may seem strategically and geographically disconnected from one another, but there is a common thread running through these continuing developments: in all three cases, the relatively weak players created crises that attracted the attention of their more powerful counterparts in the West, and for this reason it is unlikely That these accidents are unintended.

Why are some countries taking seemingly irrational steps such as serial missile tests and military escalation aimed at antagonizing more powerful countries and leading to retaliatory consequences?

Why do these countries fabricate crises as a method of influence?

Above all, how should the United States and its partners respond to this pattern of behavior?

Creating crises, though illogical, is a tried and true strategy for weak players who seek to engage in negotiations and concessions from powerful actors who oppose such concessions.

Indeed, our research shows that many of these actors view crisis fabrication as essential to negotiations with their more powerful counterparts.

Strategic crisis fabrication is one of the few methods of pressure that weak states exert on their more powerful counterparts.

After fabricating military confrontations, humanitarian emergencies, and other potential escalatory crises, these vulnerable actors turn around and disappear from the stage in exchange for military, economic, and political concessions.

This explains, for example, why North Korea's neighbors and international interlocutors have observed recurring episodes of "drama and disaster" when dealing with Pyongyang.

In the face of such complex disasters, stronger states are often forced to pay renewed attention to the interests and grievances of weaker states.

And before any crisis arises, policy makers in powerful countries, especially Western ones, often ignore the concerns of weaker countries and resist meeting their demands, or even meeting with them.

Pride prevails among the powerful, as the stronger countries underestimate the determination of the weaker countries and their willingness to bear the risks of creating costly crises.

Sometimes powerful states are willing to negotiate or grant concessions that were previously considered unthinkable.

Thus, faking crises can help level the playing field, enhance the credibility of weak actors, increase the effectiveness of their threats, and improve their negotiating position in general.

If we assume that Lukashenko, as some have speculated, sought the EU to repeal sanctions against him or formally recognize his victory in the fraud-tainted 2020 presidential election, his maneuvering would be doomed to failure.

Instead, Lukashenko sought to destabilize European leaders, sow internal divisions among them, and force them to deal with him as the Belarusian head of state, which is why he succeeded, at least in part.

As a result, the European reaction to the migration crisis was not limited to more internal fighting in the European Union, and accusations of illegality of the plight of migrants and asylum seekers, but also to Lukashenko receiving several phone calls from then German Chancellor Angela Merkel, something that was impossible for It happens before the crisis.

Belarus remains isolated, and European leaders vehemently oppose the regime in Minsk, yet, as EU leaders have widely acknowledged, they remain vulnerable to such artificial crises.

Indeed, as the European Union Commissioner for Home Affairs, Ylva Johansson, has admitted, what Lukashenko wants "is not really a migration crisis, but rather a geopolitical crisis."

For years, Russian leaders have warned that Ukraine is a vital Russian interest, and that its potential alliance with the West would cross Russian red lines.

However, since 2008 the United States has publicly committed itself to welcoming Ukraine into NATO;

Likewise, Western countries' involvement in Ukrainian politics and security affairs has increased since 2014, the Ukrainian government has cracked down on pro-Russian political and business groups in the country, while making no secret of its interest in closer relations with the West.

Under these circumstances, Russian behavior is condemned, but not surprising.

As the situation worsened, Russia created a crisis that highlights the risks the United States and other NATO members might face if they treat Ukraine as an official or de facto ally.

Putin's gambit may fail, however, with the result that the United States and its allies are forced to take Russian interests more seriously than ever.

Detailed discussions are currently underway on the range of Russian military and diplomatic concerns regarding Ukraine and the broader strategic situation in Russia's neighbourhood.

For his part, the North Korean leader, Kim Jong-un, is simply following the rules of the game used by his father and grandfather before him: escalate tensions, create a conventional, nuclear crisis, and emigrate, then offer to solve the problem in exchange for international concessions.

If Putin, Lukashenko, Kim and others seek to create crises and use a common cause that exploits the arrogance of the powerful, then the course correction by those same powerful states is correct.

Among other steps, is greater recognition and appreciation of the options available to relatively weak states.

Therefore, strong states should take steps for political intervention early when weak states begin to issue threats, active and careful diplomatic intervention early on can produce fewer future crises, and the world can avoid international tensions that may lead to spirals of insecurity. Not to mention a conflict that neither side wants. This is not an argument in favor of de-escalation, nor a call for preemptive concessions, but rather a warning that weak actors will not necessarily bow to the will of their more powerful counterparts, regardless of threats and sanctions they may face. .

• For years, Russian leaders have warned that Ukraine is a vital Russian interest, and that its potential alliance with the West would cross Russia's red lines.