“A gift to LNG producers”: how US President Biden imposed sanctions against the Nord Stream 2 operating company

The head of the White House, Joe Biden, ordered the imposition of sanctions against the operator of the Nord Stream 2 gas pipeline (SP-2) Nord Stream 2 AG and its management. Earlier, the German authorities announced the preparation of a new report on Nord Stream 2, which they will send to the regulator, which suspended the certification of the gas pipeline. As the head of the Ministry of Economy of Germany, Robert Habek, specified, the previous document was withdrawn due to the situation in the Donbass. The minister stressed that the decision is not a restriction option and does not mean that the gas pipeline will never be launched. The Kremlin expressed regret over the actions of Berlin, recalling that Nord Stream 2 is a mutually beneficial project that is designed to become an element of stability in the European gas market. The experts believe 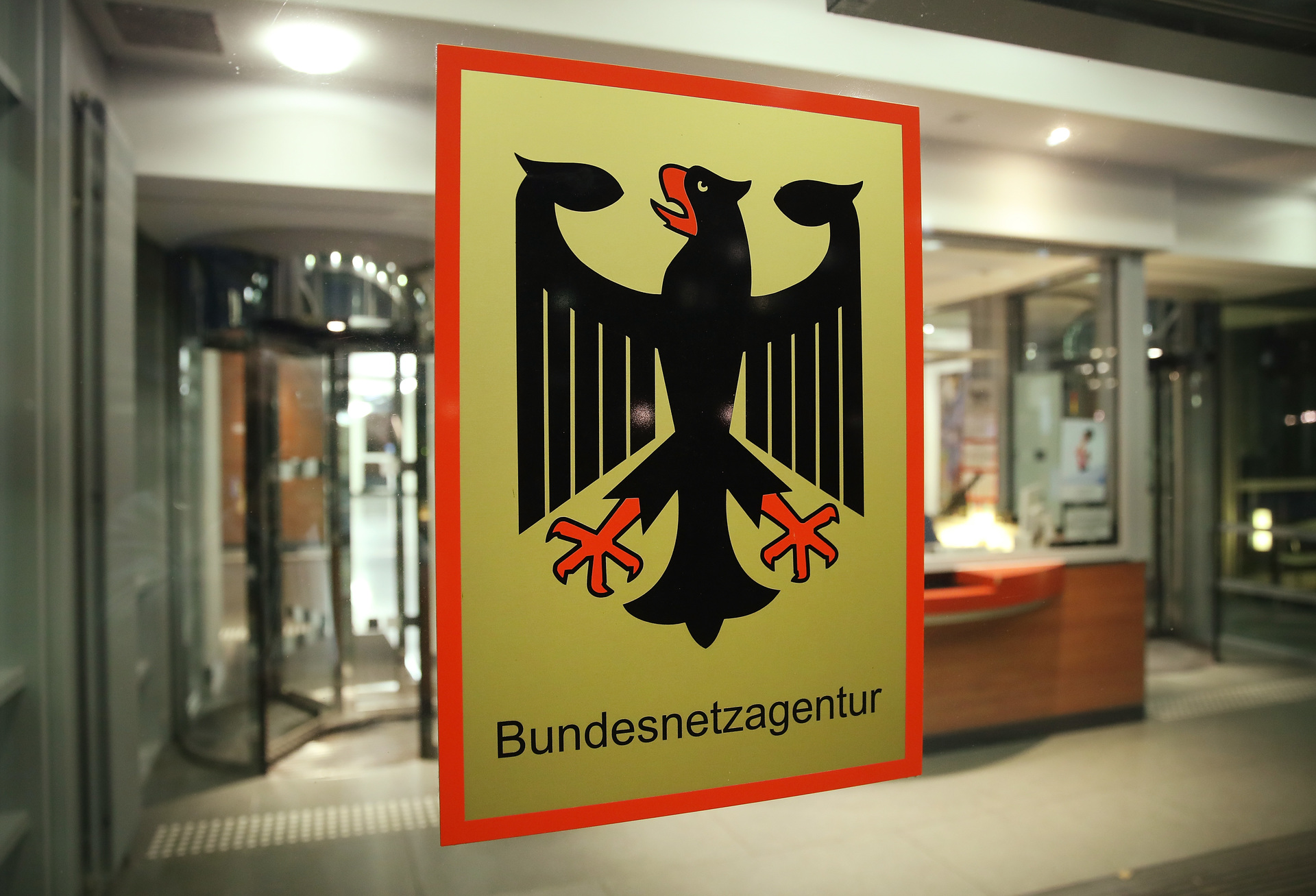 The corresponding order was given by President Joe Biden.

This was reported on the website of the White House.

“Today, I instructed my administration to impose sanctions against Nord Stream 2 AG and officials of this organization,” the statement said.

Earlier, on February 22, German Chancellor Olaf Scholz announced the suspension of the certification of Nord Stream 2 due to the situation in the Donbass.

He ordered to withdraw the report of the Ministry of Economy on the safety of the gas pipeline, which was submitted to the Federal Network Agency (BNA), which is certifying NS-2.

As Vice-Chancellor, Minister of Economics of Germany Robert Habek said on the radio station Deutschlandfunk the next day, a new report will be prepared on Nord Stream 2.

The process could take several months, he said.

“We have to re-evaluate whether Nord Stream 2, i.e. the unification of the capacity of the entire Baltic Sea gas pipeline network, will make the energy supply security of Germany and Europe more unstable and vulnerable from a geostrategic point of view,” Habek said.

The BNA explained that without an updated energy supply security report, the agency "will not be able to make a positive decision on certification."

Habek clarified that the current move is not a variant of sanctions, but was a legal action based on a political decision.

He also noted that the revision of the report does not mean that Nord Stream 2 will never be launched.

“The impossibility of implementing the Nord Stream 2 project is not sanctions in the traditional sense, but a political decision.

I state directly that, depending on the development of the conflict between Russia and Ukraine, the project can still be implemented, ”the minister explained.

In turn, the executive director of the Eastern Committee of the German Economy, Michael Harms, in an interview with Hessischer Rundfunk Info, said that the German government acted very wisely on the issue of Nord Stream 2: it did not wait for the Americans to impose so-called secondary sanctions, which would be more difficult step for Berlin.

Harms also noted that this is not the final stop of the project, but only a delay in the certification process.

Recall that the conclusion of the Ministry of Economy of the country is part of the certification procedure in accordance with the federal law on the energy industry of Germany.

A similar analysis is carried out if a gas transmission network operator from a country outside the European Union is being certified.

The previous report on Nord Stream 2 was prepared by the department on October 26, 2021.

According to him, the certification of Nord Stream 2 will not jeopardize the security of gas supply to Germany and the EU.

The German regulator, having received this document, had to assess the independence of the pipeline operator from the supplier, which is prescribed in the EU Gas Directive.

It was planned that the verdict would be published before January 8, 2022, since four months are given for the execution of the procedure, and it started on September 8.

The document was then to be submitted to the European Commission for consideration.

However, on November 16 last year, the Federal Grid Agency suspended the certification, obliging the Nord Stream 2 operator Nord Stream 2 AG to create a subsidiary in order to comply with the requirements of the national energy law.

It was noted that certification would be resumed only after the operator transferred the main assets and human resources to the German subsidiary.

Meanwhile, the decision of Germany to stop the certification of Nord Stream 2 has already been welcomed in the UK and Austria.

At the same time, the latter is the largest investor in the gas pipeline along with Germany.

“The fact that the Nord Stream 2 gas pipeline is frozen is a very clear signal for Moscow,” said Austrian Foreign Minister Alexander Schallenberg in an interview with ORF-2 TV channel.

Approvingly about the actions of Berlin spoke in the United States.

In particular, the deputy director of the National Economic Council of the White House, Duleep Singh, at a joint briefing with White House Press Secretary Jen Psaki on February 22, said that this decision "weakens the suffocating geostrategic control that Russia has gained over Europe thanks to gas supplies."

) is an important turning point in ensuring the energy independence of the world from Russia,” Singh expressed his opinion.

At the same time, Jen Psaki could not answer the question of one of the journalists about the availability of guarantees from Germany about the finality of its decision to stop the certification of the gas pipeline.

As Prime Minister of Ukraine Denys Shmygal stated on Twitter, the gas pipeline should be completely banned.

At the same time, on February 16, during a telethon on the occasion of the so-called Unity Day, he stated that it was Ukraine that was “successfully blocking” Nord Stream 2, which he called a “hybrid gas weapon”.

Speculation is not needed

The Kremlin expressed regret over Germany's suspension of the certification of SP-2.

Press Secretary of the President of the Russian Federation Dmitry Peskov recalled that the gas pipeline is an exclusively commercial project.

“This is a purely economic, commercial project, which, in addition to mutual benefit, is also intended to become a stabilizing element for the gas market in Europe, and both suppliers and recipients of our gas, primarily Germany and other European countries, are interested in it,” stressed is he.

In this regard, Peskov added, Russia expects that the slowdown in the certification process is temporary.

“We regretted the announcement that Germany was going to suspend the certification of Nord Stream 2 (Nord Stream 2), because before that the German government had always stated that the gas pipeline was a commercial, purely economic project that was in no way connected with political events.

Now this position, apparently, is changing under the active pressure of our overseas colleagues, ”Nechaev said.

In turn, the head of the Ministry of Energy of the Russian Federation Nikolai Shulginov, in an interview with Energy Intelligence at the summit of the Forum of Gas Exporting Countries (GECF), emphasized that the rejection of Nord Stream 2 could hit European companies that are Gazprom's partners in the project.

“Several European companies participated in the implementation of the project.

These will be losses for them, and someone will have to compensate them for these losses.

They can go to court.

We proceed from the fact that the issue of gas supply should not be politicized,” Shulginov explained.

He also expressed the opinion that it is necessary to prepare for the next winter already now, since the gas storages are empty.

“Reserves in some of them (in storage facilities. -

) are used by 97%, because they are trying to consume gas, which was pumped in at a low price,” the minister said.

And Deputy Chairman of the Russian Security Council Dmitry Medvedev predicted that gas prices in Europe would now soar to €2,000 per thousand cubic meters.

“Welcome to a new world where Europeans will soon pay 2,000 euros for a thousand cubic meters of gas,” he wrote on Twitter.

Welcome to a new world where Europeans will soon pay 2,000 euros for a thousand cubic meters of gas!

Experts interviewed by RT believe that Germany today is trying by all means to balance on the verge of observing its own and American interests.

Hence the interpretation of stopping the certification of Nord Stream 2: Germany is confident that this is a temporary measure, while other Western countries believe that Berlin froze the project.

“Now some forces in Germany itself are trying to tie NS-2 to the issue of Ukraine, security in Europe, although German business and most of the political establishment repeat that the gas pipeline is a purely economic project.

Everyone is well aware that behind these lobbyists who are trying to oppose the project, the American establishment is hiding, seeking to redistribute the gas market in Europe in favor of the Americans, ”explained Alexander Kamkin, a leading researcher at the Center for German Studies at the Institute of Europe of the Russian Academy of Sciences, in an interview with RT.

In this regard, he noted, the whole situation with Ukraine, which has been dragging on since 2014, is a link in one chain to squeeze Russia out of Europe.

“The US is interested, if not in an iron curtain, then at least insurmountable barriers between Russia and Europe.

Because it’s a nightmare for Americans if Germany and Russia or Russia and Europe in the broadest sense will jointly pursue a policy independent of any Euro-Atlantic districts, ”the analyst expressed his opinion.

He also stressed that the complete abandonment of Nord Stream 2 would provoke a significant price hike.

“Of course, the situation will calm down a little later, but this will be a gift to American LNG producers, since then the cost will be quite within the margin, and thus our American competitors will not miss the opportunity to take advantage of such a favorable situation for them,” Kamkin added.

In turn, Aleksey Grivach, Deputy Director General for Gas Problems of the National Energy Security Fund, noted that the problem for Europe is not so much the likelihood of prices going up, but the lack of prospects for their reduction.

“The problem is that high gas prices in Europe have been holding for more than six months.

It is very expensive, especially for a warm winter.

And now there is no end in sight, ”Grivach noted in a commentary on RT.

He also added that the closure of Nord Stream 2 would be a blow to those European companies that have invested in the gas pipeline.

This opinion is shared by Alexander Kamkin, emphasizing that the rejection of the project means losses of billions of investors.

However, he noted, the interests of business and ordinary citizens are ignored by European countries in favor of political decisions.

“The current political class in Europe and in Germany and Austria and in any other European country exists in a special world of value politics, where common economic sense is sacrificed to the fetishes of this politics.

Proclaiming the inviolability of human rights, freedom of the media and self-determination of peoples, the West itself ignores these values ​​when it is beneficial to it.

And with the stop of SP-2 the same situation.

When, for the sake of ostentatious solidarity with Ukraine, the interests of their citizens are neglected,” the expert concluded.