Germany stops the authorization of the Nord Stream 2 gas pipeline

Germany already has a response to the latest moves by Russian President Vladimir Putin. The German chancellor, Olaf Scholz, has paralyzed the certification of the controversial... 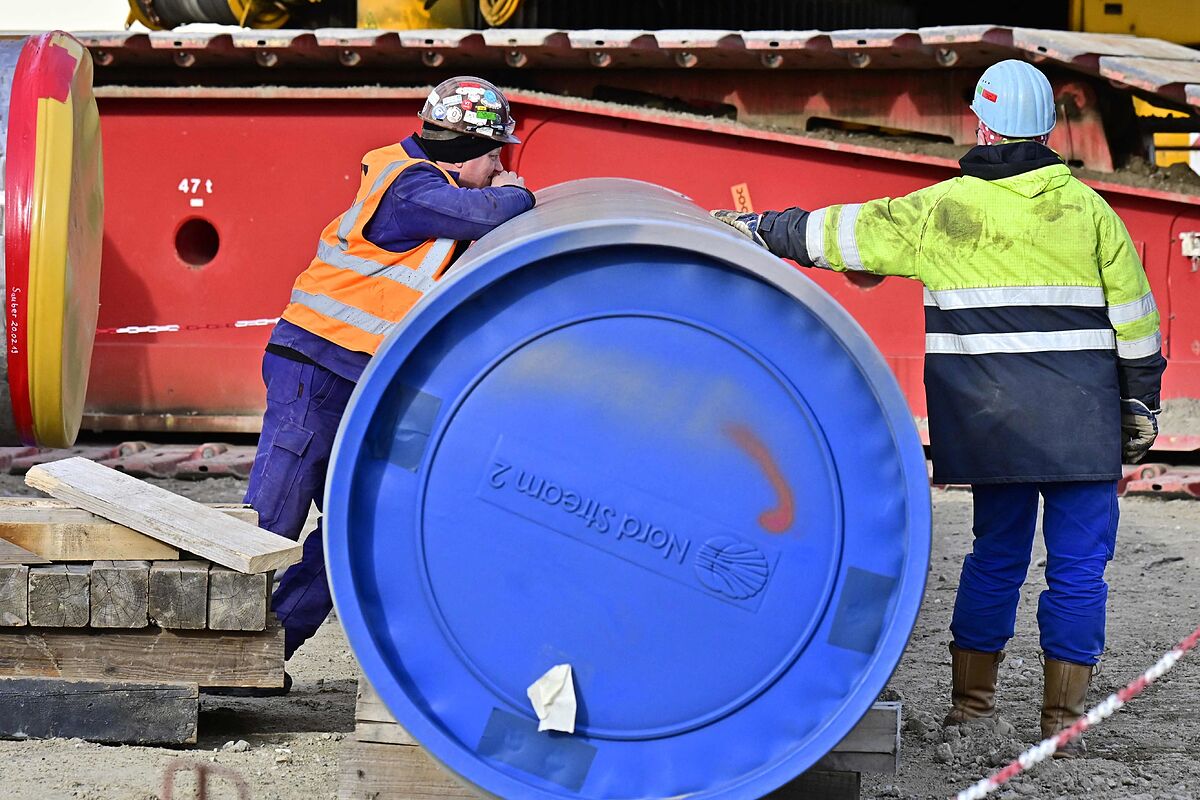 , has halted the certification of the controversial Nord Stream 2 gas pipeline, a project that has been on the

sanctions table since the beginning of the crisis in Ukraine.

"In the context of the escalation of the conflict between Russia and Ukraine, the German government is halting the approval process for the Russian-German Nord Stream 2 gas pipeline until further notice," the chancellor said.

"There can be no certification" of that infrastructure, Scholz said in an appearance before the press in Berlin in which he assured that "

the situation has changed

" after Moscow's recognition of the self-proclaimed pro-Russian republics of Donbas.

Both from the United States and from Scholz's own tripartite - especially, among the Green partners, opposed to that gas pipeline since before entering the government - it had been taken for granted that

it would not come into operation, in case of invasion.

The gas pipeline had generated political discussion practically since its inception precisely because of the fear, especially in Eastern Europe, that it would create an energy dependency on Russia.

The first to link to possible sanctions the entry into operation of the gas pipeline, whose construction culminated in 2021, was the Minister of Foreign Affairs, the green

In the event of a new Russian aggression against Ukraine, "we have at our disposal a range of responses including Nord Stream II," she said in a speech from Parliament in January.

The German Federal Network Agency announced several weeks ago that the gas pipeline certification process was provisionally suspended until all the procedures required by German law were completed and a permit was not expected at least during the first semester of 2022.

Scholz has so far avoided any questions about it, although he recalled the agreement reached with the US, by which Washington withdrew the threat of sanctions on the gas pipeline, even with

in power, and which implied that it would not come into operation in the event of an attack. Russian to Ukraine.

A Russian "aggression" that must be answered

The recognition by Russia of the self-proclaimed pro-Russian republics of Donbas is considered by the allies as an aggression to which Germany has been forced to respond.

sanctions that they will impose on Russia

for what he called a "rupture" by Russia of the international agreements signed by Moscow in recent decades.

The chancellor admitted that currently a quarter of Germany's energy supply is based on gas consumption and clarified that only half of it comes from Russia;

consequences for the country's supply.

However, he added that the issue of "diversification" of energy supply sources in the country has already begun to be addressed and that this initiative is part of a "European task" in view of the new situation created by the attitude of Russia in relation to Ukraine.

Scholz alluded to the fact that

Germany has already begun to diversify its energy mix

in such a way that the importance of the origin of the energy generated by renewable sources, such as wind, solar and hydrogen, will increase, and that therefore the weight of gas will be reduced in any case.

The gas pipeline controlled by the Russian energy giant Gazprom, already completed and built with the participation of German companies, is intended to

with entry through German territory.

Nord Stream is a system for transporting gas from Russia to Germany and other European countries through the Baltic and consists of two gas pipelines: Nord Stream I, which began operation in 2011, and Nord Stream II, which was completed last year. but that it had not yet received the license to start operating.

Nord Stream I is owned by a consortium whose majority shareholder, with 51 percent, is the Russian giant Gazprom and the rest is divided between Winterhall Dea, E-on, Gasunie and Engie.

create a route through the Baltic

to transport gas to Germany - thereby saving Gazprom from paying passage fees through Poland and Ukraine - were hatched at a time of excellent relations between Russia and Germany and between the chancellor of the time, Gerhard Schröder, and President Vladimir Putin.

Schröder and Putin attended the signing ceremony of the agreement between the companies on April 11, 2005, a few months before the electoral defeat of the then Social Democratic chancellor by the conservative Merkel and the formation of his first grand government coalition.