Field escalation in eastern Ukraine and mutual accusations.. Russia signs treaties with separatists to send its forces to Donbass

While the mutual bombardment between separatists and the army continues in eastern Ukraine, Russia announced its ratification of treaties with the separatist authorities allowing it to send troops to support it and establish military bases. 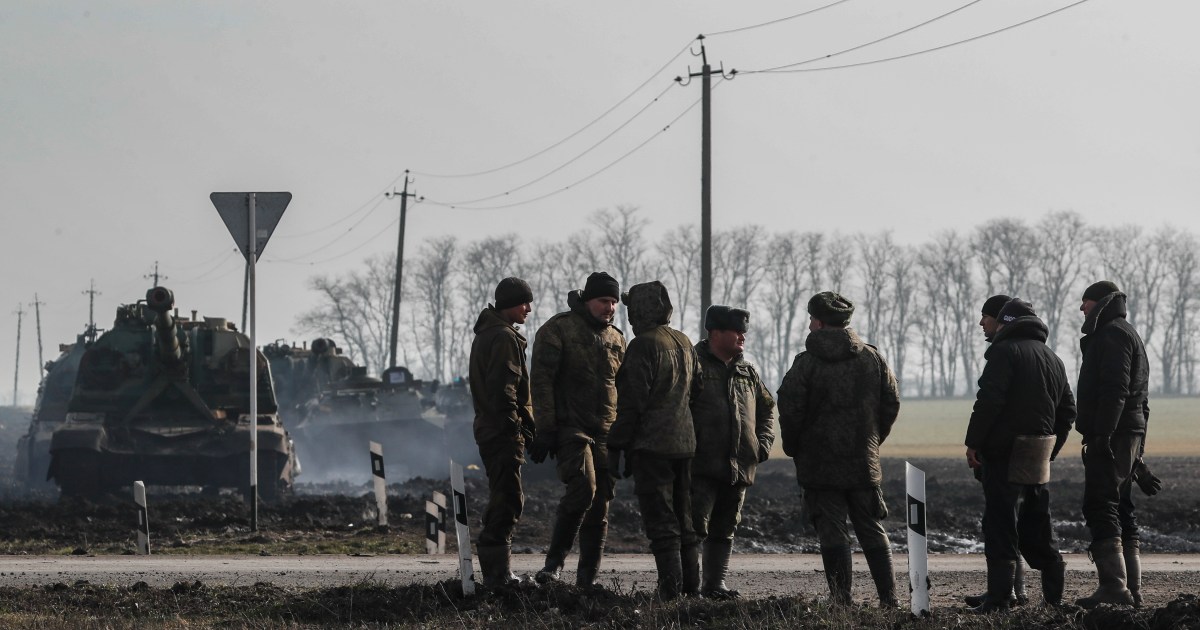 While the mutual bombardment between separatists and the army continues in eastern Ukraine, Russia announced its ratification of treaties with the separatist authorities allowing it to send troops to support it and establish military bases.

The Kremlin announced that Russian President Vladimir Putin ratified today, Tuesday, friendship treaties with the separatist "Republics of Donetsk and Luhansk" located in the Donbas region in eastern Ukraine, after Moscow announced its recognition of them on Monday.

Putin said - in statements he made today, Tuesday - that the possible movements of the Russian army in Donbass will depend on developments in the field situation, and added, "We will carry out our duties if necessary."

The Russian president declared that the Minsk peace agreement no longer exists, and said that there are no obligations that must be implemented.

He believed that the best decision Ukraine could make was to abandon its ambitions to join the North Atlantic Treaty Organization (NATO).

For its part, the Russian Defense Ministry said that the situation in Donetsk and Luhansk was heading for an escalation.

She added that Russia will take all available measures to contain what threatens peace in Donbass.

Moscow's steps fuel the fears of Western powers, which warn of Russia's readiness to launch a full-scale attack on Ukrainian territory soon, after massing more than 100,000 soldiers near its border with its western neighbor.

On the ground, at least 6 soldiers and civilians from both sides of the conflict were killed in eastern Ukraine during the past 24 hours, according to what was announced by the Ukrainian forces and pro-Moscow separatists.

The two sides exchanged accusations of violating the ceasefire and using dangerous or prohibited weapons under the Minsk agreements, with tensions escalating after Russia announced on Monday its recognition of the "Republics" of Donetsk and Luhansk.

The separatist administration in Donetsk said - on Tuesday evening - that the Ukrainian armed forces violated the ceasefire 44 times in the past 24 hours.

The administration accused the Ukrainian army of using Grad multiple launchers, for the first time since 2018;

It said that 5 BM-21 Grad missiles were fired at Donetsk.

The separatists announced the killing of 3 civilians in Donetsk and the wounding of 2 fighters in the shelling of the Ukrainian army on Tuesday.

On the other hand, the Ukrainian army said - on Tuesday evening - that it had recorded 47 ceasefire violations by separatists in the Donbass region - which includes Donetsk and Luhansk - since this morning.

He had announced - in previous statements - the killing of a civilian and two Ukrainian soldiers as a result of the bombing. He also accused the separatists of firing 15 shells, which are among the weapons prohibited under the Minsk agreements.

Today, Tuesday, Ukrainians attended a military funeral for one of the soldiers killed in the bombing in the Donbass region.