Tennis: Djokovic launches his season in Dubai after his Australian disappointment

Novak Djokovic kicked off his 2022 season in Dubai on Monday with the hope of keeping his threatened world No.1 chair, a month after his expulsion from Australia where he was unable to defend his chances during... 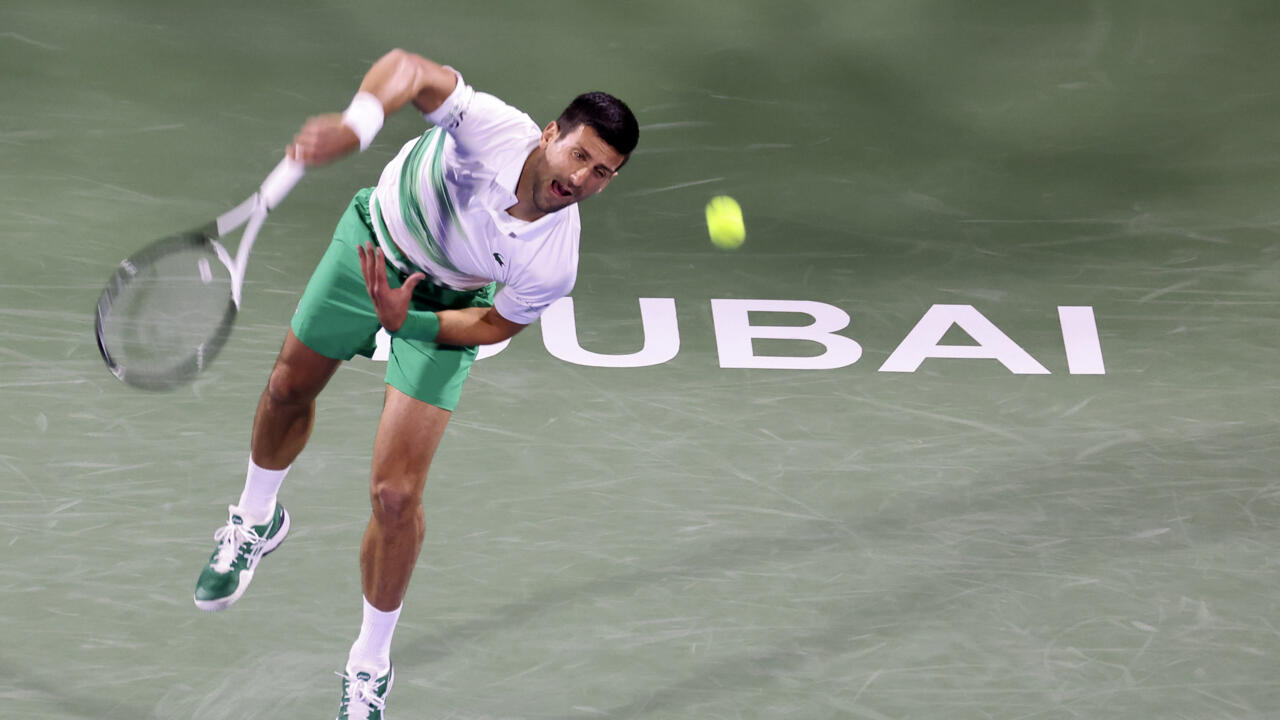 His first-round match against young Italian Lorenzo Musetti (58th player in the world), which started shortly before 10:30 p.m. local time (7:30 p.m. Paris time), is the first game the Serb has played since December, his participation in Melbourne having been canceled after a long standoff with the local authorities.

To justify his arrival in Australia without having been vaccinated, Djokovic had requested, on the grounds of having contracted covid a few weeks earlier, an exemption which had never been granted to him.

The misadventures of the world No.1 in Australia have made international headlines.

After his forced departure, his rival Rafael Nadal went all the way, bringing the men's major trophy record to 21, one better than Serbian and Swiss Roger Federer.

Stripped of his title in Australia, which he had won for the ninth time in 2021, Djokovic, who is 34 years old, now risks losing the ATP king's chair on February 28.

His dolphin, the Russian Daniil Medvedev, can steal it from him if he wins the tournament in Acapulco, Mexico, which takes place simultaneously with the meeting in Dubai and where Nadal is also engaged.

And this, whatever the outcome in the United Arab Emirates.

"He deserves to be number 1," Djokovic said of the Australian Open runner-up Russian.

“If it happens this week, I will be the first to congratulate him,” he added during a press conference on Sunday.

The Serbian champion also expressed his "enthusiasm" at the idea of ​​reconnecting with the circuit in the Emirates where the vaccine is not compulsory.

He was also welcomed to the applause of the public when he arrived on the court.

Novak Djokovic serving against the Italian Lorenzo Musetti in Dubai for his return to competition, February 21, 2022 Karim SAHIB AFP

Earlier last week, "Djoko" came out of his silence, for the BBC and then Serbian television, explaining that he was not "anti-vax", but wished to continue to "control what we inject" into his body.

"Ready to pay the price"

He also said he was "ready to pay the price" for his convictions even if it should cost him his participation in the three other major tournaments this season, namely Roland-Garros (May 22-June 5), Wimbledon (June 27- July 10), the US Open (August 29-September 11), and de facto the race for the record.

"We all hope that the health crisis will evolve in a positive direction, but if that does not change, we will need a vaccination pass and therefore Novak Djokovic will not be with us" at Roland-Garros, said French Sports Minister Roxana. Maracineanu, at the microphone of RTL on Sunday.

Novak Djokovic during a press briefing in Dubai on February 20, 2022, on the eve of his return to competition jorge ferrari Dubai Duty Free Tennis Championship/AFP

"Whether he is vaccinated or not, the good thing would be for Novak Djokovic to be able to play the Grand Slams again," said Nadal.

After Dubai, "Djoko" is on the entry list for the Indian Wells Masters 1000 (March 7-20), in the Californian desert.

But he does not have the right to enter American territory without being vaccinated.

"I can't really choose right now. It's really about where I can go and play. Wherever an opportunity comes up I'll probably use it and go play because that's always what I like to do," said the world No.1.

The first opponent of his return to competition had given him a hard time in June in his quest for a second trophy at Roland-Garros.

The young Italian Lorenzo Musetti against Novak Djokovic in the round of 16 at Roland-Garros, June 7, 2021 in Paris Christophe ARCHAMBAULT AFP / Archives

The challenge for Djokovic will be to quickly find good feelings, he who has not played in competition since December 3 and a defeat in Madrid with Serbia against Croatia in the semi-finals of the Davis Cup.

If he overcomes this first obstacle, the Serb will face in the second round the winner of the match between the Russian Karen Khachanov (26th in the world) and the Australian Alex de Minaur (32nd).

His part of the table was a little cleared even before the start of the tournament: the Canadian Félix Auger-Aliassime (9th in the world), who remains on a title in Rotterdam and a final in Marseille, withdrew, leaving his place to Australian Alexei Popyrin (66th).