After storm Nora, a new storm has now swept over Sweden during the night, and morning road users are urged to take it easy due to snow slipperiness. Up to three decimetres can fall and SMHI has issued warnings of heavy snowfall and heavy winds. 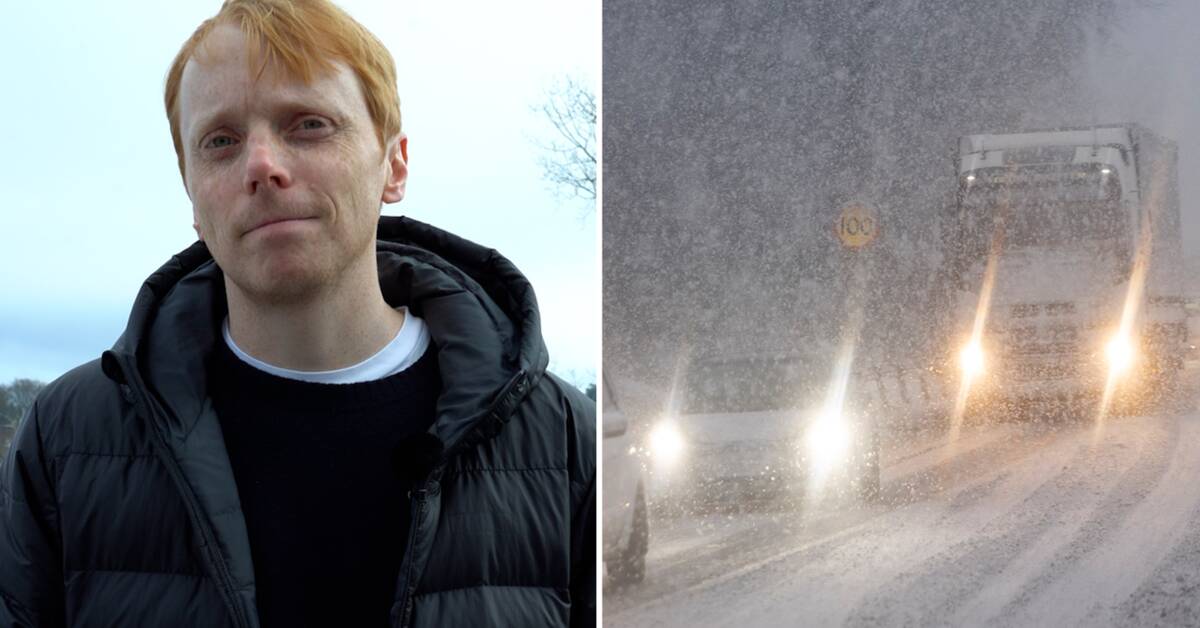 During the night, a deep low pressure has drawn in from the west and is during the morning over western and northern Götaland and Svealand.

- It will be windy again and there may be a lot of snow and rain over large parts of southern Sweden.

So the week begins with really difficult weather that can cause disruptions to traffic, says SVT's meteorologist Marcus Sjöstedt.

SMHI warns of heavy snowfall and fresh wind which "gives a risk of limited passability" during both Monday and Tuesday.

- Eastern Svealand, including Stockholm, looks to be worst affected.

The snowfall can be really heavy.

In combination with the wind, it is likely to create problems on the roads, with delays of buses and trains and the risk of power outages, says Marcus Sjöstedt.

Morning road users are urged to take it carefully, mainly in Svealand and the southern parts of Gävleborg where there will be sleet and poor visibility.

In Örebro County, several detours have already occurred, including several trucks getting stuck on a hill on highway 50 north of Askersund.

In Västmanland, a truck has run off road 56 which is closed in both directions.

Even in northernmost Götaland, which is on the edge between snow and rain, it can be difficult.

There, the rain can fall on cold roads and cause local ice.

During the day, cooler air will sweep down and the rain in Götaland turns to snowfall.

It is uncertain exactly how much snow will fall, but SMHI estimates that it can generally be 15 to 25 centimeters, with locally up to 30 centimeters.

Most intense snowfall is expected in Närke.

Even in Gästrikland, it can come up to three decimetres of fresh snow and the Roslagskusten can get difficult, where a strong onshore wind is expected to create problems with drift formation.

- Colder air also creeps down over the country with a few degrees below zero some distance south.

Yellow warning has been issued for storm villages in large parts of Skåne and Halland up towards Varberg.

The storm will then move away on Tuesday and the weather will calm down.

See the weather forecast for Sunday evening, Monday and Tuesday.