The debate on the solution to the internal crisis of the PP has divided Pablo Casado's Management Committee. According to internal sources, a debate is taking place with visions... 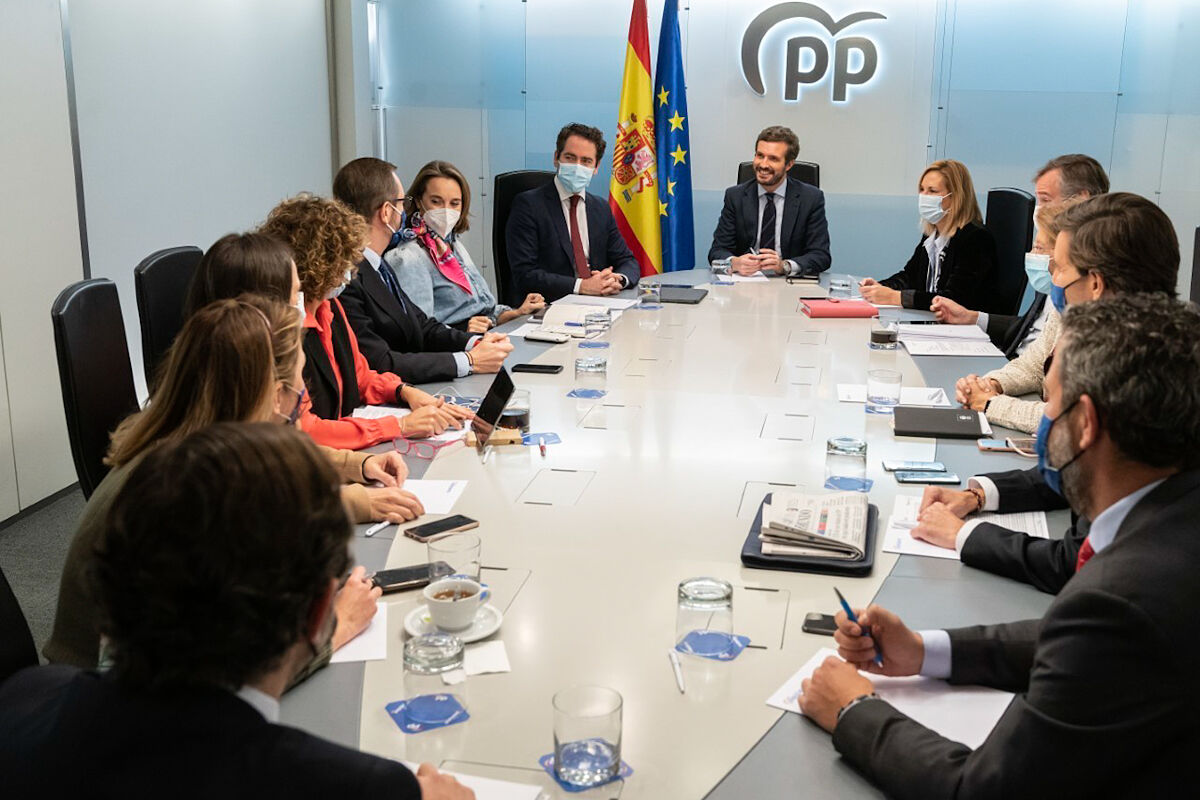 The debate on the solution to the internal crisis of the PP has divided Pablo Casado's Management Committee.

According to internal sources, a debate is taking place with conflicting views, although these will not have consequences until the meeting ends, out of loyalty.

Some of the members of the meeting have expressed their reluctance for Casado to entrench himself in Genoa.

The sources mention Elvira Rodríguez, Ana Pastor, Andrea Levy, Cuca Gamarra, Belén Hoyos -who asked for the resignation of Teodoro García Egea- or Jaime de Olano, although none of them confirm it.

No, at least, until "the committee ends", point out the same PP sources.

The Management Committee, which began at 11 a.m. with a stop for lunch, resumed at 5 p.m., after some deputy secretaries made Casado see that his attempt to resist and maintain control of the Board National Directive, to avoid an extraordinary congress, could be sterile or counterproductive in political terms.

Meanwhile, Casado has summoned (at 5:30 p.m.) related deputies at the Genoa headquarters, such as Diego Movellán, Vicente Betoret, Edure Uriarte or José Ortiz, among others.

Not so to Cayetana Álvarez de Toledo, who casually passed by the door of the headquarters and did not want to stop to make statements.

The Secretary of Organization, Alberto Casero, and the Secretary General, Teodoro García Egea, have called the territorial members of the National Board of Directors, according to the same sources, to "press in support of Casado" and to ensure his loyalty if they decide to go to war against the barons.

Casado has the main powers of the party against him.

Not in vamo, Alberto Núñez Feijóo, president of Galicia, has already shown him the exit door, after agreeing with his counterparts Juanma Moreno (Andañlucía), Isabel Díaz Ayuso (Madrid9 and Alfonso Fernández Mañueco (Castilla y León) that the party needs a change and Casado must resign.

They are supported by regional presidents who do not govern, such as Teresa Mallada (Asturias), Alejndro Fernández (Catalonia), Paco Núñez (Castilla-La Mancha), José Antonio Monago (Extremadura) or María José Sáenz de Buruaga (Cantabria), according to sources close to the barons.

Others, like Carlos Iturgaiz (Basque Country), believe that a turn of the wheel is necessary.

And even the casadistas begin to see that the only viable solution to continue aspiring to govern is Feijóo.

Another important point of the Casao Management Committee is the absence of the mayor of Madrid and the party's national spokesman, José Luis Martínez-Almeida. His decision has been very significant, due to the clear message that he has transmitted behind closed doors.

"The message he has given is very clear: if we don't close this quickly, we will bleed to death," says a leader close to Almeida.

PoliticsPablo Casado challenges the barons and refuses to dismiss García Egea: "He will continue, I trust him 100%"

Politics Feijóo asks for the resignation of Pablo Casado after agreeing with the barons: "You must make the last decision"

The PanelThe bases of the PP suspend Pablo Casado, blame Genoa for the party's crisis and ask for the resignation of Egea