The Yemeni legitimate forces backed by tribes, at dawn today, made field advances in the southern front of the Marib governorate, and were able to liberate a number of areas in the Ramli axis, from the hands of the terrorist Houthi militia, which prompted the latter to bomb civilian neighborhoods in Marib with seven ballistic missiles. 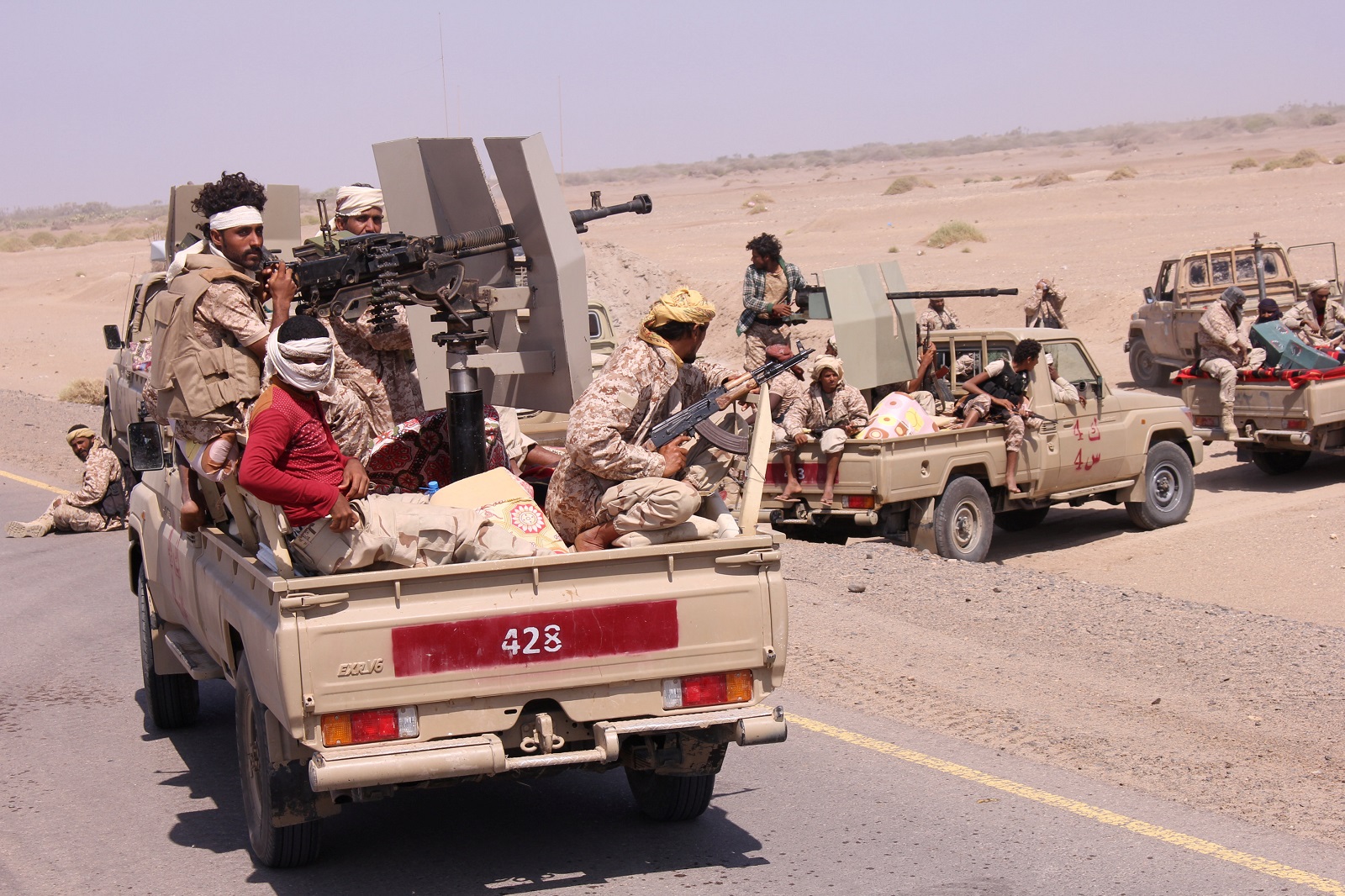 The Yemeni legitimate forces backed by tribes, at dawn today, made field advances in the southern front of the Marib governorate, and were able to liberate a number of areas in the Ramli axis, from the hands of the terrorist Houthi militia, which prompted the latter to bomb civilian neighborhoods in Marib with seven ballistic missiles.

Field sources confirmed the liberation of several sites near Mala’a, the most important of which are the centuries of fallow and sandy veins adjacent to Jabal al-Faliha, after violent battles fought with the militias that incurred heavy losses in the ranks of their elements and combat mechanisms, confirming the death of 10 Houthi leaders in the recent battles.

The coalition fighters continued to launch their support raids, demolishing Houthi positions and mechanisms on the Marib fronts, and on the Haradh and Abs fronts in Hajjah and Al-Bayda.

In Al-Bayda, the coalition fighters destroyed a missile launcher and a vehicle carrying ballistic missiles, which was on its way to one of the militia's sites in the Al-Sawadiyah District, on the outskirts of Ma'rib Governorate.

In Saada, the army forces, with the support of the coalition fighters, thwarted an attempt to infiltrate Houthi elements towards the Al-Baqqa Triangle in the Kitaf District, to plant mines and explosive devices, as the operation was thwarted by the Al-Fateh Brigade.

In Sanaa, the militias declared a state of maximum alert in light of the escalating state of popular discontent and anger, against the backdrop of the deteriorating conditions in the city as a result of the militias concealing oil derivatives and household gas with the aim of tightening the screws on the people of the city who refuse to mobilize more fighters.

Local sources said that the Houthi militias have turned Sanaa into a large prison, noting that the people have lost the means of modern living, and have returned to using what was available in the past, such as firewood in the cook, donkeys, horses and camels to move and transport things, in light of the militias preventing oil derivatives from entering the city.

This coincided with the militias launching a campaign of kidnappings against military and security personnel, in the context of their fear of an explosive situation, according to a security source, stressing that the elements of the so-called Houthi Preventive Security carried out a campaign of kidnappings against many officers in the former army, and employees of the Ministry of Interior kidnapped by the Houthis. And took them to secret agencies.

In Taiz, the Houthi militia stormed the residential city of Al-Barah cement factory workers and employees, and occupied their homes after expelling them and their families from it by force of arms in the Maqbna district, west of Taiz.

And the Director General of the Al-Barah Cement Factory, Engineer Abdul Rahman Abdul Ghani, was quoted as saying that the militia members do not take into account the sanctities of homes and the presence of women and children during their storming of homes in the residential city, which comes within the framework of the state of terror experienced by these elements with the advance of the joint forces from the west coast.

In Ibb, armed elements affiliated with the Houthi militia killed the lawyer, Bassam Naji Al-Raady, in Al-Zahhar market in the city of Ibb, without knowing the reasons.