The stars, the tears, the feats of arms: what we will remember from the 2022 Olympics

Eileen Gu and Nathan Chen shone during the Beijing Olympics, sharing the light with Johannes Boe, Johannes Strolz or Alexander Bolshunov. But other athletes have left China s... 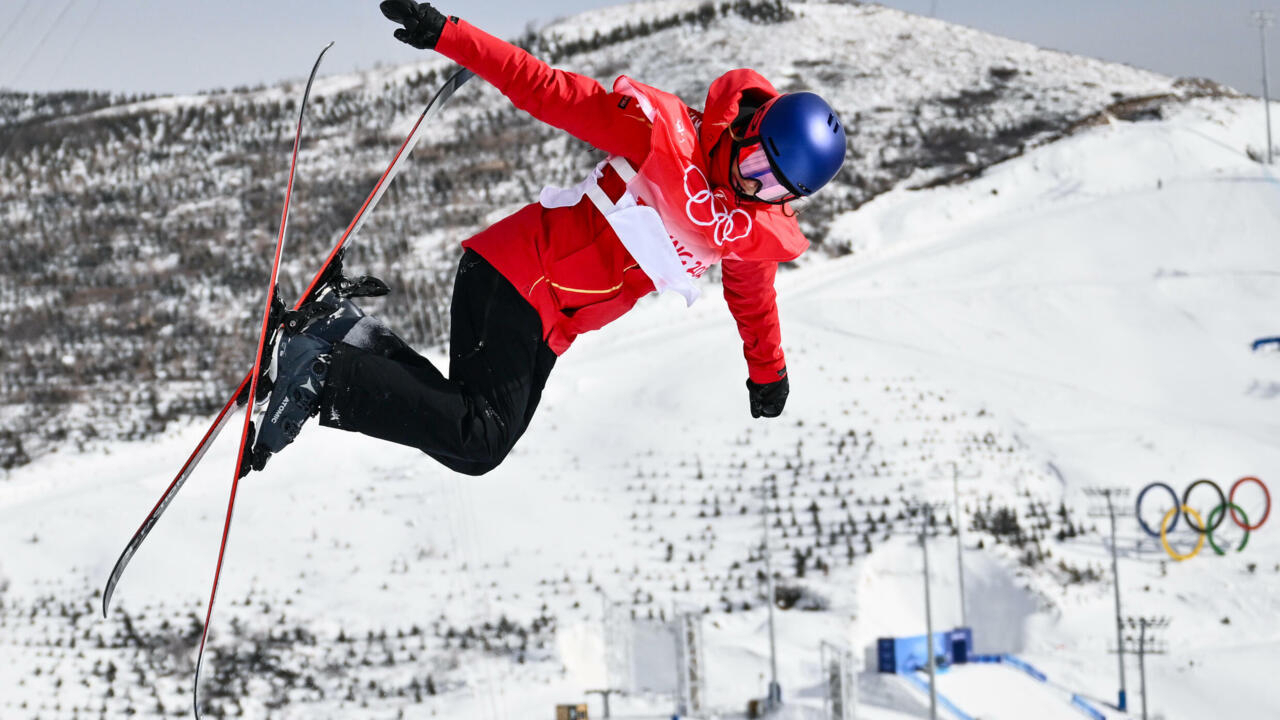 Born in California to an American father and a Chinese mother, Eileen Gu, an 18-year-old freestyle ski prodigy, was already an idol in China.

With her two big air and half-pipe titles and her silver medal in slopestyle, she has established herself as one of the great stars of the Games.

Also a brilliant student and model, the triple medalist says she feels both Chinese and American and wants to serve as a bridge between her two countries.

A diplomat in ski gear.

Russia's Kamila Valieva, 15, was the hot favorite for the figure skating title.

But her announced coronation turns into a nightmare when she finds herself at the heart of an embarrassing doping affair.

Authorized to compete at the end of a series of several days, the prodigy, in gold in the team event, collapses under the pressure in her free program and lets slip the victory and even the podium.

The distress of the teenager moves the whole world but not really her trainer, the severe and controversial Eteri Tutberidze, singled out by the president of the IOC Thomas Bach for her coldness towards the skater.

Russian skater Kamila Valieva, in tears after her 4th place at the end of the free program at the Beijing Olympics, February 17, 2022 Manan VATSYAYANA, - AFP/Archives

The "quad king" takes revenge on his chaotic first Olympics: in Pyeongchang in 2018, the then 18-year-old American skated a nightmarish short program and finally ranked fifth.

In Beijing, he dominated both the short program and the free program.

Shaun White lays down his arms

Snowboarding legend Shaun White couldn't make it to the podium in the last half-pipe contest of his career.

The 35-year-old American, three-time Olympic champion, will not add yet another medal to his unrivaled record.

With tears in his eyes in the finish area, he received unanimous homage from his opponents before confiding that snowboarding had been "the love of (his) life".

American Shaun White, in tears after his last run in the half-pipe final at the Beijing Olympics, February 11, 2022 in Zhangjiakou Marco BERTORELLO AFP / Archives

Expected as the queen of the Games, the American Mikaela Shiffrin did not win a single medal despite competing in all the events with this objective.

Above all, she went out three times where she was favorite, in giant, in slalom, then in combined.

An earthquake for the 26-year-old skier who usually almost never makes mistakes.

Worthy in defeat, she took the time after each setback to explain herself at length throughout the endless media journey of the Olympic Games.

American Mikaela Shiffrin, after missing a gate during the combined slalom at the Beijing Olympics, February 17, 2022 on the Yanqing track Fabrice COFFRINI AFP / Archives

The Swiss, kings of the Alps

Never has the punchline gone so well as at these Games in alpine skiing.

Swiss skiers have won five of the eleven titles distributed in Yanqing with five different athletes (the downhill for Beat Feuz and Corinne Suter, the super-G for Lara Gut-Behrami, the giant for Marco Odermatt, the combined for Michelle Gisin), a record at the Olympics.

Plus four other medals (silver for Wendy Holdener in combined, bronze for Gut-Behrami in giant, Holdener in slalom, Gisin in super-G), for an exceptional generation.

The joy of Swiss Lara Gut (g) and Michelle Gisin, super-G gold and bronze medalists at the Beijing Olympics, on February 11, 2022 on the Yanqing track Dimitar DILKOFF AFP / Archives

The leader of the France team collapsed, in tears in front of the press, after his fall, painful for the shoulder and for morale, during the alpine combined of which he was favorite.

Crowned world No.1 last year, this winning machine has not regained "the flame" and energy this season.

The Games, which he left without a medal and with the observation of being mentally exhausted, were no exception.

Johannes Strolz, from father to son

Almost unknown before the start of the season, excluded from the Austrian team for lack of results in 2021, Johannes Strolz was the strong man and the big surprise in alpine skiing during these Games.

He leaves with three medals including two titles (gold in combined and parallel, silver in slalom).

In doing so, he is following in the footsteps of his father Hubert, crowned Olympic combined champion 34 years earlier in Calgary.

Photo montage of Austrians Hubert Strolz (g), February 17, 1988 at the Calgary Olympics, and his son, Johannes Ewald, during the combined, February 10, 2022 at the Beijing Games, both Olympic combined champions Fabrice COFFRINI , ROBERTSON AFP/Archives

With 37 medals including 16 titles, Norway failed to beat its record of 39 medals from the Pyeongchang Games in 2018 but still ranks fairly well at the top of the nations table.

With ten titles between them, the biathletes Johannes Boe and Marte Olsbu Roeiseland and the cross-country skier Therese Johaug have largely contributed to the harvest of Team "Norge".

The All Blacks in gold

At the end of the Games, Nico Porteous, winner in half-pipe skiing, won a second title for his country and his team celebrated it with a haka.

In the medal table, the Kiwis rank 17th, just ahead of Australia.

Germany triumphs on the track

Led by Francesco Friedrich, the Germans have an impressive record in luge, skeleton and bosbleigh with sixteen medals out of a total of thirty, including nine titles out of ten possible.

In two-man bobsleigh, they even scored an unprecedented 100% German podium!

The reason for this dominance?

The sports equipment research and development institute based in Berlin and specialized in the design of bobsleighs, luges and other skeletons, inspired by Formula 1 teams.

The circle of five-time medalists

The Norwegian biathletes Johannes Boe and Marte Olsbu Roeiseland, their French colleague Quentin Fillon Maillet and the Russian cross-country skier Alexandre Bolshunov leave Beijing with the biggest harvest of medals of these Games.

Each on the podium five times, they equaled the Winter Games record.

Fillon Maillet could become the only one with six medals, but the Frenchman failed by nothing, finishing fourth in the mass-start, his last event.

Chinese Peng Shuai, whose personal situation has worried the world since November, reappears during the Games.

On February 7, we learn that the tennis player met IOC President Thomas Bach on the sidelines of the competition and she repeated in an interview with the newspaper L'Equipe that she had, according to her, "never disappeared".

Peng Shuai accused a former Chinese leader of forcing her to have sex in early November.

On February 8, she attended the victory of her compatriot Eileen Gu in the big air, in the company of Thomas Bach.

By winning bronze against the Americans in the small final of the men's tournament, Canada saved its curling Games.

The Maple Leaf curlers thus avoided the zero points, but achieved their worst overall result since the return of curling to the Olympic program in 1998.