The official in charge of the prisoner file in Hamas told Al Jazeera Net: There are no new contacts regarding the exchange deal, and Israel is lying and procrastinating

A member of the Political Bureau of the Islamic Resistance Movement (Hamas) Zaher Jabarin accused the Israeli occupation authorities of spreading false news about progress in the prisoner exchange negotiations. 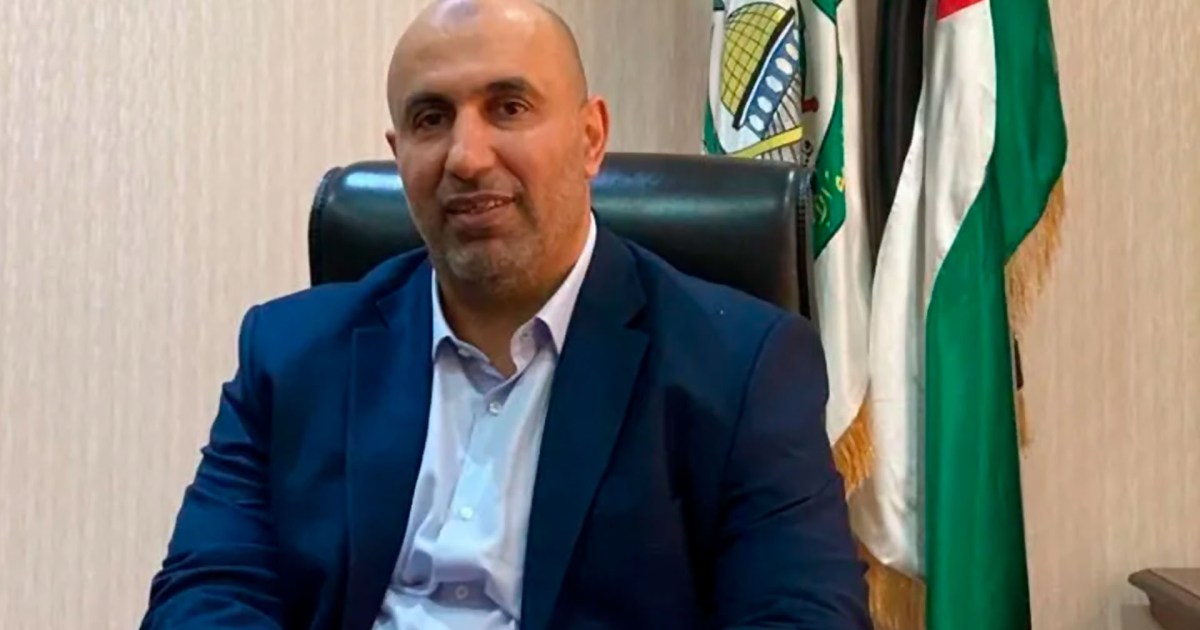 Member of the Political Bureau of the Islamic Resistance Movement (Hamas), Zaher Jabarin, accused the Israeli occupation authorities of spreading false news about progress in the prisoner exchange negotiations.

Jabarin said - in exclusive statements to Al Jazeera Net - that the occupation government lies and misleads the families of the Israeli prisoners held by Hamas, to prevent any popular movement pressing against it in the Israeli arena.

Jabarin's statements come after surprising statements by Israeli Labor Party Knesset member Emily Haya Mwati on Saturday, in which she said that there has been progress in indirect negotiations with Hamas regarding the return of the bodies of Israeli soldiers and its civilian detainees.

Mwati - a member of the Knesset's "Foreign Affairs and Security Committee" - refused to provide more details about this, and said, "It is a sensitive and confidential issue, but there are movements that I will not disclose," adding that the Israeli prisoners "will return to their homes soon."

Jabarin cited statements by Moshe Tal - who justified his resignation from the "prisoner and missing affairs file" about 3 months ago - that "Israel does not have a great desire to conclude an exchange deal with Hamas, and that it has missed real opportunities to return the prisoners and the four missing persons."

Jabarin - who is the official of the Prisoners and Martyrs' Office in Hamas - categorically confirmed that there are no mediators at the present time with the aim of entering into indirect negotiations to conclude an exchange deal.

The member of the Hamas political bureau stressed that the resistance has clear demands, and it will not give up on them in order to achieve an honorable exchange deal, and Israel is delusional that it is betting on the factor of time, procrastination and spreading false news.

The "Israel Broadcasting Corporation" (Makan) quoted on its website Aviram Shaul, brother of Corporal Aaron Shaul (one of the prisoners in Hamas), that he hopes that a favorable statement will not be a slander in the eyes of the government, adding that "the families of the missing have not been informed of the incident." any progress".

There are 4 Israelis in the hands of Hamas in Gaza, including two soldiers who were captured during the third Israeli war in 2014, while two others entered Gaza under mysterious circumstances.

While Israel says that the two soldiers were killed during the war and the other two are civilians who entered Gaza by mistake, Hamas refuses to give any details about them, and adheres to a prisoner exchange deal - similar to the Wafaa al-Ahrar deal known as the "Shalit deal" - that includes the release of hundreds of Palestinian prisoners who are serving high sentences .

About 5,000 Palestinian prisoners are held in the occupation’s prisons, including patients and those with high life sentences, 34 women and 300 children, according to Palestinian human rights organizations.

News/Politics 2022-02-20T05:35:49.813Z
The official in charge of the prisoner file in Hamas told Al Jazeera Net: There are no new contacts regarding the exchange deal, and Israel is lying and procrastinating
News/Politics 2022-06-29T17:18:41.049Z
Psychological war or investment timing? The video of the Israeli prisoner coincides with the political crisis in Israel
Life/Entertain 2022-06-28T18:36:19.033Z
After the Al-Qassam Brigades showed the Israeli captive...a split on the communication platforms and talk about a close exchange deal
ADS
Life/Entertain 2022-06-28T14:24:48.253Z
In the grip of the resistance.. "What is hidden is greater" reveals an audio recording of one of the Israeli soldiers captured by the Qassam
News/Politics 2022-05-27T19:29:23.337Z
With the exception of members of Hamas and Islamic Jihad, Israel allows visits to Gaza prisoners after two years of deprivation
News/Politics 2022-03-12T19:32:20.014Z
A Palestinian-Jordanian prisoner sentenced to 67 life imprisonment and 5,200 years... What do you know about the "Prince of Shadows"?
News/Politics 2022-04-19T07:53:28.190Z
A new war is an option on the table..Hamas reveals to Al-Jazeera Net its messages to the occupation through intermediaries
News/Politics 2022-04-17T14:40:41.797Z
How did the occupation reproduce its tools to abuse Palestinian prisoners?
News/Politics 2022-05-22T12:51:18.772Z
Torture, killing and organ theft..Israel arrests the Palestinian alive and dead