Al-Miraj denied and insulted the women of Upper Egypt.. Ibrahim Issa in the prosecution amid official and popular anger

Ibrahim Issa's statements during the past few days sparked popular anger that appeared on the communication sites, and was accompanied by official anger represented in responses from Al-Azhar and Dar Al-Ifta and parliamentary demands to hold him accountable, as well as an investigation by the Supreme Media Council. 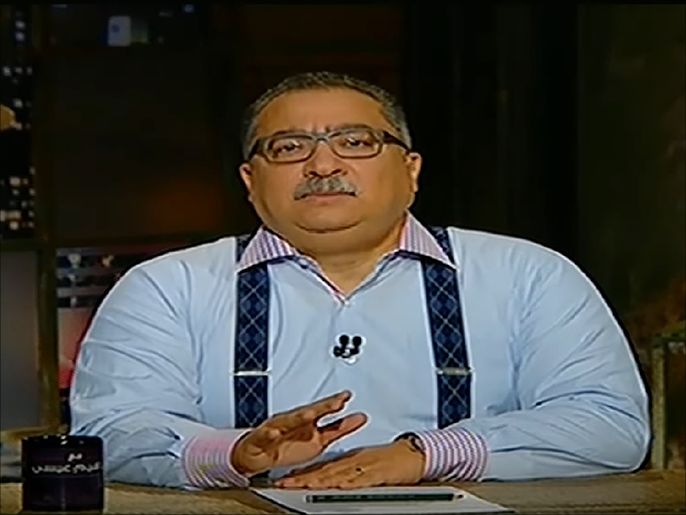 The Egyptian Public Prosecution has ordered the start of an investigation into communications against the journalist Ibrahim Issa, after he talked about denying the prophetic journey of the Ascension, days after he sparked a great controversy by claiming that women in Upper Egypt (in the south of the country) were wearing short clothes and “swimsuits” (bathing suits). ) in the sixties and seventies of the last century.

Issa's statements during the past days sparked widespread popular anger that appeared on social media, accompanied by official anger represented in responses from Al-Azhar and Dar Al-Ifta and parliamentary demands to hold him accountable, as well as an investigation by the Supreme Council for Media Regulation.

And the Egyptian Public Prosecution stated - in a statement at dawn today, Sunday - that Attorney General Hamada Al-Sawy ordered that investigation procedures be taken into the communications that were submitted to the Public Prosecution against the journalist Ibrahim Issa, and that it will announce later what the investigations will result in.

The prosecution did not refer to the content of those communications, but local media indicated that a number of complaints accused Issa - who is known to have stirred controversy - of adopting intellectual and religious views that disdain the Islamic religion and deny its principles, as well as accusing him of spreading false news.

During last Friday's episode of his program, which he presents on the private "Cairo and People" channel, Issa claimed that the story of the Mi'raj journey is "completely fictitious, according to what biography, history and hadith books say," but he did not mention those sources.

The uproar caused by the controversial broadcaster prompted the Al-Azhar International Center for Fatwa to issue a statement in which it said, “The miserable attempts to stab the companions of our master, the Messenger of God, may God’s prayers and peace be upon him, and question their justice in terms that are not worthy of the position of the best generation of this nation; And a path of abhorrent and deplorable transgression in a nation, no matter how much the failure of its members, but they do not accept prejudice to the honor of the Messenger of God, peace be upon him, nor his companions.

In the statement published on the center’s official account on Facebook, Al-Azhar affirmed that “the miracle of Al-Isra and Al-Miraj is one of the frequent miracles of our master, the Messenger of God, may God bless him and grant him peace. And on the proof of its evidence and the occurrence of its events, the consensus of Muslims of all ages has been established, leaving no room for staunch skepticism, or a trembling distortion.

The statement stressed that “everything that is mentioned in the Noble Qur’an and the established Sunnah of our Prophet, may God bless him and grant him peace, is one of the postulates that are not accepted at all, nor is it acceptable to detail its provisions and explain its jurisprudence from non-specialists, especially if they are from the promoters of extremist ideas and trends, which provoke crises and provoke Sedition and lack of the simplest standards of science, professionalism and credibility, and invest events and occasions in undermining religious sanctities, and regularly and systematically challenge the Islamic constants.

And the Egyptian Dar Al-Iftaa issued a statement on Saturday evening, saying that it came in response to the skeptics about the journey of Al-Isra and Al-Miraj, confirming with Quranic verses that it definitely happened, and that it is not permissible to deny it.

She explained that the appointment of the Isra and Mi’raj journey on the 27th of Rajab (the Hijri month) was narrated by many imams and was chosen by a group of investigators, and the work of Muslims, ancient and modern, and the frequency of the nation’s celebration of its memory on this day is a testimony to the preponderance of this saying and evidence of its strength.

And the Egyptian Dar Al-Iftaa called for the necessity of avoiding raising suspicions and reviving them when this occasion comes, "it is a seasonal debate despite the stability of the scientific and legal research method in it.

In his communication to the Public Prosecutor against Ibrahim Issa, lawyer Fahmy Bahgat said that Issa raised the controversy in the Egyptian street again after the resurrection of the incident of contempt for religion (denial of the Ascension), as well as the incident of the pharmacist months ago when he denounced entering a pharmacy and finding the young pharmacist reading the Qur’an and not references to medicines.

According to what was published by the Egyptian newspapers, Bahgat confirmed in his communication that Jesus used to attack and insult the imams of Muslims and the Companions, led by Abu Bakr Al-Siddiq, Omar Ibn Al-Khattab and Abdullah Ibn Abbas, as well as Muslim scholars such as Al-Bukhari in the past and Muhammad Metwally Al-Shaarawy recently and others.

The communication also included what the lawyer described as Ibrahim Issa’s insult to Upper Egypt women, when he spoke in a previous episode about the wearing of “swimsuits” by Upper Egypt women in the sixties and seventies of the last century, which is considered a dissemination of false news that contradicts their customs, traditions and customs, and offends their image in society, as he described it. .

The journalist and parliamentarian close to the Egyptian authorities, Mustafa Bakri, demanded from the Media Regulatory Authority that Issa and the channel that broadcasts the program be held accountable, based on the provisions of the constitution and the texts of the Supreme Council for the Regulation of the Press and Media Law No. 180 of 2018.

In an urgent statement before the House of Representatives, Bakri accused "Ibrahim Issa and those like him of being mere tools for the new Middle East scheme that aims to strike the faith and the values ​​of the Arab and Islamic community and family."

The Supreme Council for Media Regulation issued a statement confirming that the council’s monitoring committees are preparing a report on what was raised in the Ibrahim Issa program, in preparation for presentation to the council immediately, to take legal action in the event of a violation of the media codes issued by the council.

The council requested to stay away from issues that provoke sedition in society, as the "Religious Content Code" stipulates respect for the heavenly religions and their teachings, and to highlight religious values ​​above all other values.

Ibrahim Issa’s talk was widely criticized on communication platforms, both with regard to denying the Ascension or talking about the women of Upper Egypt.

This prompted some to launch a campaign to boycott the channel on which Ibrahim Issa (Cairo and Al-Nas) appears, and the hashtag (#Delete_Cairo_Wales_Channel) was issued the list of the highest-traded on Twitter.

The tweeters circulated video clips of women and men from Upper Egypt attacking Issa and describing his speech as a lie, emphasizing the conservative nature of Upper Egypt.

Others chose to attack Issa politically, noting that it is more important for him to be interested in talking about public affairs and political and economic crises, stressing the inability of Issa and his peers to criticize the Egyptian authorities.

From a different angle, activists expressed their rejection of Issa's talk, but they also refused to punish him with imprisonment for expressing his opinion, as activists are imprisoned for their political and intellectual views.

He digs into the books of the ancients, perhaps he will find in them what distracts us from the futility of the present and the darkness of the future,

meaning that the Isra and Mi’raj lie, and the chief is unable to lie when he said that our Lord speaks

to him who claims that he wants the Muslim mind to be liberated from the myths of the ancients, it must show this amount of courage in criticizing the miserable present and the myths of the contemporaries

A style that is not appropriate for this is what you say to one of your friends over coffee. As for the Messenger of God, we adhere to literature.. What is the purpose of defaming Islamic principles and undermining religious sanctities?

The strongest response from the free girl of Upper Egypt to the descending journalist Ibrahim Issa 👎🐕 🦺 Who are you, despicable, to

make a mistake or insult the daughters of your masters, you and your family...the women of Upper Egypt 👇💪💪 pic.twitter.com/2M1M2mYwb3

The countries of the women of Upper Egypt are long, O # Ibrahim_Issa, O Abu campaigns pic.twitter.com/Y3PcqcNPjH

A citizen of Upper Egypt sends a harsh message to the media #Ibrahim_Issa, describing his talk about Upper Egyptian women wearing "swimsuits and catsuits" in the sixties as a "great insult" pic.twitter.com/8PniL1otyh

After talking about the costumes of the women of Upper Egypt.. Wide criticism of the journalist # Ibrahim_Issa amid calls to hold him accountable pic.twitter.com/Y4K2odcVxa