Foreign Ministry spokesman Zhao Lijian.   On February 17, Chinese Foreign Ministry spokesman Zhao Lijian posted two tweets about Afghanistan and Canadian Prime Minister Justin Trudeau on his personal social media account, which attracted attention.   One is a screenshot of the comparison of two reports on Afghanistan's economy and people's livelihood by the New York Times.   On the 17th, Chines 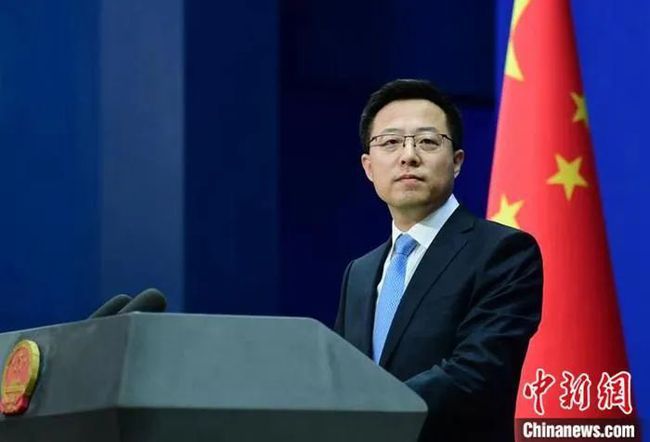 One is a screenshot of the comparison of two reports on Afghanistan's economy and people's livelihood by the New York Times.

On the 17th, Chinese Foreign Ministry spokesman Zhao Lijian posted on Twitter a screenshot of the comparison of two reports on Afghanistan's economy and people's livelihood by the New York Times.

"The United States has never cared about the Afghan people"

"The United States has never cared about the Afghan people."

The comparison pictures he posted are both reported by the mainstream American media "New York Times".

The New York Times report on the left mentions that Afghanistan is facing famine due to economic collapse.

A summary of the report also pointed out that

about 22.8 million people in Afghanistan - more than half of the country's population - are facing food shortages this winter

that could be life-threatening.

The US "New York Times" published an article saying that Afghanistan is facing economic collapse and famine.

The screenshot of the report on the right reads that US President Biden rejected the Taliban and began to "split" the frozen assets of $7 billion in Afghanistan.

Biden signed an executive order on the 11th of this month, intending to

use half of the Afghan Central Bank's frozen assets in the United States to compensate the victims of the "9.11" terrorist attack.

The actions of the Biden administration have been condemned by all walks of life in the international community.

Recently, the deputy spokesman of the Afghan interim government, Samantha, pointed out that Afghanistan is facing serious economic problems,

"the richest countries steal the money of the poorest countries", which exposed the moral character of the United States.

Thousands of Afghans also staged demonstrations in the capital on the 15th to protest against the US looting of Afghan assets.

Afghan people hold demonstrations to protest against US looting of Afghan assets.

A netizen pointed out,

"The United States doesn't care about its own people, let alone other countries."

Another netizen commented: "They only care about how to sell weapons by creating wars around the world, they have nothing to sell except arms."

Netizen replied: The United States only cares about how to sell arms around the world.

Another post by Zhao Lijian is about Canadian Prime Minister Justin Trudeau.

Zhao Lijian, who posted the comparison picture, issued a "question from the soul":

"Which sentence tells the truth?"

On the left side of the picture is Trudeau's speech condemning Canada's own "Freedom Convoy" protest for causing traffic jams.

"They have no power to hinder our economy, our democracy, our people's daily lives. This has to stop," Trudeau said.

On the right, Trudeau's remarks when rioters blocked the streets during illegal demonstrations in Hong Kong, China: "We will loudly and clearly support human rights (action) worldwide."

"Trudeau has become an example of a 'double standard' in the world."

Netizens commented that Trudeau has become an example of a global "double standard".

They used the Hong Kong riots as a propaganda tool against China, but since then, there have been more protests in Western countries.

Canadian truck drivers began to form a so-called "freedom convoy" at the end of January and entered the capital Ottawa to carry out anti-vaccine demonstrations, which have lasted for several days.

Data map: People participating in the demonstration of truck drivers stand beside the convoy near Parliament Hill in Ottawa, the capital of Canada.

Due to the situation, Ottawa, the capital of Canada, declared a state of emergency, and Trudeau and his family were "secretly transferred".

Trudeau's move has been heavily criticized.

Demonstrators shouted in the streets, demanding Trudeau "stop hiding" and step down as soon as possible.

Seeing that the situation is urgent, starting on the 15th, the

Trudeau government has introduced a "heavy code" - the "Emergency Law", which gives law enforcement authorities greater powers to arrest and seize demonstrators and their trucks

, and prohibits funding for demonstrations.

The Canadian police also attacked everywhere to drive away the demonstrators.

Intriguingly, Trudeau revealed that at least half of the online fundraising to support the demonstration motorcade came from the United States.

Canadian Minister of Public Safety Mendicino also pointed out that the demonstrators are organized and driven by extremist ideology.

The protests in Canada were instigated by some people in the United States?

What about the good allies?

The United States is so "ruthless" that even its own neighbors are not spared...

Where are the human rights that some politicians in the United States and Canada are constantly promoting,

whether they are treating their own people or those of other countries ?