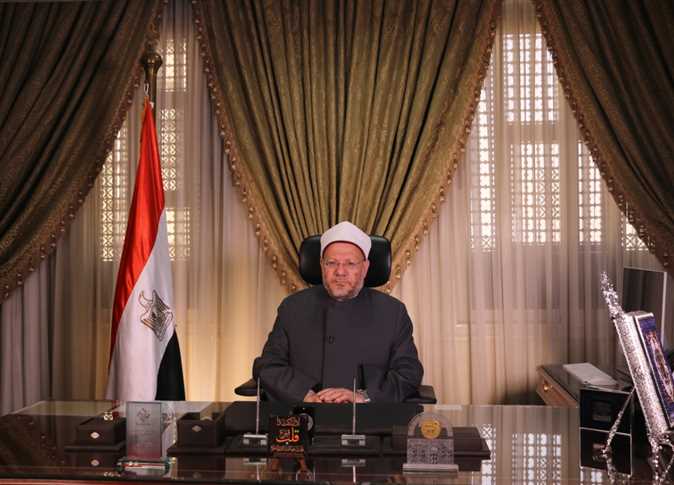 First: Did this miracle happen?

The second: When did it happen?

The house confirmed, in a Saturday statement, that it definitely happened.

Because the Qur’an told us that, and it is not permissible to deny it in any case.

He said: "Sobhan, who captured his slaves at night from the haraam mosque to the al-Aqsa mosque, which we have blessed around for his verses that he is the hearer.

That is: Our Master Muhammad, may God bless him and his family and grant them peace, and the verse indicates the proof of the Night Journey.

She continued: Proving the Ascension;

Fidel It is the meaning of the meaning of: The noble vision of our master Muhammad, may God bless him and his family and grant them peace, to Gabriel in the Ascension.

The house clarified: The majority of scholars have agreed that the Night Journey took place in the spirit and the body.

Because the Qur'an declared it;

Because of the Almighty’s saying: “By His servant,” and the servant is only used to refer to the soul and the body, and the majority of scholars from among the investigators are of the view that the Ascension occurred in the body and soul awake in one night.

She added: What some see is that the ascension was only in the spirit or a dreaming vision;

This opinion is not reliable.

If it was a sleepy vision, it would not have been worthy of their astonishment.

And she continued: As for the denial of some that the journey of Al-Isra and Al-Miraj occurred because of its conflict with human ability, the answer is: The Prophet, may God’s prayers and peace be upon him and his family, did not say that he made this journey himself without divine providence, but rather the entire journey with the help and grace of God and he is the one who was captured by his servant, so the Prophet, peace and blessings be upon him, did not say May God be upon him and his family, I have been secret, and this miraculous happening in the trip does not contradict the ability of God Almighty, not to mention that the strangeness of describing the trip is absent, especially in our contemporary standards. Rather, miracles happened like the invention of the fax many decades ago, which was able to transfer papers and photos to anywhere In the world, in addition to the emergence of the Internet and cyberspace several years ago, according to Al-Masry Al-Youm.

Regarding the second directions that dealt with the journey of Isra and Mi’raj, which is the difference in the date of the journey, Dar Al-Iftaa said: The appointment of the journey of Isra and Mi’raj to the twenty-seventh of Rajab was narrated by many imams and chosen by a group of investigators, which is what the work of Muslims in ancient and modern times has been done, as well as the following The nation’s celebration of its memory on the twenty-seventh of Rajab is considered a witness to the preponderance of this saying and a proof of its strength.

The Dar Al-Iftaa called for the necessity of avoiding raising these suspicions and reviving them when this occasion comes, as it is a seasonal debate despite the stability of the scientific and legal research method in it.

Such as trust in God’s victory, good surrender and trust in Him, and taking reasons, and the greatest lesson in it remains the anticipation of relief in every adversity, and confidence in hope and the future.

Tribulations are followed by grants by striving hard and diligently to harvest the fruits of hard work and patience.