Jae-myung Lee is from Honam, and Seok-yeol Yoon is from Yeongnam… Aiming to gather support

Keep up to date with the presidential candidates. Democratic Party candidate Lee Jae-myung has been circling Honam for the second day, appealing for support, and People's Power Candidate Yoon Seok-yeol is campaigning intensively in the Yeongnam region. 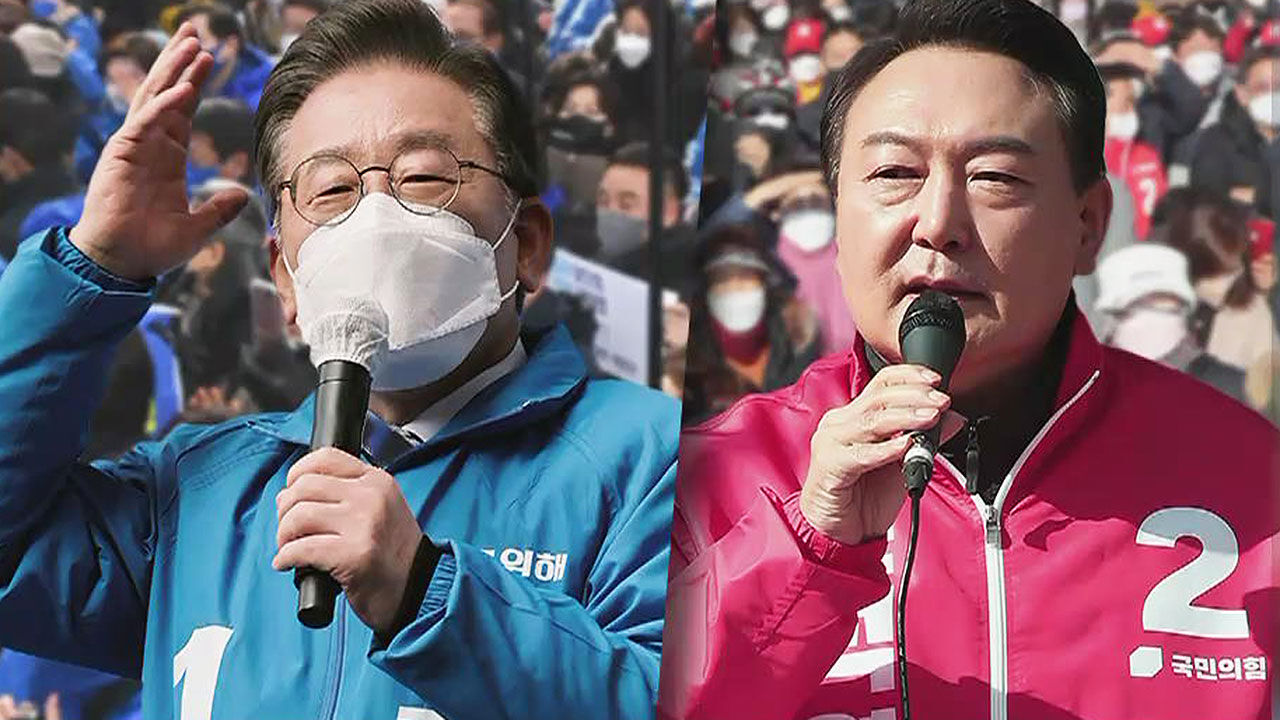 Continuing the news of the presidential candidates.

Democratic Party candidate Lee Jae-myung has been circling Honam for the second day, appealing for support, and People's Power Candidate Yoon Seok-yeol is campaigning intensively in the Yeongnam region.

Democratic Party candidate Lee Jae-myung, who is attacking Honam for the second day, started a campaign at Iksan Station Square.

He promised to usher in an era of economic revival by creating a Saemangeum-Jeonbuk Special Self-Governing Province, and to keep young people from leaving to Seoul to find work.

[Lee Jae-myung / Democratic Party Presidential Candidate: The most important thing that the country has to do is to make a living for the people, isn't it to solve the people's livelihood?

Isn't it the duty of the state to save the economy and the responsibility of politicians?] In

the afternoon, I will go to Gyeonggi-do and appeal for an opportunity to spread the pragmatic policies for people's livelihoods implemented as governors throughout the country.

He emphasized that the current government has undermined competitiveness through sloppy industrial policies, and that he asks for a chance to judge with overwhelming support.

[Yoon Seok-yeol/People's Power Presidential Candidate: People who keep secrets share interests and continue to maintain power, isn't that the reality of the Democratic Party?] The

Justice Party candidate Shim Sang-jung has been tapping the public's hearts by visiting traditional markets in Gyeonggi and Incheon.

Ahn Cheol-soo, the candidate of the People's Party, who had completely halted the election campaign due to a campaign bus accident, resumed the campaign by doing medical service at a screening clinic with his wife.