Double vaccinated Eje died in covid: "Dad thought he would make it"

Although the covid-19 vaccine reduces the risk of serious illness and death, the protection is not definitive. In December, SVT Nyheter Skåne met 74-year-old Eje Mårtensson at the hospital. Although he was double-vaccinated, he passed away a few weeks later due to covid. 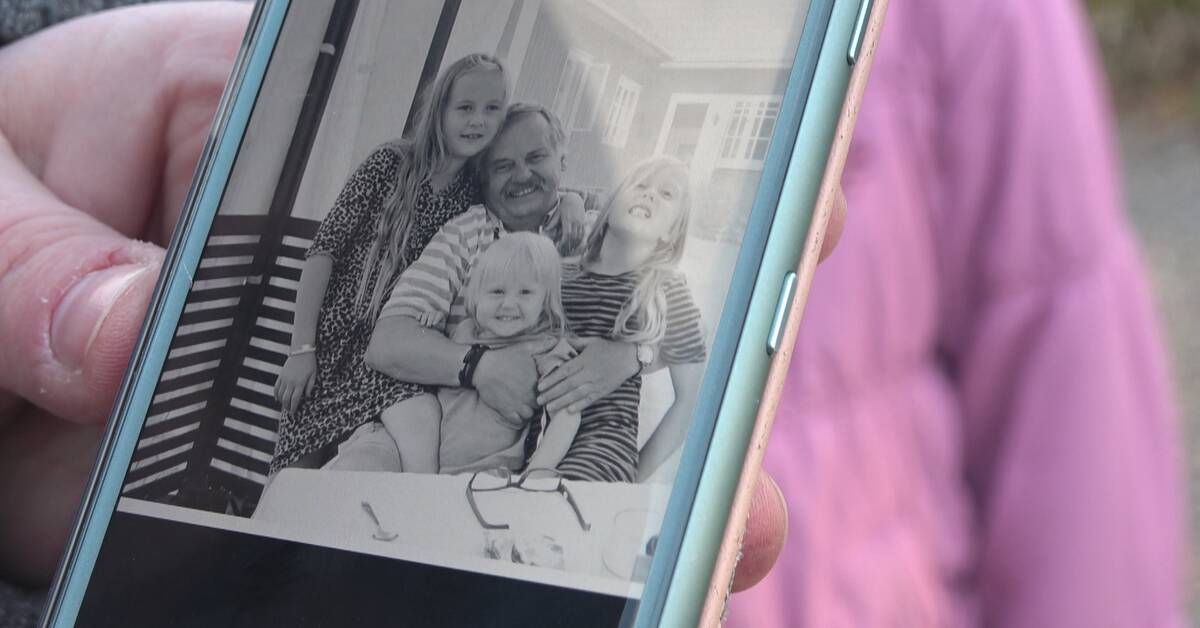 Listen to Eje Mårtensson's daughter and granddaughter in the clip above.

When we at SVT Nyheter Skåne met Eje Mårtensson, he was admitted to the university hospital in Malmö, after being infected during a Christmas concert.

By then he had been ill with covid-19 for three weeks and soon hoped to be on his feet again.

But shortly after Christmas, his condition worsened.

He finally died on January 12, with his wife and children by his side.

- I am so grateful that we got to be there the last minutes.

I know that not all relatives have had the same turn during the pandemic, says daughter Anna Mårtensson.

"He drew the lottery"

Now he is buried in Landskrona cemetery.

More than 130 guests showed up at the funeral ceremony, which was held outdoors.

- It felt important that everyone who wanted to could come.

Instead of being limited by the restrictions, we gave the pandemic the middle finger, says Anna Mårtensson.

According to her, Eje Mårtensson won the lottery.

He had been vaccinated twice, was a lively and energetic man with a strong mood who until the very end thought he would make it.

- Dying from a virus that you should be protected against feels like a big deal, she says.

Region Skåne does not yet have statistics on the proportion of fully vaccinated people who have died as a result of covid-19.

- But people who have taken zero or a syringe are still overrepresented among those who end up on iva with covid-19, says Thomas Nilsson, page responsible for the situation picture covid-19 in Skåne.

The family pays tribute to the care staff

Despite the grief, the Mårtensson family is very grateful for the care Eje received during the weeks he spent in the hospital.

- I received daily updates from the intensive care unit when he was there, and everyone has been so careful, says Eje Mårtensson's wife.

And the daughter Anna Mårtensson hopes that her father's life story reminds people that anything can happen, even though they do their best to protect themselves.

- So make sure to live, before it's too late.