Withdrawal from Mali: Chad, a key but more fragile actor in security in the Sahel

An active force in the Sahelian zone via its contingent of soldiers within Minusma, Chad remains one of the main players in the anti-jihadist fight in the region. This ally of France c… 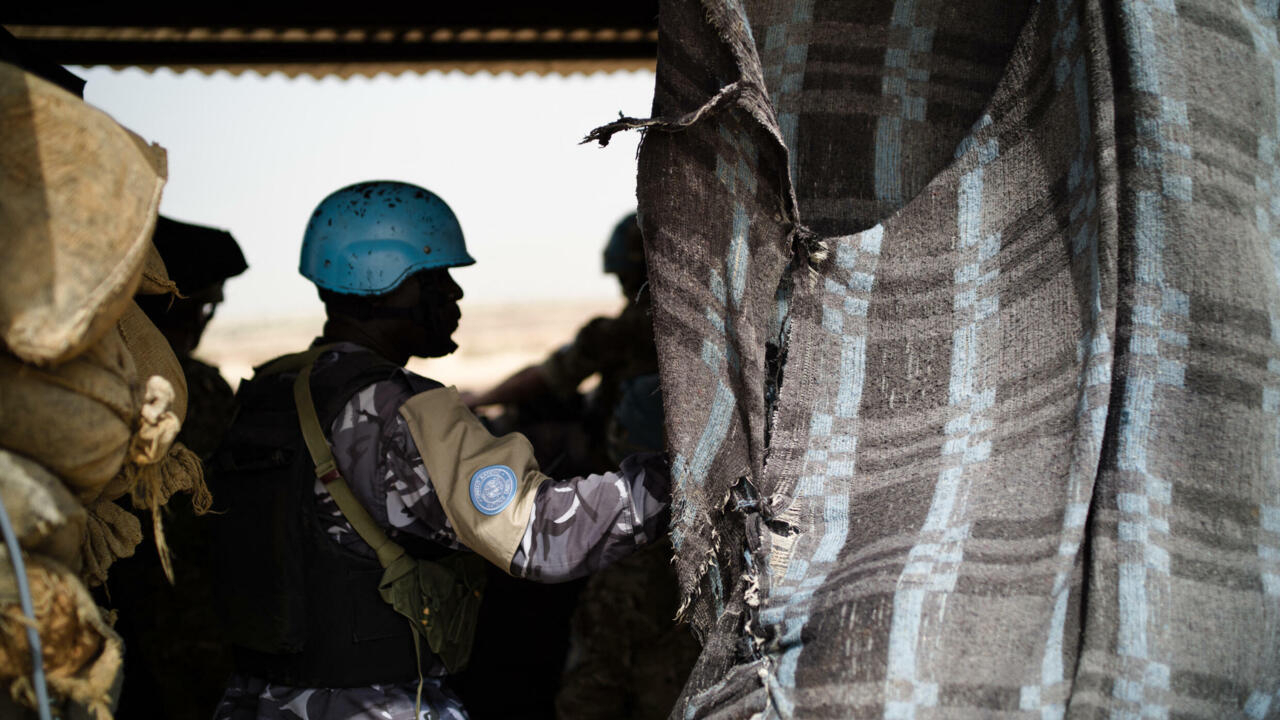 After the announcement of the withdrawal of French soldiers from Mali, France is betting on Niger as the main point of support for the rearticulation of the anti-jihadist fight, but also on Chad, where a French military presence will be maintained.

Its capital, N'Djamena, which still hosts Barkhane's headquarters today, which was destined to disappear at the same time as the operation of the same name, is a major player in military operations in the Sahel.

Chad is very involved there within the G5 Sahel and Minusma forces.

Some 1,400 Chadian soldiers are on the ground of operations in Mali, as part of the Minusma mission, the question of the extension of which will be raised on June 30, 2022, the date of the expiry of the mission's annual mandate. UN.

Pugnacious fighters against the jihadists

In the field of fighting against armed jihadist groups in the Sahel, particularly in Mali, the Chadian army is "one of the most efficient", believes Wassim Nasr, a journalist for France 24 specializing in jihadist movements.

"They crisscross the field, they have good contacts with certain fringes of the local population, thanks to which they manage to have good information. In Aguelhok [near the Algerian border in April 2021], not only did they defend their base , but they pursued the jihadists and killed a Tunisian commander of the GSIM [Support Group for Islam and Muslims, linked to Al-Qaeda]."

#Mali (1/2)#JNIM suffered a major setback on 2.04 during its attack on #Aguelhok according to my information the jihadists suffered heavy losses +30 deaths & several abandoned vehicles/weapons including a mortar (photos below ) At least one Tuareg commander killed > pic.twitter.com/XQcnBkxFqU

However, recalls Wassim Nasr, Chadian soldiers have been accused of serious abuses in the region.

The rape of several residents of Tera, in southwestern Niger, including an 11-year-old girl and a pregnant woman, have been condemned by the Chadian Ministry of Foreign Affairs and the G5 Sahel Joint Force.

A contingent of 1,200 Chadian soldiers had been deployed during this period in this so-called "three borders" area, near Mali and Burkina Faso, as part of the G5 Sahel.

Embarrassing accusations for Chad's allies, especially since this is not the first time that Chadian soldiers have been accused of committing violence against civilians.

The problem has been raised at several G5 summits and the organization has set up a "human rights compliance framework project" to try to remedy it.

"The strongest point of the war against terrorism"

At the end of the French withdrawal from Mali, France will have "from 2,500 to 3,000 men" in the Sahel, divided between Chad, Niger, Burkina Faso, while relying on its forces prepositioned in Senegal, in Côte d 'Ivoire and Gabon, said Thursday the spokesman for the staff, Colonel Pascal Ianni.

"Elements withdrawn from Mali will stop over or remain stationed in N'Djamena and Dakar," said Jean-Vincent Brisset, former air brigadier general and expert in defense issues at Iris (Institute of International and Strategic Relations ) interviewed by France 24. "But Chad cannot serve as a rear base, because strategically N'Djamena is too far from Niamey for example, much more practical in the event of the need for rapid redeployment".

Chad, however, believes this specialist, is "the most solid point of the war against terrorism, and has been for a long time".

Its cooperation with France in this area is very old, compared to Niger in particular, which mainly intervenes because it is directly impacted by the jihadist threat.

The coming to power of General Mahamat Idriss Déby Itno, proclaimed president of Chad nine months ago by the army on the death of his father Idriss Déby Itno in April 2021, could have cast doubt.

But the son seems to continue his father's military commitment in the Sahel.

The Chadian soldiers have not turned back, on the contrary, the Chadian military junta had even decided in December 2021 to send men back to Mali in order to reinforce the contingent stationed in the Aguelhok region, in anticipation of the announced departure of the French soldiers, to which the Malian government had agreed.

Is this deployment contested in the current context?

This does not seem to be the case.

"A reinforcement of 1,000 soldiers is preparing to be deployed to lend a hand to the forces stationed in Mali," said Thursday Mamadou Djimtebaye, France 24 correspondent in N'Djamena, in contact with sources within the army. Chadian.

A fragile political situation in Chad

A major military player in the region, Chad nevertheless has internal problems to solve after the succession of Idriss Déby with "a rise in power of the opposition and a lack of coordination within the Déby clan", underlines Jean- Vincent Brisset.

Mahamat Idriss Déby Itno, who took power in April at the head of a Transitional Military Council (CMT) of 15 generals, before being proclaimed president and dissolving Parliament and government, had quickly received international support, in particular France, the European Union and the African Union.

These actors, however, demanded that the "transition" period to hand it over to civilians does not exceed 18 months, i.e. elections no later than October 2022.

However, the services of General Mahamat Idriss Déby announced at the end of January the postponement by three months, to May 10, of an "inclusive national dialogue" supposed to prepare presidential and legislative elections in the fall of 2022. This "slight shift in the calendar initial (...) does not fundamentally call into question the objective of meeting the electoral deadlines towards the end of the current year", promised Chérif Mahamat Zène, the Minister of Foreign Affairs of the transitional government.

What part of the Chadian opposition doubts.

Another unknown for the coming months: the question of access to Malian airspace by the French army, with reconnaissance flights and drones, is crucial for the Chadian forces.

The soldiers of Minusma, including the Chadians, need to be able to rely on French intelligence allowing the designation of threats and targets.

"The departure of the French army will expose the Chadian soldiers", worries for his part Adelph Mbaindangroa Djekornondé, an independent Chadian journalist who lives between France and N'Djamena, contacted by France 24. Chadian army is regressing in quality," said this analyst.

“The quantity and the determination are there. But something has changed with the coming to power of Mahamat Idriss Déby. they are less rigorous. Communication and language problems can also arise with other UN forces", laments Adelph Mbaindangroa Djekornondé.

This makes this observer fear that there are more Chadian deaths in the Sahel, while the country has already paid a heavy price in this war against terrorism.

On the ground, Chad suffered many losses with 60 blue helmets killed out of 159 in Mali, mainly in jihadist attacks.