While Ghannouchi asserted that Parliament will return.. the Tunisian President: I will not start the path of a dictator at this age

Tunisian President Kais Saied denied that he had any endeavors to become a dictator, stressing that he is a "man of dialogue and negotiations," while the frozen Tunisian Parliament Speaker Rashid Ghannouchi made it clear that Parliament will inevitably return. 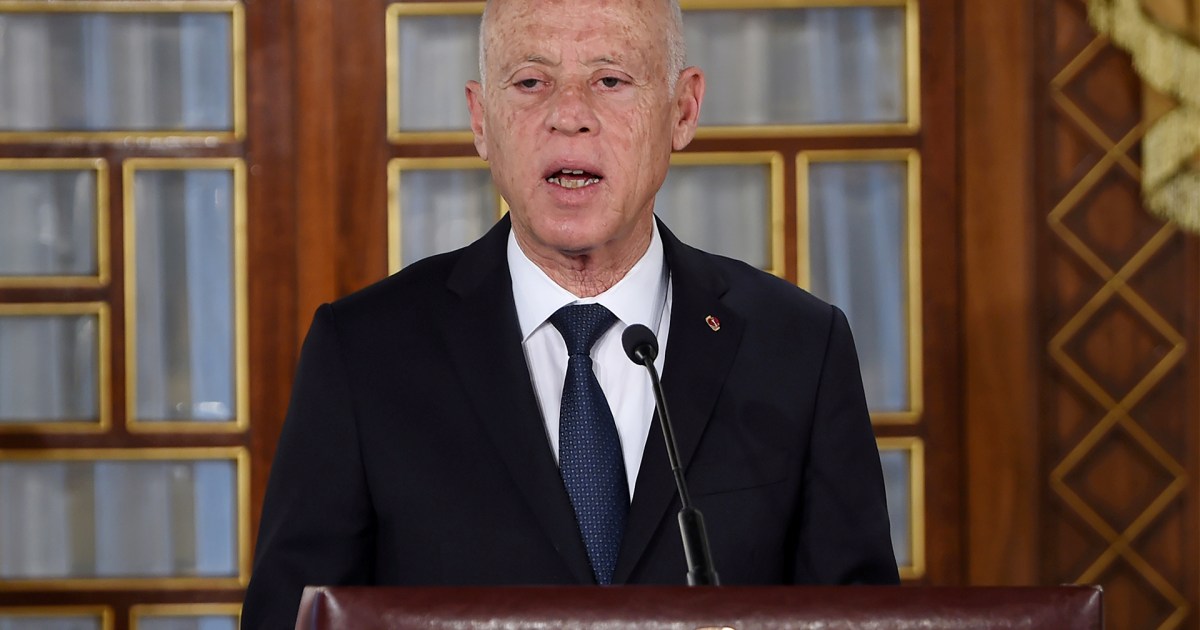 Tunisian President Kais Saied denied that he had any endeavors to become a dictator, stressing that he is a "man of dialogue and negotiations," while the frozen Tunisian Parliament Speaker Rashid Ghannouchi made it clear that Parliament will inevitably return.

In statements made by the Tunisian President to reporters in front of the headquarters of the African-European summit meeting in the Belgian capital, Brussels, according to the Tunisian “Radio Mosaique”, he said in response to his accusation that he is a dictator, “As General (Charles) de Gaulle (former President of France) said, he is never at this age. Dictator's career.

He added, "There will be exits, talks and negotiations, and I am a professor of constitutional law and I can only be within the context of the state of law and institutions."

Regarding what he will present at the summit he is participating in, Saeed said, "I am attending this summit to talk about the reasons that led us to these situations, and to talk about new ways by which we can overcome these matters."

Ghannouchi declared at an opposition meeting that the people will get rid of dictatorship, calling on the opposition to unite to face "this setback."

He added, "Parliament will inevitably return with its members...I love those who love and hate those who hate."

Ghannouchi, the leader of the Ennahda party, did not announce any details about his plans for what he said was an inevitable return to parliament, but it may be through an invitation to attend a plenary session via video.

Last week, Ghannouchi said that he would meet a European parliamentary delegation that will visit Tunisia on February 20, as part of meetings with civil society, politicians, and deputies from the suspended parliament.

Tunisia has been witnessing a severe political crisis since last July 25, when Said began imposing exceptional measures, including freezing the powers of Parliament, issuing legislation by presidential decrees, dismissing the government, and appointing new ones.

Saeed added that "more than 70 years and the situation is getting worse, we have gained our independence, but there must be cooperation on an equal basis with everyone among all parties."

The majority of political and civil forces in Tunisia reject the president's actions, and consider them a "coup against the constitution", while other forces support them, seeing them as a "correction of the course of the 2011 revolution" that overthrew the rule of late President Zine El Abidine Ben Ali.