Summary: The Science and Technology Winter Olympics demonstrate the innovative power of the "city of double Olympics"

China News Service, Beijing, February 18 (Xu Jing) Beijing is accelerating the construction of an international science and technology innovation center and building new advantages for innovation-driven development. During the preparations for this Winter Olympics, Beijing has tested more than 200 technologies, involving more than 60 sub-application scenarios, of which 4 technologies were launch 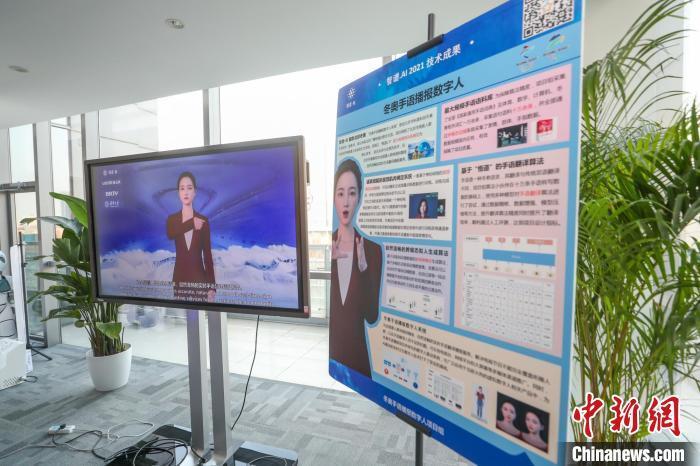 From epidemic prevention and control to torch relay, from competition area connection to outside competition... The ubiquitous scientific and technological power makes the Beijing Winter Olympics safer, greener and more exciting, and also makes life in Beijing, the "city of double Olympics". Better.

Delegations from 91 countries and regions participated in the Beijing Winter Olympics.

In order to help the precise prevention and control of the epidemic, Beijing has deployed more than 150 bio-aerosol COVID-19 virus monitoring systems in various Winter Olympic venues, which can detect the air environment at various points in the venues in time, and the detection sensitivity is three times higher than that of traditional methods.

Aerosol (aerosol) refers to a colloidal dispersion system composed of tiny particles with a diameter of less than 100 microns suspended in the air for a long time. .

Therefore, aerosol is one of the important ways for the spread of the new coronavirus.

The bio-aerosol new coronavirus nucleic acid monitoring system consists of two parts: a portable aerosol collector and an integrated high-sensitivity new coronavirus nucleic acid detector: in the collection process, the air flow of the aerosol collector reaches 400 liters/min, which can be used within half an hour. Collecting aerosol particles within 12 cubic meters and enriching them into the virus inactivation solution, the virus enrichment efficiency is the highest among similar products in China; in the detection link, the integrated high-sensitivity new coronavirus nucleic acid detector can realize automatic and fully enclosed new crown virus. Detection, the whole process analysis time is less than 45 minutes.

From April to July 2021, the system was verified by clinical tests on more than 100 samples in Beijing Ditan Hospital.

The results showed that the positive detection rate was three times that of the existing real-time quantitative PCR system.

In addition, the Beijing Winter Olympics has also equipped event service support staff with more than 30,000 multi-sign sensing devices, which can detect and report physical abnormalities of relevant personnel in a timely manner, making the stadium "safer".

The passion of the Beijing Winter Olympics is permeating the arena, and it has also spread to thousands of households through new technologies.

In the broadcast of various competitions, the application of digital and simulation technologies such as 8K and artificial intelligence has continuously improved the new experience of watching the Winter Olympics.

8K is a brand-new video resolution with 4 times the definition and 16 times that of 1080p. It is the mainstream direction of future display technology.

In order to enable people who cannot watch the game live to have an "immersive" viewing experience, Beijing has built the world's largest urbanized 8K stereoscopic playback system, and has deployed 20 large display screens and more than 200 8K units in various districts and more than 150 communities in the city. TV set.

During the Winter Olympics, Beijing broadcasted more than 200 hours of 8K programs with clearer pictures and more beautiful colors, allowing the audience to experience the hard power of technology while being "closer" to the Winter Olympics.

There are more than 27 million people with disabilities in China.

In order to enable the hearing-impaired people to have an in-depth understanding of the competition information, starting from February 5, the digital sign language broadcasting system will be "on duty" in Beijing Satellite TV's "Morning Beijing".

The hand-held torch "Flying" for the Beijing Winter Olympics uses hydrogen as fuel for the first time. It is the world's first high-pressure hydrogen storage torch, achieving zero carbon emissions from the torch in the history of the Winter Olympics.

At the same time, the characteristics of hydrogen fuel also ensure that the torch can be used in extremely cold weather, and can withstand wind level 10, and can burn stably even in strong winds of 100 kilometers per hour.

The hydrogen fuel cell vehicle emits only water during driving and is called the "ultimate eco-friendly vehicle".

In the three major competition areas of Beijing, Yanqing and Zhangjiakou, 816 hydrogen fuel cell vehicles are used as the main transportation capacity to carry out demonstration operation services.

It is understood that among the hydrogen fuel cell vehicles currently in operation, the bus jointly developed by Toyota and Foton can reduce carbon dioxide emissions by about 57.86 kilograms per 100 kilometers and have a cruising range of more than 400 kilometers.

Beijing will speed up the implementation of smart venue technology in urban scenarios.

Relying on smart technologies such as BIM and digital twin technology, build a smart management system for large-scale public construction and other aspects to make its operation and management more accurate and efficient.

At present, Beijing has begun to promote the use of these new technologies in some large-scale public buildings and hub-type buildings in the sub-center of the city.

Beijing will speed up the popularization of green and low-carbon technologies.

New ice and snow equipment, new thermal insulation materials such as graphene, and intelligent interactive experience technologies such as immersion and multi-dimensional free perspective will promote the integrated development of technology, culture, tourism and sports in Beijing.

Beijing will accelerate the cultivation of leading enterprises.