Shock to the false airs of the Champions League, Barcelona-Naples is the poster for the first leg of the Europa League on Thursday, where Dortmund and the two Seville clubs are also in the running. 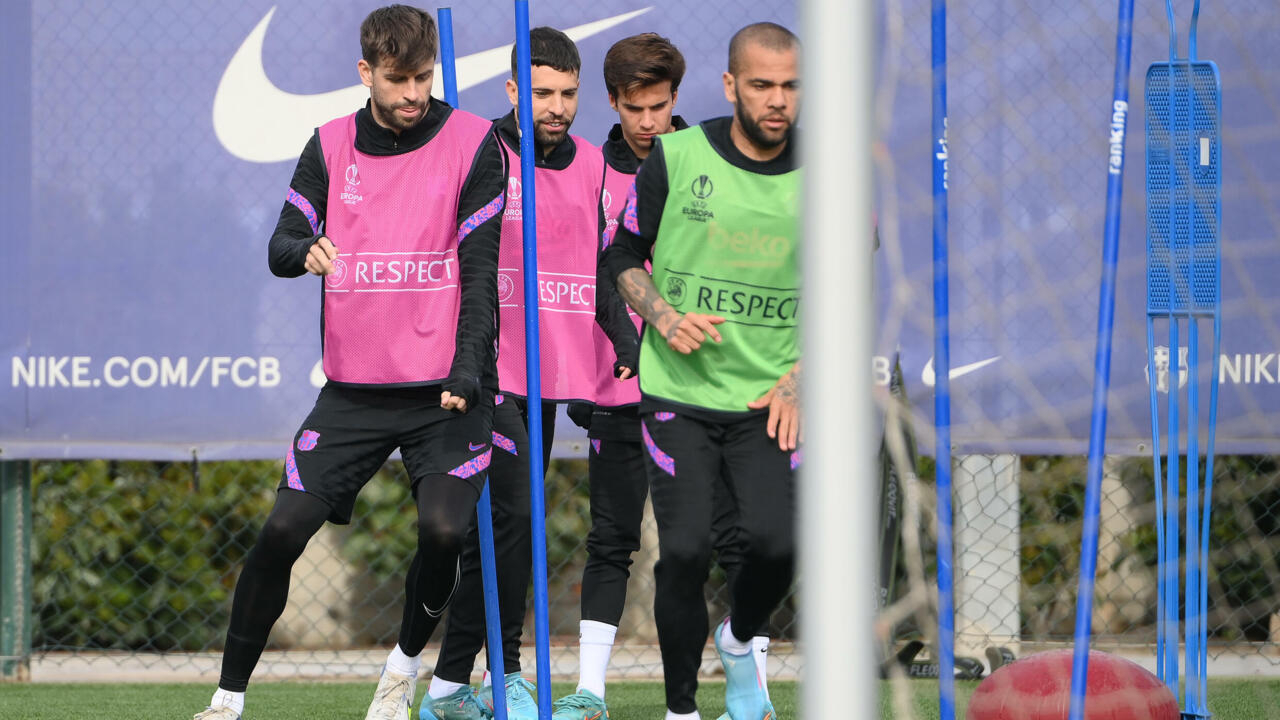 The winners of these C3 play-offs will qualify for the round of 16 where they will find the eight group winners from the first phase, including Monaco, Lyon, Leverkusen and West Ham.

Missed out on its subject in C1, Barça hopes to recover its health in C3.

But with Napoli, Xavi's team inherited a very serious candidate.

The duel promises to be enticing between the 4th in Liga and the 3rd in Serie A.

"The Europa League is not the D3! (...) Against Naples, it will be a confrontation at the level of the Champions League", warned Xavi on Wednesday.

Facing Barcelona and their winter recruits Pierre-Emerick Aubameyang, Ferran Torres and Adama Traoré, Napoli will count on Lorenzo Insigne, author this weekend of his 116th goal with the club.

Better than the legend Diego Maradona.

Striker Victor Osimhen, on the other hand, is doubtful due to a problem with his right knee.

Borussia, runner-up to Bayern Munich in the Bundesliga, will once again be without striker Erling Haaland, "not yet operational", according to coach Marco Rose.

The two Sevilla clubs, who currently play the leading roles in La Liga behind Real Madrid, will try to extend their good season on the European scene as well.

Another poster of these dams, Porto receives Lazio Rome.

The opportunity for the coach of the Portuguese team of Sergio Conceiçao to find the club where he played as a player in the late 90s.

Returned this year to the Europa League after its fine run in the previous two years in the Champions League, Atalanta is opposed to Olympiakos.

Make way for the play-offs also in the Europa League Conference, where the teams involved will try to join the group winners, such as AS Roma, Rennes or Feyenoord, in the round of 16.

Marseille, second behind Paris SG in Ligue 1, hosts Azerbaijani club Qarabag while PSV Eindhoven, runners-up to Ajax Amsterdam in the Netherlands, face the Israelis of Maccabi Tel-Aviv at home.

Program of the play-offs first leg of the Europa League Conference (return February 24):

Note: the winners of the round-trip play-offs of C3 and C4 will join the eight group winners of the 1st phase for the round of 16, the draw of which will take place on February 25.