Yemeni military sources in the axis of Saada governorate reported that the forces of the "Happy Yemen Brigades", backed by the forces of the Saada axis, began to station themselves on several fronts in the governorate, as part of the military operation they launched recently in coordination with the Arab coalition to support legitimacy in Yemen, with the aim of encircling the stronghold of Abd al-Mal 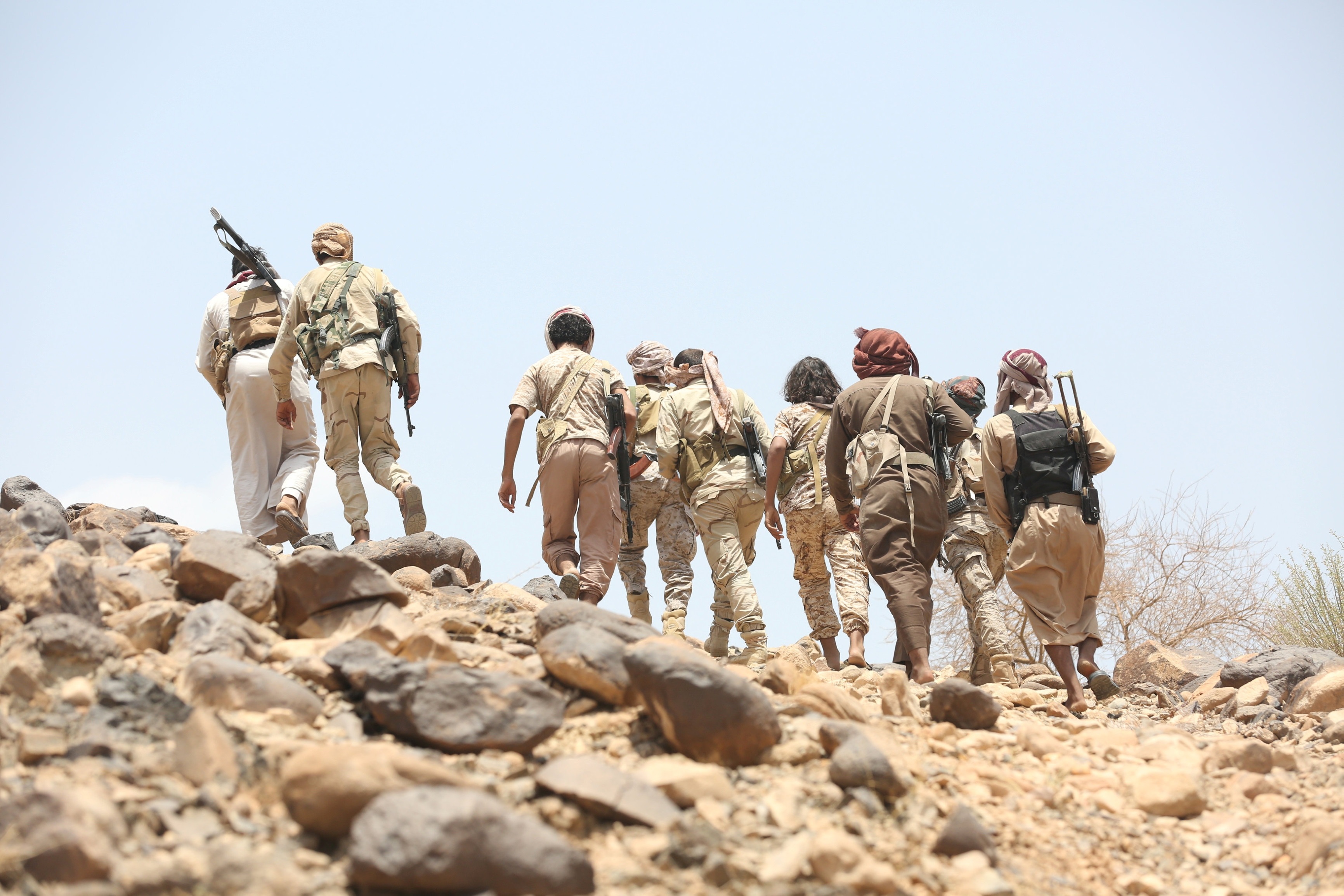 Yemeni military sources in the Saada governorate reported that the forces of the "Happy Yemen Brigades", backed by the forces of the Saada axis, began to station themselves on several fronts in the governorate, within the framework of the military operation they launched recently in coordination with the Arab coalition to support legitimacy in Yemen, with the aim of encircling the stronghold of Abdul-Malik al-Houthi. The leader of the terrorist Houthi militia in Maran, Haidan District.

She indicated that they were stationed in the Mahjoub, Rashaha, and Wadi al-Faraa fronts, in the Kitaf district, as well as in Bedouin, Wadi Ar, Wadi Al-Ashr and Al-Naq'a, in the isolation of Al-Razamat in the Al-Safra district, in Jabal Al-Shayr, and the vicinity of Jabal Shihat, Baqim district, all in the north of Saada.

It also deployed forces with the support of the First Brigade, Border Guards, along the road linking Saada and Al-Jawf from the side of Al-Baqa', reaching Al-Yatama and Al-Ajashir, north of Al-Jawf, all of which are fronts located east of Saada. Al-Zaher, "west of Saada, while the southern areas adjacent to Amran governorate remain under the control of the militias.

The "Happy Yemen Brigades" announced the start of a military operation in Saada, and confirmed that it had completed the encirclement of the province from several sides, while the fronts of Baqim, Safra and Qatabar recently witnessed attacks against Houthi sites, inflicting heavy losses on the militias, and made field advances of strategic importance.

In Marib, the Yemeni army forces and tribes, backed by the Arab coalition, continued to launch attacks on Houthi positions in the Ramli axis in the south of the governorate, achieving qualitative victories in the areas of Qarn al-Bour and al-Faliha, east of al-Juba.

In Hajjah, the Yemeni army forces carried out a surprise attack on militia positions in the Bani Hassan area in the Abs district, inflicting heavy losses on them, while the Haradh fronts witnessed a cautious calm, during the past few hours, as coalition fighters continued to carry out precise air strikes on Houthi combat mechanisms in the vicinity. Haradh and Midi, where a vehicle containing Houthi leaders was targeted in Midi, killing 9 of them.

Today, the Arab coalition announced that it had carried out 15 targeting operations against militias in Marib and Hajjah during the past 24 hours, which led to the destruction of 11 combat vehicles and human losses among the militias.

The air defenses of the forces of the Fifth Military Region had shot down a booby-trapped drone launched by the militias towards army positions in the southwest of Midi, north of Hajjah.

In addition, field sources confirmed that more than 50 Houthis were killed in the battles of Haradh and Abbas, including the leader, Brigadier General Muhammad Hammoud Al-Muftahi, and Colonel Dhiab Al-Zaghafi, while the governor of Al-Jawf appointed by the Houthis, Faisal bin Haider, who is fighting in the Haradh front, was wounded.

In Al-Jawf, field sources said that the artillery of the army and tribes demolished a Houthi site in the Al-Nudoud front, east of the city of Al-Hazm, the capital of the province.

In Taiz, five Houthis were killed and others wounded, as the joint forces bombed, targeting militia vehicles that tried to position themselves in the seam areas of the Maqbna district.

In Sanaa, the Houthi militia met the United Nations' efforts to resume consultations by declaring mobilization and a broad mobilization process, according to the Saba Agency, which is under their control, noting that the head of the so-called Supreme Political Council, Mahdi al-Mashat, launched a campaign "to mobilize and mobilize" under the slogan "Yemen's Hurricane." It includes all official, popular and elite levels, to mobilize the largest number of fighters to strengthen their collapsed fronts.

For his part, the Minister of Information in the legitimate government, Muammar Al-Eryani, confirmed that the militias have turned schools into locations for attracting and recruiting children, calling on families in Houthi areas to prevent their children from using as fuel for Houthi battles to implement a foreign agenda in Yemen and the region.

In addition, educational sources in Sana’a confirmed that the so-called “Zeinabiyat” threatened and forced the mothers of male and female school students in Sana’a to attend sectarian courses, to inform them of the importance of sending their children to the fighting fronts, noting that the rejectionists were threatened with the expulsion of their children from schools, and taking them by force to the fronts.