Haiti: six months after the earthquake, a donor conference to finance reconstruction

Six months after the earthquake in Haiti, the interim government and the UN are organizing an international conference on Wednesday to finance reconstruction while the country is experiencing a... 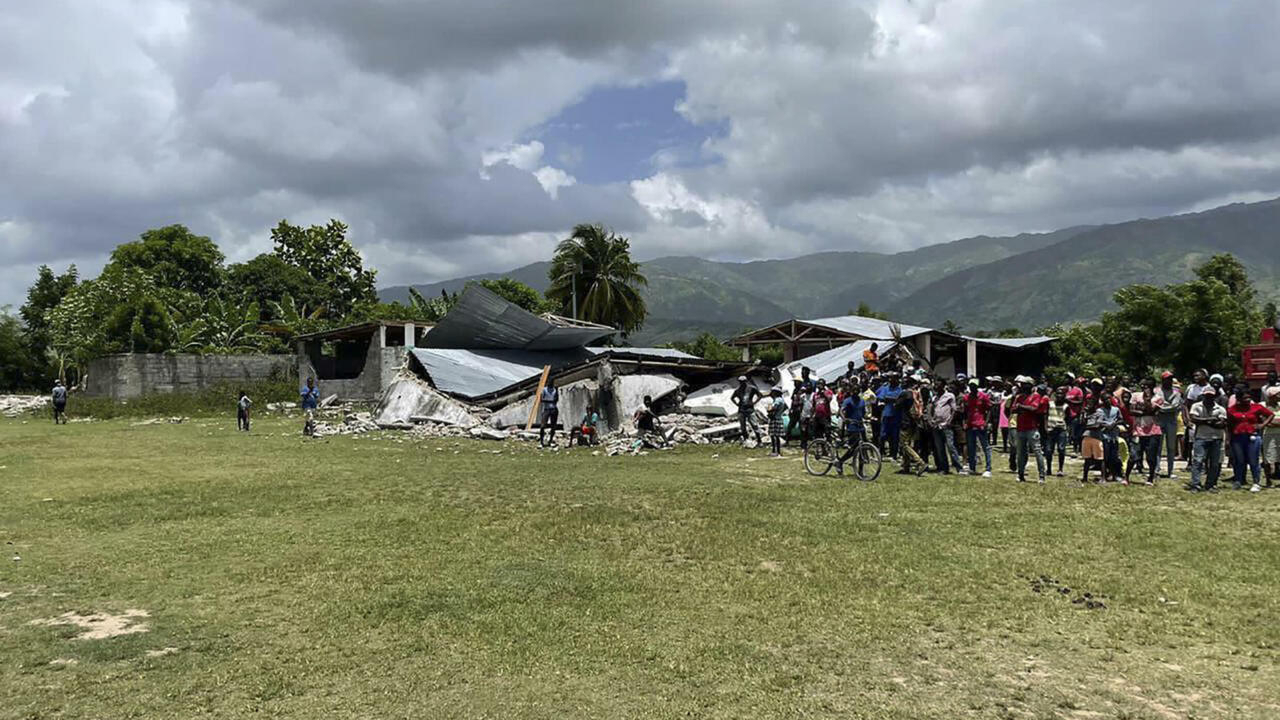 Haiti: six months after the earthquake, a donor conference to finance reconstruction

Visit of Haitian leaders and US military officials to Petit-Trou-de-Nippes, the epicenter of the earthquake that struck Haiti, on August 21, 2021. AFP - MARLEAH CABANO

Six months after the earthquake in Haiti, the interim government and the UN are organizing an international conference on Wednesday to finance reconstruction while the country is experiencing a serious political crisis since the assassination of President Jovenel Moïse.

The goal is to raise two billion dollars.

Three departments in the southern peninsula of the country were hard hit: 130,000 houses, 1,250 schools and many infrastructures were destroyed.

In the disaster areas, the situation of the survivors has changed little since the disaster of August 14, 2021. The authorities lack the means to come to their aid.

This is why the interim government is organizing this Wednesday, February 16, an international conference to finance reconstruction.

But Haiti is also going through a serious political crisis since the assassination of President Jovenel Moïse on July 7, 2021. The interim government headed by the provisional Prime Minister, Ariel Henry, is disputed.

For the new Haitian Minister of Culture and Communication, Emmelie Prophète-Milcé, the institutional crisis should not be an obstacle for potential donors.

We are going through a particular political period.

And over the last thirty years, in my opinion, almost all political periods have been special.

So there is a lot of controversy.

This is a somewhat abnormal situation, outside of formal democracy.

So whoever is there today, he or she would be rightly challenged

The Minister therefore calls for political debates to be put aside given the urgency of the situation.

Today, we have to think about the people of the southern peninsula,

We have to trust the institutions and tell ourselves that there are things that cannot wait.

We can't wait to start thinking about rebuilding the southern peninsula.

We cannot wait to build houses, to rebuild schools, to rebuild roads, and that everything done, everything thought of should be done first for the Haitian people who are waiting and who find themselves outside these debates for power.

In these villages on the mountainside, the population is left to fend for itself.

Michelson Samedi is a nurse in Jérémie, capital of Grand'Anse.

Every week, he travels on foot to isolated areas to treat the victims of the earthquake as little as possible. “

These places are really very far away, they are very remote places.

The peasants are neglected, they are left behind,

And the situation has not changed, people have no shelter.

There are not even temporary shelters.

These are the citizens, these peasants who make small tents to shelter themselves and stay with their children and their family.

The state and the non-governmental organizations, there are not really any efforts being made to give these people a better life.

And they don't have a second country to go to, they have to live in their country.

And they must live as human persons.

6 months after the earthquake in Haiti: the voice of the victims (Series 1/5)