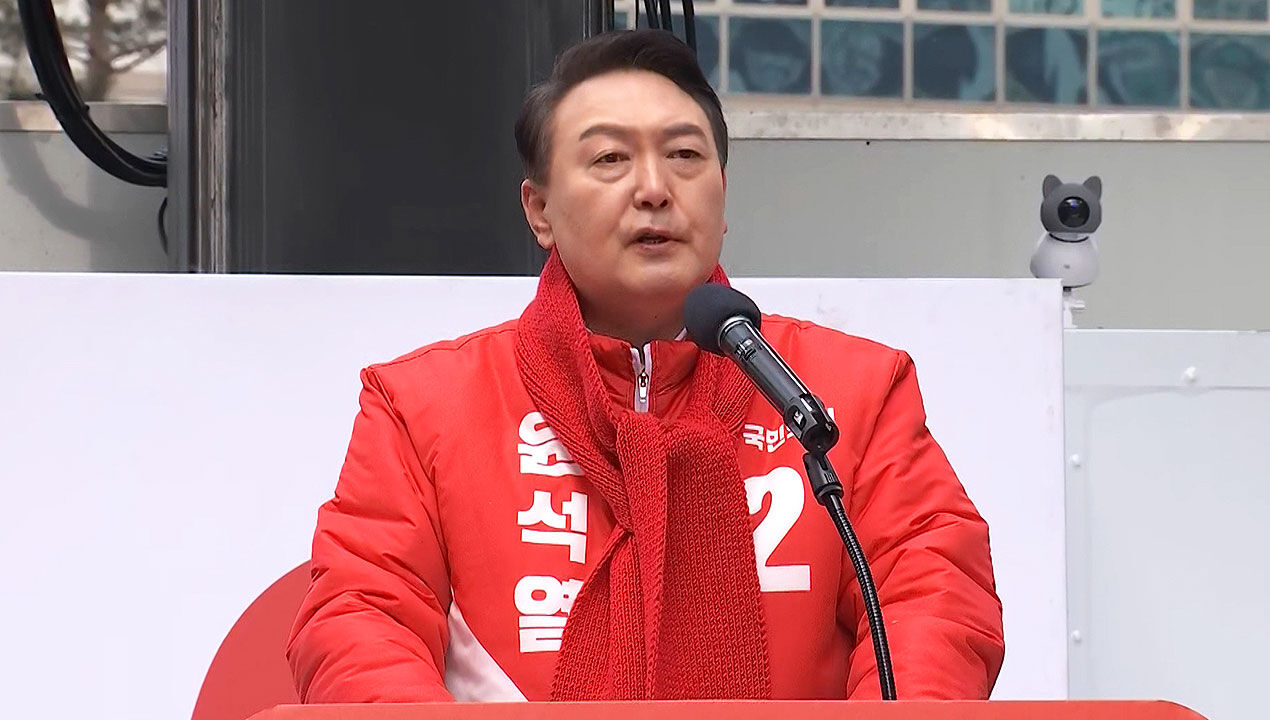 Starting with Gwangju today (16th), the campaign continues in Jeonbuk, Chungcheong, and Gangwon.

Yoon Seok-yeol, a candidate for People's Strength, who held a campaign at Cheonggye Plaza in Seoul, rode a train to the Gyeongbu Line and held a final campaign in Busan on the first day of the official election campaign.

He appealed for a change of government, directly hitting the allegations that Democratic Party candidate Lee Jae-myung was involved in Daejang-dong.

Is that the master of competent administration?

He is a master of illegality, foul play, and privilege, and his words change every day...

On his first day of campaigning, Candidate Yoon brought the 'Moon Jae-in regime judgment' to the fore by pointing out the failure to contain the corona virus, soaring house prices, and the nuclear phase-out policy.

Starting the official election campaign at Cheonggye Plaza in Seoul means ending the era of imperial Blue House and ushering in the era of President Gwanghwamun. Candidate Yoon explained that this was included.

Candidate Seok-Yeol Yoon plans to continue campaigning for bases in each region across the country today from Honam through Chungcheong to Gangwon.

In particular, we plan to send a message of 'national unity' by visiting Songjeong Maeil Market in Gwangju, where passport support is strong, and campaigning in front of Jeonju Station in North Jeolla Province.

Candidate Yoon held a joint campaign in Daegu with Rep. Hong Jun-pyo, who was a contender for the election yesterday, and tomorrow will meet with former Assemblyman Yoo Seung-min for the first time since the primary, spurring the 'one team' movement.