Valérie Pécresse criticized for having spoken of "great replacement"

Valérie Pécresse is at the heart of many critics for having mentioned the "great replacement" during its meeting on Sunday. "It is one more Rubicon that is crossed by the right", estimated the socialist candidate Anne Hidalgo. "Valérie&nbsp;Pécresse&nbsp;and the right have usurped their name, crossed the last limit", tweeted Christiane Taubira. 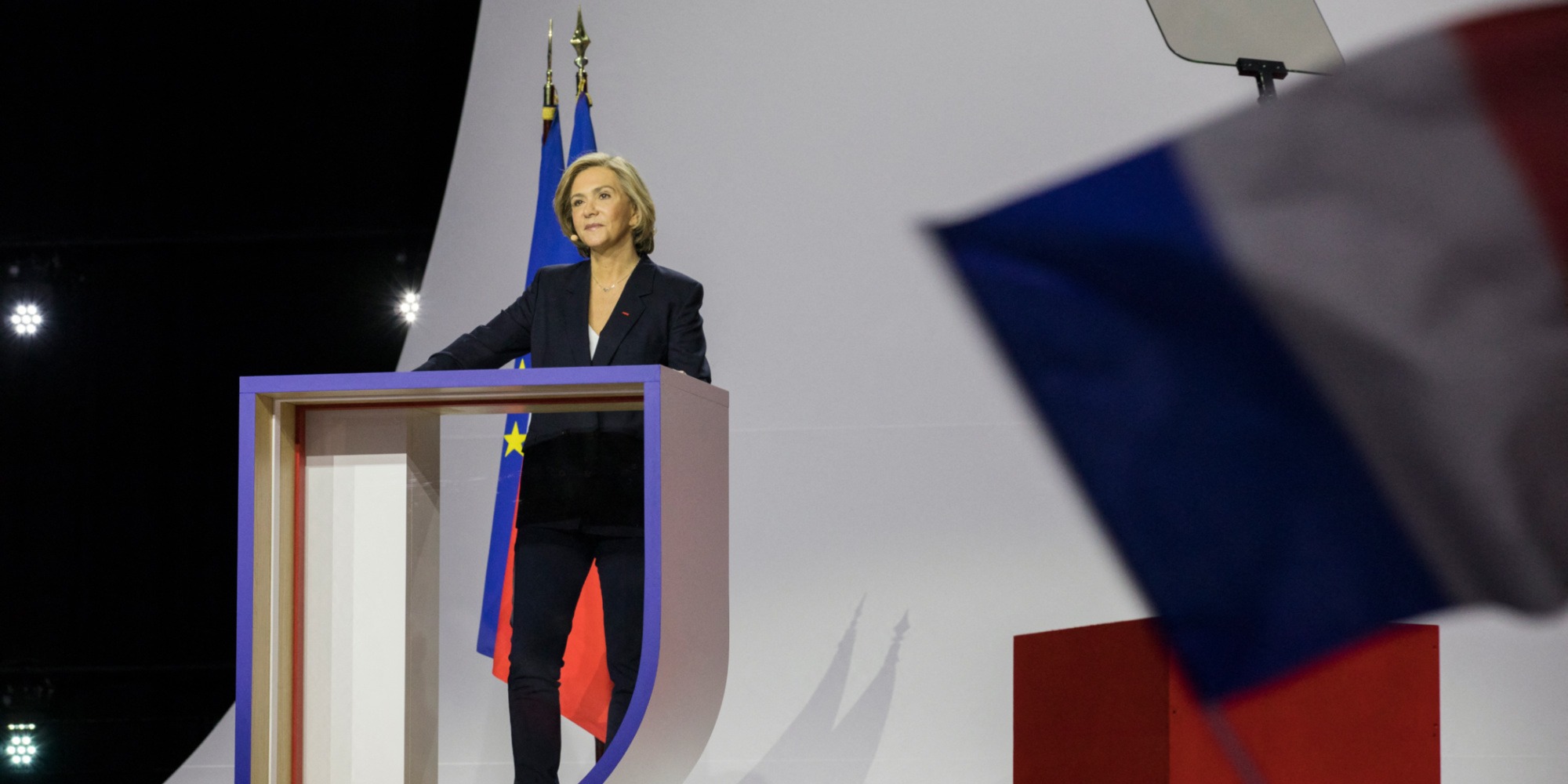 Valérie Pécresse is at the heart of many critics for having mentioned the "great replacement" during her meeting on Sunday.

"It's one more Rubicon that is crossed by the right," said socialist candidate Anne Hidalgo.

"Valérie Pécresse and the right have usurped their name, crossed the last limit", tweeted Christiane Taubira.

Valérie Pécresse (LR) had to explain herself on Monday about her use of the conspiratorial expression of "great replacement", very marked on the far right, which illustrates the difficulty of the LR presidential candidate to bring together all the sensitivities of the right.

"Valérie Pécresse and the right have usurped their name, crossed the last limit"

“Faced with these vital questions” which await France, “no fatality, neither to the great downgrading nor to the great replacement”, had affirmed the candidate during her first major campaign meeting, criticized as much on the form as on the substance, Sunday at the Zenith in Paris.

The formula was immediately pointed out on the left: "It's one more Rubicon that is crossed by the right", estimated the socialist candidate Anne Hidalgo.

"Valérie Pécresse and the right have usurped their name, crossed the last limit", tweeted Christiane Taubira.

"Valérie Pécresse makes the choice to plagiarize the far right", estimated the communist deputy Elsa Faucillon, while Clémentine Autin (LFI) condemned "the great replacement of the right by the far right".

The SOS Racisme association denounced remarks "not worthy of a major contender for the presidency of the Republic".

As for the reality of the phenomenon, she considered that "there are today in France areas of non-France, but I do not resign myself to this great replacement".

"It's something I've been saying for months, so I don't even understand the controversy," she added.

According to her spokeswoman Agnès Evren, "she refuted this theory".

"To be French is to share the love of France, the values, not to know if one is white, black or mixed race. That there is a concentration of immigrants in certain neighborhoods is a reality, that does not mean not say that there is a great replacement or that France has changed its face", she said on RFI.

Political scientist Pascal Perrinneau also underlines "a slightly biased reading, because at no time does she agree with this theory".

But the candidate spoke a lot about "order" in her speech on Sunday, speaking of "crossroads" or French "paper".

Presidential: Macron in the lead ahead of Le Pen, Zemmour and Pécresse tied

Valérie Pécresse had already used this expression in November referring to the conspiracy theory of a "great replacement", organized by the elites, of the European population by non-European immigrants.

For his indulgence with this notion, Eric Ciotti had drawn criticism in the fall.

The deputy of the Alpes-Maritimes, who made around 40% of the votes during the LR primary, estimated on Monday that "these two threats" which are "economic downgrading and identity change" are "major subjects" for the French. .

"Commentators may be surprised, deny the reality but the French measure this reality on a daily basis", he added on BFMTV.

Similar story for Bruno Retailleau on Public Sénat: "We walk on the head. We must fight against the police of media or political thought."

For Brice Teinturier, Deputy CEO of Ipsos, "the problem is that it tries to hold the two tendencies of the right-wing electorate, which are perhaps incompatible".

"It's an extremely complicated objective, which leads to a permanent big gap, hence situations that create ambiguity," he adds.

The LR candidate is indeed harshly attacked on her right by Eric Zemmour (Reconquest!), who had estimated on Saturday that she was "not on the right".

“I am a presidential candidate to stop the great replacement and fight against immigration,” he tweeted on Monday.

Including that of Eric Woerth who was surprised Monday at the "extraordinary gap" between the statements of Valérie Pécresse and the reasons which had pushed her to leave LR in 2019 because the party leaned, according to her, too much to the right.