Behind "cosmetic" measures, Afghan women still under the yoke of the Taliban

Four Afghan feminist activists who went missing after participating in an anti-Taliban rally in January have been released, the UN announced on Sunday. But behind this apparent good… 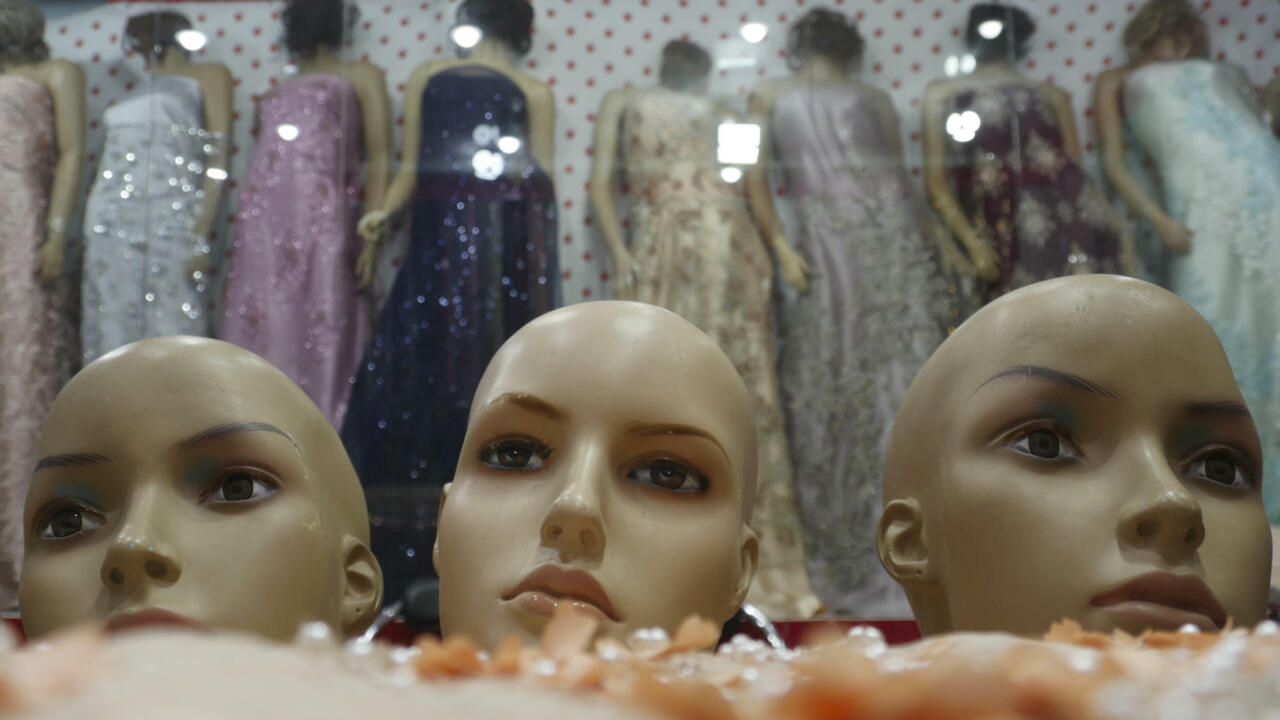 Arrested in January, Tamana Zaryabi Paryani, Parwana Ibrahimkhel, Zahra Mohammadi and Mursal Ayar have been released by the Taliban, UNAMA, the UN mission in Afghanistan, announced on Sunday.

These four activists had "disappeared" after participating in a rally in Kabul to defend women's access to education and their right to work.

The Taliban denied any responsibility for their disappearance.

After a long period of uncertainty about their whereabouts and safety, the four 'disappeared' Afghan women activists, as well as their relatives who also went missing, have all been released by the de facto authorities.

UNAMA calls for the rights of every Afghan to be respected.

For Victoria Fontan, vice-president for academic affairs at the American University of Afghanistan, contacted by France 24, this announcement shows that "nothing has changed" for Afghan women between the Taliban regime from 1996 to 2001 and that of today.

"The openness measures promoted by the Taliban since their return to power are cosmetic, she says. They try to be more modern, more progressive, but it's only about communication with Westerners to obtain recognition of the regime".

Taken by the throat by the suspension of humanitarian aid which represented 80% of the country's budget, the Taliban have been trying since their return to power in August to look good internationally.

They pledged to the UN on Thursday to ensure the protection of humanitarian workers in the country and to promote education there.

Two UN-assigned journalists and their Afghan colleagues were also released on Friday, according to the UNHCR.

But behind this veneer of goodwill, "the reality remains dark," says ActuElles Shaharzad Akbar, the former president of the commission for women's rights in Afghanistan, now in exile in Turkey.

>> To read: Online schooling, the only hope and ordeal of a young Afghan

Six months after the fall of Kabul, the situation of women continues to deteriorate in Afghanistan, in parallel with the serious economic crisis affecting the country.

Women were thus excluded from public life and their movements restricted.

In Kabul, for example, taxi drivers have been banned from picking up an unaccompanied woman.

Similarly, while the Taliban have announced that they are allowing women to study, their real access to university remains limited, recalls Victoria Fontan, whose university welcomed female students in Kabul and is now developing online courses.

"Women are prohibited from holding public employment, underlines the researcher. Deprived of job prospects, why would they go to university?".

Many female teachers have also been fired, which further complicates Afghan women's access to higher education, since they are not allowed to follow a course given by a man.

These apparently progressive measures are therefore "hypocritical" according to Victoria Fontan, who also criticizes the reduction in the obligation to wear the veil put forward by the Taliban.

"The Afghans themselves impose the burqa on the few women who dare to venture into the street, she describes. The Taliban no longer even need to impose rules, the population anticipates them. The population collectively self-censors out of fear of the regime".

In the streets of Kabul as in the countryside, the twenty years of American presence thus seem to have been swept away in a jiffy.

But pockets of resistance are developing.

Groups of women are structured on social networks.

A network of clandestine schools, originally created under the regime of former President Ghani to make up for the lack of functioning schools, has resumed service: classes are given to little girls in private homes .

Rallies are also sporadically organized to defend women's rights, such as the one Ibrahimkel and Paryani took part in before being arrested.

“Kidnappings of women activists create an atmosphere of terror and intimidation that discourages women from organizing and protesting,” she reports. “Targeted killings are on the rise. people. In a way, they are even more brutal and use a wider range of repressive techniques."

Far from the image of openness that they try to convey internationally to obtain the payment of humanitarian aid, the violence of the Taliban therefore remains "the same" as before, according to the two women.

Since the last arrests, many activists have had to go into hiding.

An Afghan poet and activist wishing to remain anonymous told France 24 that she feared being "killed" and seeing her family or children "hurt" by the Taliban because of her activity.

This climate of prohibition weighing on women is also reflected within homes.

Excluded from all public life, forbidden to travel, Afghan women are even more helpless than before in the event of domestic violence.

They "know that the second they leave their home, they will be arrested and sent to prison", summarizes to France 24 Mahbouba Serah, Afghan activist for women's rights.

87% of them have already suffered sexual, physical or psychological violence, according to the UN.

Their precarious situation is accentuated by the serious humanitarian crisis in Afghanistan.

While the country has been confronted for years with chronic food insecurity accentuated by global warming, the suspension of aid places twenty million Afghans under the threat of famine.

Families are forced to sell their underage daughters in order to feed themselves.

"The Taliban's strategy has always been to take the population hostage, denounces Victoria Fontan. This is typical of totalitarian regimes. The threat of famine allows the regime to put pressure on the international community to unfreeze its assets. The suspension of aid in turn allows the international community to put pressure on the Taliban to respect human rights. Caught between the two, the Afghan population is objectified".