A woman in her 50s died in a fire in an apartment building in Forsbacka outside Gävle late on Friday night. 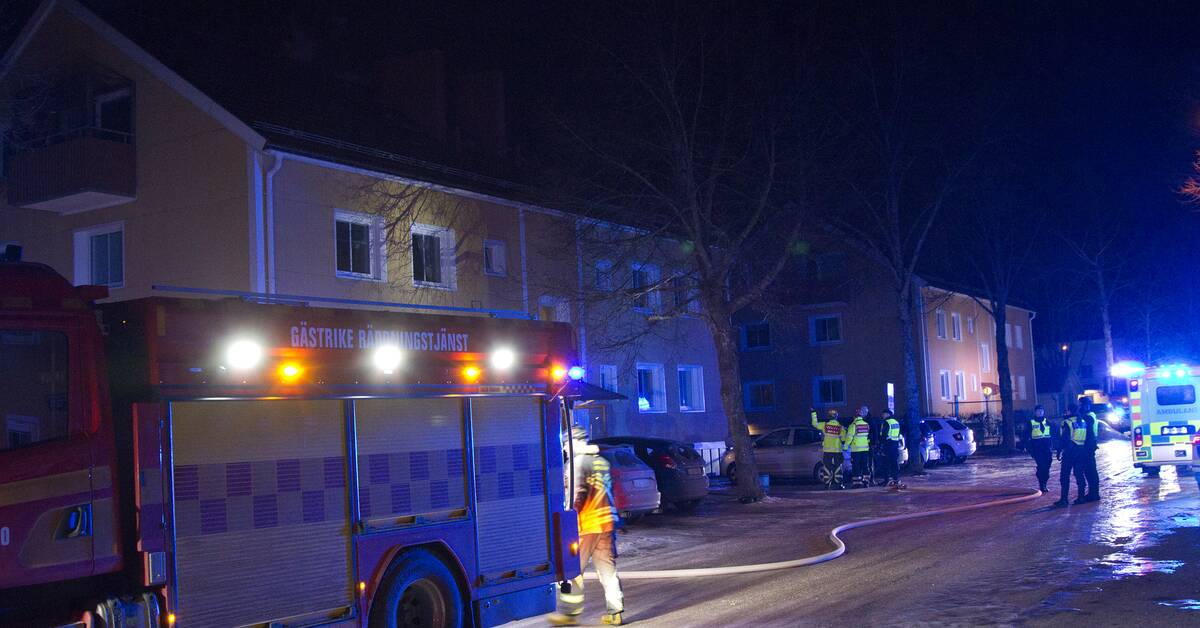 It was 23 o'clock on Friday night when it started to burn in an apartment in Forsbacka.

- There is quite a strong smoke development already when we get to the place, says Pontus Hjelm, RLC officer at the police.

A woman who was in the apartment was picked up by smoke divers.

She was taken by ambulance to hospital and later died of her injuries.

The occupants of the house were evacuated.

Emergency services personnel from two stations were on site on Friday night and by midnight the fire was extinguished.

The place is cordoned off and the police have initiated a preliminary investigation into the arson.

- In a fire where people have died, it is usually done so that we get more tools.

We have cordoned off the apartment and adjoining spaces to be able to investigate what it is that has caused it to start burning, says Pontus Hjelm.