The intruder at Buckingham Palace will become the Queen of Britain .. Who is Camilla?

After Britain's Queen Elizabeth expressed her "sincere" wish that Prince Charles' wife would receive the title of Queen when he became king of the country, attention was drawn to Camilla, after she was for a long time considered an outsider to the royal family. 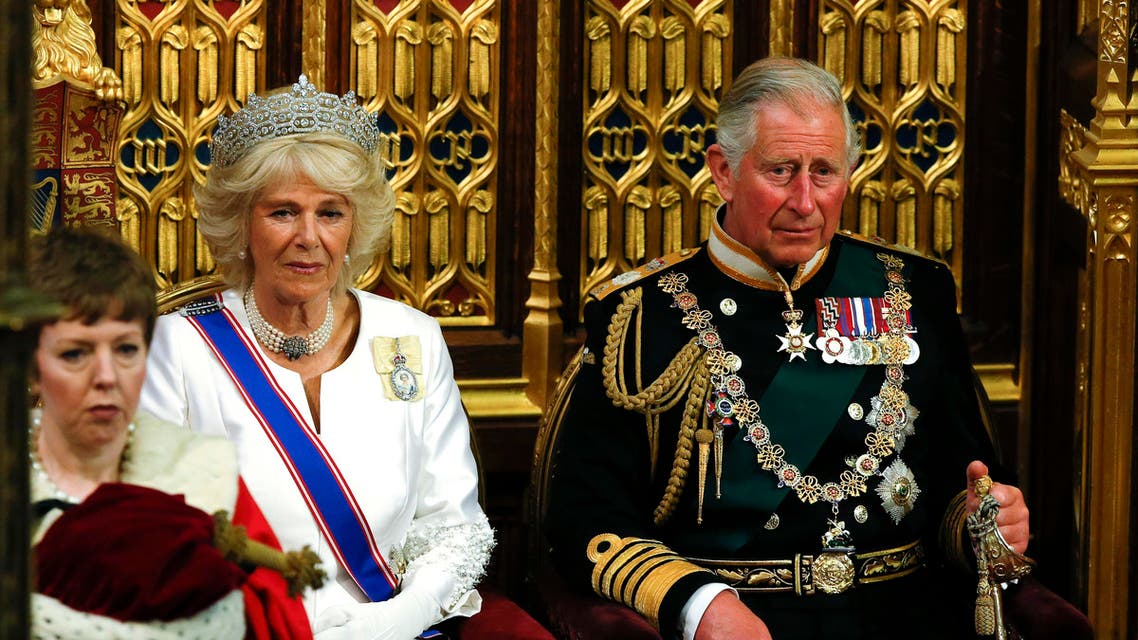 The intruder at Buckingham Palace will become the Queen of Britain .. Who is Camilla?

After Britain's Queen Elizabeth expressed her "sincere" wish that Prince Charles' wife would be crowned queen when he becomes king of the country, attention was drawn to Camilla, who was for a long time considered an outsider to the royal family.

Since joining the family by marrying Prince Charles 17 years ago, 74-year-old Camilla has been able to play her part, becoming a high-ranking member of the British royal family.

Camila has many nicknames.

The Duchess of Cornwall's path to popular acceptance was not easy, nor was it furnished with roses, according to "Al Arabiya.net."

In 1994, Prince Charles admitted to his infidelity with Camilla, but said it came after his marriage to Diana "irreversibly fell apart".

Who is the future queen of Britain?

Camilla Rosemary Shand was born at Kings College Hospital on June 17, 1947. Her father, Bruce, was an Army officer and twice awarded the Military Cross, before being wounded and captured by Germans during the Battle of El Alamein in Egypt during World War II.

Father spent the rest of the war in captivity, and after returning to Britain at the end of the war he became a liquor dealer.

One of the first to be named Person of the Year for cigar smoking was her mother, Rosalind, and is the granddaughter of Alice Cable, mistress of King Edward VII.

The family home was a large 18th century house at the foot of the South Downs in Sussex.

Every year, its beautiful gardens were opened for the summer celebrations of Britain's Conservative Party.

Camilla, the couple's eldest daughter, had a happy childhood in the upper echelons of society and described her childhood as "perfect in all respects".

The home I grew up in was a relaxed atmosphere filled with children, books and pets.

I attended an elementary school in the village where children were served fresh milk from a farm directly across from the school.

She covered her bedroom with the flowers she had won in sports.

She was also fond of horses as a teenager.

That in 1958 Camilla attended Queen's Gate School in Kensington, London, but left it to finish her studies in Switzerland at the age of sixteen.

Her parents threw a cocktail party for her at Searcy, a posh venue in Knightsbridge, London, attended by 150 people, including many wealthy prospective speakers.

One of them was a handsome officer named Andrew Parker Bowles, with whom he had been on and off for seven years.

Camilla did a lot of work including interior design, which did not last more than a week, as she was fired for arriving late despite the proximity of her place of residence to her workplace.

How did you meet Prince Charles?

Prince Charles of Wales was 22 years old when they met.

He had just graduated as a pilot in the RAF and was about to join the Royal Navy.

They were introduced to each other by a mutual friend, the Chilean historian Lucia Santa Cruz, in the early 1970s.

According to his royal biographer Penny Junor, Santa Cruz teased them jokingly about the relationship between King Edward and his mistress, Alice Cable, Camilla's grandmother.

Camilla married for the first time in 1973 and it was a community event that year, where Princess Margaret, Princess Anne and the Queen Mother were among the 800 guests.

Prince Charles was invited, but he apologized for attending as he was still serving in the West Indies.

After the birth of her daughter, Camilla returned to her relationship with Charles.

Camilla provided emotional support for the prince, who was trying to play the role of heir to the throne.

Her husband, Andrew Parker-Bowles, learned of their relationship, but decided not to make a fuss, because he was sure that the relationship was fleeting and would not reach a disturbing stage.

Andrew and Camilla lived apart for a long time but eventually decided to divorce.

In 1997, when Diana died in a car accident in Paris, there was an angry public backlash against the royal family, especially against her ex-husband Charles.

Camila did her best to stay out of the media and limelight during that stormy phase.

The Queen was against Camilla and Charles' relationship out of fear that they would cause further damage to the royal family, but for Charles his relationship with Camilla was "non-negotiable".

Two years later, the mood subsided, and a picture of Charles and Camilla together appeared for the first time.

Camilla met the Queen in a private party in the year 2000 and most importantly developed a strong relationship with Charles' children, William and Harry.

The couple could not have their civil marriage contract in the chapel of Windsor Castle, so it was decided to hold a wedding ceremony in the Guildhall Building in Windsor.

Camilla was very nervous during the party for fear that a fan of Princess Diana would throw an egg at her.

The Queen, as head of the Anglican Church, did not attend the wedding.

But she did host a reception and gave a short, touching speech at it.

Camilla has since become Her Royal Highness The Duchess of Cornwall.

Camilla has made royal tours to many countries such as America, Australia, New Zealand and Jordan, as well as sponsoring many charitable causes, such as raising funds for victims of domestic violence, those with osteoporosis, or illiterates who cannot read and write.