Infantas Elena and Cristina: single at 50 and with no desire to rebuild their lives

Who was going to tell us 25 years ago when we had happily placed the infantas (finally, because marrying the children of Don Juan Carlos and Doña Sofía was a matter... 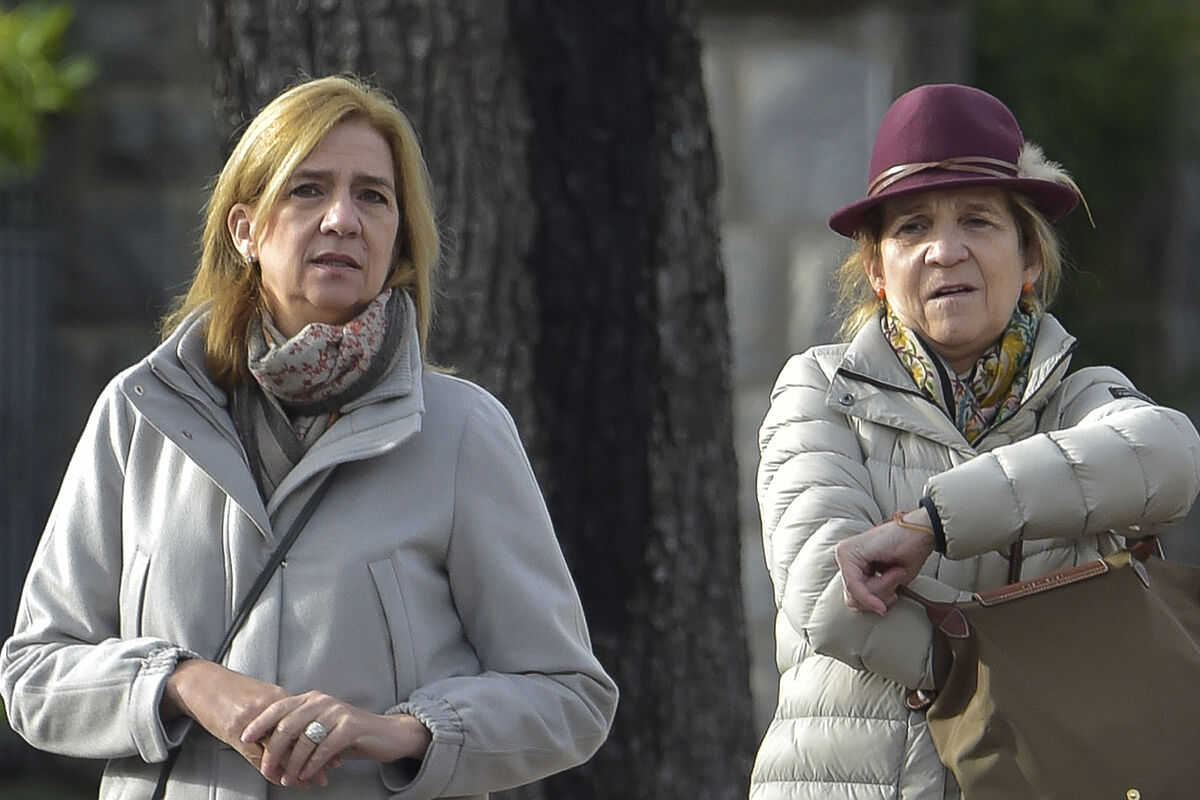 the infantas (at last, because marrying the children of Don Juan Carlos and Doña Sofía was a matter of national interest that had lasted too long), that in the new millennium would be single again.

To his regret, today they are no longer the great party of that time

, because they are no longer part of the Royal Family, however, they are two attractive women in their fifties who, if they do not rebuild their lives after their separations, is possibly because they don't want to.

It is normal that after everything that has happened they prefer to dress saints to undress future mistakes.

In the case of the Infanta Cristina, it is because she is not yet ready.

She feels herself on the cover of

a sad expression, close-up glasses and a black mask dragging a

through the airport on her way to Abu Dhabi to see her dad.

With the wedding band still shining on the ring finger.

Little time has passed since her husband's last infidelity, this time with light and stenographers.

A betrayal that she seems willing to forgive again, if she was already able to support him during his stay in prison and stop talking to her family about her by staying by her side... anything is possible.

Although the natural thing is that this

"interruption in the marriage relationship"

Who had retained and we must remember her sentimental past full of great conquests.

conquests of the past

Cristina de Borbón, the first member of the Spanish Royal House with a university degree (she did Politics at the Complutense), had wonderful boyfriends before Urdangarin who surely would not have given her so much trouble.

One of them was

with a great body and blue eyes who was introduced to him by the then-boyfriend, today the husband, of his cousin Alexia, Carlos Morales shortly before Barcelona'92.

With Alexia he spread the time during the Olympic Games.

Both were related to the beautiful people of Ciudad Condal and alternated in motley circles that sparked rumors of the infanta's romance with various men, from Cayetano Martínez de Irujo to Juanjo Puigcorbé, passing through the also sailor José Luis Doreste.

The person he seriously dated was

(who later died in a sports accident in 2013), they were together for three years with the approval of both families, but in the end they broke up.

She was also related to the current King Philippe of Belgium and to Jesús Rollán, a water polo player who introduced her to Urdangarin and who tragically died in 2007 when he fell out of a window in full rehabilitation treatment.

With regard to the Infanta Elena, she has already been

and since then no other formal relationship has been known (neither has he, on the other hand), no matter how much they have related her to her coach, Felipe Zuleta;

her boss at Mapfre, Fernando Garrido;

The reality is that before forming a family with one of the children of the Dowager Countess of Ripalda, Elena de Borbón had known only one great love,

, with whom she dated for two years in the 1980s but with who never got married.

She later got involved, when she went to live in Paris, with George of Habsburg and Archduke Martin of Austria-Este.

But those were just rumours, perhaps shoulders (and men) to cry on after her breakup with Astolfi.

Today the infanta is alone and happy, but candidates for her and her sister are not lacking.

At the moment we propose a few presents on our list this year:

The Duke of Alba,

, is very alone in the Palacio de Liria.

Duke of Alburquerque, have just separated from

Luis Gasset, director of Ansorena, moves with aristocrats after breaking up with Ágatha Ruiz de la Prada and is a very handsome companion.

Alfonso Diez has a great conversation and Bertín Osborne is very monarchical.

Rafael del Pino has many possibilities, like Florentino Pérez, we must not lose sight of them.

Nor to Fermín Bohórquez, a great rancher.

Nor to Cristóbal Martínez-Bordiú, already separated from

, owner of Mango, passionate about sailing and billionaire.

Luis Miguel Rodríguez, the junk dealer, who conquers everyone for some reason.

They are younger, but the hoteliers Chiqui Calleja and Fernando Nicolás are ideal for going out for a drink... And why not a revival with Astolfi, who is separated?

Names keep coming up: the massive

PodcastCristina de Borbón and Iñaki Urdangarin, the society that could handle almost everything

Scandal This is Ainhoa ​​Armentia, Urdangarin's co-worker with whom he has fallen in love