Your facilities, towers, and ports are "legitimate" targets... the Iraqi Promise Al-Haq brigades threaten the UAE and Washington pledges to help Abu Dhabi

The Iraqi Promise Al-Haq Brigades - which recently bombed the UAE with 4 drones - issued a statement vowing to target the UAE again, while the United States promised to help Abu Dhabi to renew its interceptor missiles. 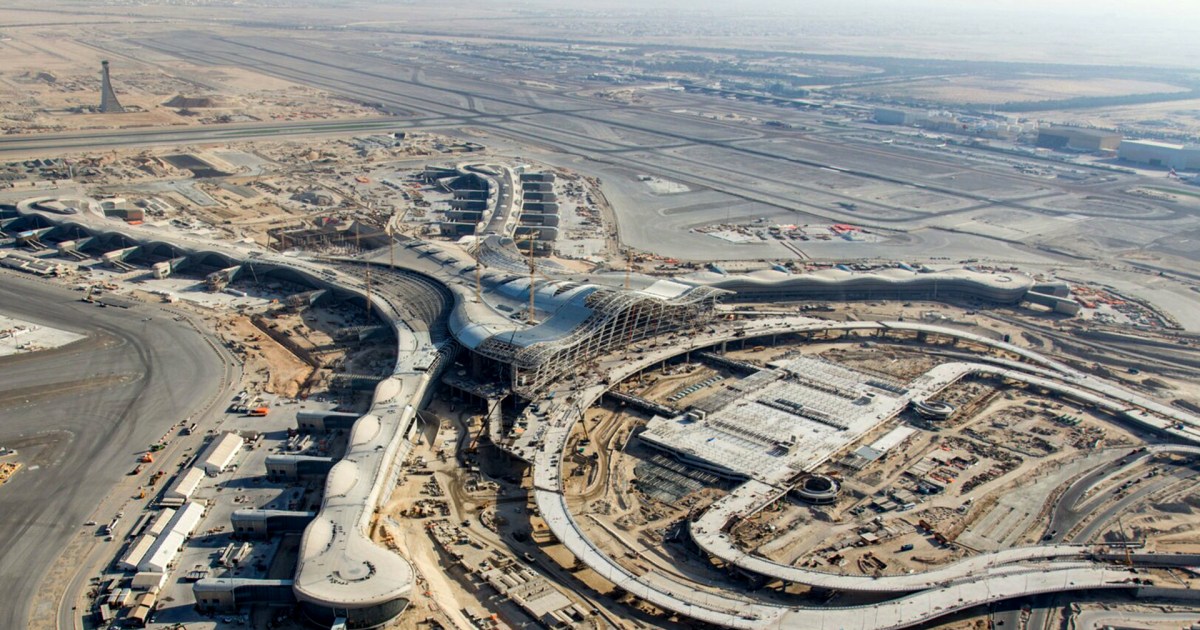 The Iraqi Promise Al-Haq Brigades - which bombed the UAE last week with 4 drones - issued a statement vowing to target its lands again, while the United States promised to help Abu Dhabi to renew its interceptor missiles.

The Iraqi Promise Al-Haq Brigades confirmed that the UAE's facilities, towers and ports represent legitimate targets, and that targeting will not be limited to drones and long-range missiles, according to its statement.

What are the brigades of true promise?

When tracking the activity of this group through social media, and the history of its operations;

It turns out that the recent bombing of Abu Dhabi is not the first operation;

The first mention of the name of the "Promise of Truth Brigades" was on January 23 last year, when the group claimed on its Telegram website an attack by a drone on the Saudi capital, Riyadh.

On January 27, 2021, the Al-Waad Al-Haq Brigades published a photo of an air combat drone while targeting the Burj Khalifa in Dubai, UAE.

The group stopped publishing after that, until the targeting of Abu Dhabi came a few days ago.

The Promise of Truth Brigades do not fall under the umbrella of the Popular Mobilization Authority, which is funded by the Iraqi government, as it was formed from a group of fighters who belong to the "Asa'ib Ahl al-Haq" and the Iraqi "Hezbollah" Brigades, according to an informed source who refused to announce his identity.

The source adds to Al Jazeera Net that "the Iraqi resistance factions have taken a new way to strike their enemies, including the UAE and Saudi Arabia, which are fighting the Ansar Allah (Houthis) movement in Yemen."

An American pledge to help the UAE

Meanwhile, the commander of the US Central Command, Frank McKenzie, said - in an interview with Reuters - that the United States will help the UAE renew interceptor missiles after it was exposed to a series of unprecedented attacks launched by the Houthi group in Yemen.

McKenzie added - after a visit to Abu Dhabi this week - that the United States will do everything in its power to help the UAE defend itself.

McKenzie, who also expressed concern about the Houthi attacks on Saudi Arabia, acknowledged that the United States suffers from limited reconnaissance capabilities over Yemen.

McKenzie declined to speculate on whether the Pentagon might allocate additional reconnaissance capabilities to Yemen, saying "anything is possible."

He pointed out that Yemen "is a large country, and you have to take decisions according to priorities."

Reuters quoted an informed source as saying that the UAE asked the United States in particular to renew the missile defense systems, including the THAAD and Patriot systems.

And Pentagon spokesman John Kirby said - in an exclusive interview with Al Jazeera - that the United States will continue to search for ways to help the UAE and Saudi Arabia better defend themselves against the continuing threats.

He added that more than 400 attacks were recorded by the Houthis on Saudi Arabia and the UAE, and we will continue to express clearly to everyone in the region, and certainly to our Emirati and Saudi partners that we stand with them.

In the past few weeks, the Iran-aligned Houthis launched a series of strikes on Emirati targets that led to Emirati and US air defenses firing, and even saw US forces stationed there take cover for a short period.

Although the Houthis have long been targeting Saudi Arabia, sources in the group say that last month it responded for its losses on the battlefield with unprecedented attacks on the UAE.