Yemen... The coalition bombs Houthi sites in Hajjah and Saada, and the army announces the liberation of the strategic city of Haradh

The coalition announced that it had carried out 16 air targeting operations against the Houthis in Saada and Hajjah in Yemen during the past 24 hours, while the Yemeni army confirmed the liberation of 80% of the strategic city of Haradh from the grip of the Houthis. 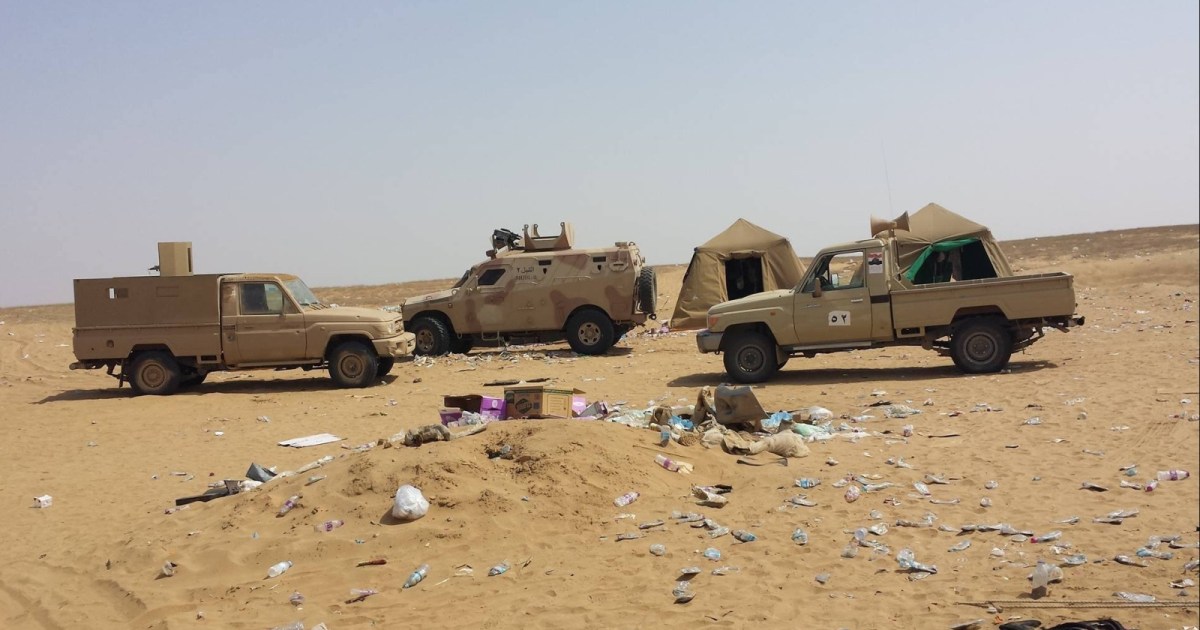 The Saudi-led coalition announced that it had carried out 16 air strikes against Houthi sites in Yemen during the past 24 hours, while the Yemeni army confirmed the liberation of 80% of the strategic city of Haradh from the Houthis' grip.

The coalition said - in a brief military statement reported by the Saudi News Channel - that air military operations were carried out targeting Houthi militia sites and gatherings in the governorates of Hajjah and Saada.

He pointed out that the targeting operations resulted in the destruction of 13 Houthi military vehicles, in addition to heavy human losses sustained by the Houthi militia.

Earlier, the coalition said - in a statement - that it would bomb critical points in Sanaa that the Houthis use to launch drones, and demanded civilians to evacuate civilian sites used militarily.

This came after the coalition announced that 18 people were injured in a drone attack launched by the Houthis yesterday, Thursday, on Abha International Airport.

On the other hand, the military spokesman for the Houthis, Brigadier General Yahya Saree, announced that they had targeted a military site he described as important at Abha airport with a "Qasef-2" drone.

Meanwhile, Yemeni military sources said that violent confrontations have been taking place between the Yemeni army and the Houthis in the Haradh district of Hajjah Governorate (northwest of the country) since dawn today.

The sources added that the army shot down a Houthi drone, and that coalition raids targeted sites and vehicles belonging to Houthi militants, including an air defense system.

The sources added that the Houthis fired ballistic missiles that fell in areas of the Haradh district.

A statement by the army spokesman, Brigadier General Abdo Majali, said that the Yemeni army forces liberated 80% of the strategic city of Haradh in Hajjah Governorate (northwest) since last Friday.

He explained that the army has secured the international line linking the governorates of Hajjah and Hodeidah at a distance of 70 km, and the engineering teams of the army are working to remove obstacles and mines planted by the Houthis on roads, government facilities and citizens' homes.

Haradh is considered one of the important Yemeni cities, as it includes a vital land port linked to Saudi Arabia, and it is one of the most important ports in Yemen.

In international situations, US National Security Adviser Jake Sullivan said that the United States strongly condemns what he called the terrorist attack on Abha, which resulted in the injury of innocent civilians.

Sullivan made it clear that the Houthis bear responsibility for the attack, and that Washington will work with Saudi Arabia and international partners to hold them accountable.

For its part, the US State Department condemned the attack, saying that the Houthis followed a dangerous pattern of obstructive and increasingly aggressive measures against Yemenis, Yemen's neighbors, and the international community.

And it indicated in a statement that the repeated attacks in the past weeks have damaged civilians and civilian infrastructure, calling on the parties to the war in Yemen to come to the negotiating table and support the new peace process led by the United Nations.

In an exclusive interview with Al Jazeera, Pentagon spokesman John Kirby said that the United States will continue to search for ways to help the UAE and Saudi Arabia better defend themselves against the continuing threats.

What Kirby said to Al Jazeera was confirmed by the commander of the US Central Command Kenneth McKenzie in an interview with "Reuters", he stated that the United States will help the UAE renew interceptor missiles after it was exposed to a series of attacks by the Houthis.

He added - after a visit to Abu Dhabi this week - that the United States will do everything in its power to help the UAE defend itself.

McKenzie acknowledged that the United States suffers from limited reconnaissance capabilities over Yemen.

Reuters quoted an informed source that the UAE asked the United States in particular to renew the missiles of the interceptor defense systems, including the THAAD and Patriot systems.

Yemen has been witnessing for more than 7 years a continuous war between pro-government forces backed by an Arab military alliance led by the neighboring Saudi Arabia, and the Iranian-backed Houthis, who have controlled several governorates - including the capital, Sanaa - since September 2014.